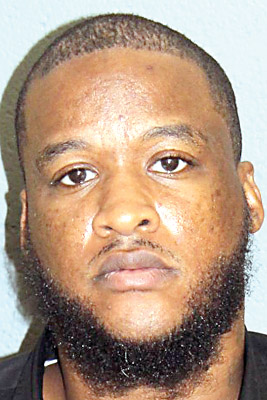 HOLLIDAYSBURG — An Altoona man convicted in August of cocaine-selling offenses was sentenced Tuesday to two years and three months to a maximum of nine years in state prison.

Judge Daniel J. Milliron handed down the sentence to Troy Joseph Adams, 36, who told the jury he didn’t supply the cocaine that Carlos “Malik” Benitez and Rachelle Summers of Altoona sold to a confidential informant.

“The jury’s decision was based on a largely circumstantial case,” defense attorney Richard Corcoran told the judge.

Milliron, who presided over Adams’ trial, acknowledged that the jury couldn’t reach a verdict on charges in connection with an April 18, 2016, cocaine sale.

But for the April 19 and May 9, 2016, transactions, the jury offered guilty verdicts. Milliron came up with the incarceration time by imposing consecutive sentences for conspiracy with intent to deliver, delivery of a controlled substance and criminal use of a communication facility.

Adams, who continued Tuesday to profess his innocence, said he “definitely” wants to appeal, and Corcoran said he will be following up on that.

The jurors reached guilty verdicts based on drug-trafficking offenses in connection with the April 19 and May 9 transactions. Evidence collected indicated that Adams or his vehicle were seen on those days in the same areas where Benitez secured cocaine that he later sold to a confidential informant.

In support of the charges, police offered a surveillance photo, taken May 9, 2016, showing Benitez reaching through the window of a Dodge Charger on the 2300 block of Beale Avenue, where Benitez was residing.

While the driver’s face wasn’t visible, police confirmed that the vehicle was registered to Adams. And when the Dodge Charger left the 2300 block of Beale Avenue, Altoona Police Sgt. Matthew Plummer said he followed it to the 10th Avenue Expressway where he was able to see Adams as its driver.

Corcoran said Adams came to Altoona as a teenager and has lived here for about 20 years. He previously operated the Soul Platterz restaurant, now closed, in downtown Altoona.

Adams, who has been out of jail on bail, also asked Milliron on Tuesday to delay his reporting date to prison by a week. Milliron said no, based on having received a report indicating that Adams violated one of the rules he was to follow while remaining out of jail and awaiting sentencing. The judge did not say what the violation was.

Weeks also reported that Adams has three additional pending criminal cases, reflecting drug-selling charges filed in 2018 based on transactions in 2017.

“That’s evidence that this defendant is not inclined to change his behavior,” Weeks said.