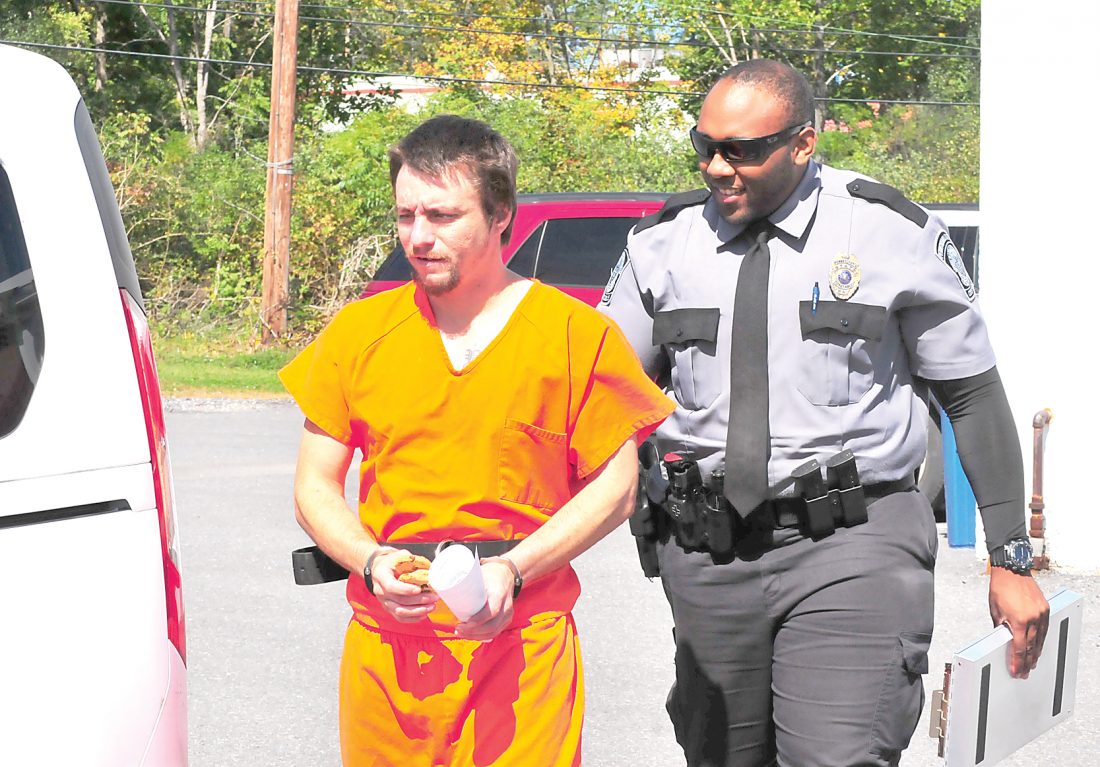 Benjamin C. Wrye, 31, is led out of Tyrone District Court on Tuesday after he waived his case on to Blair County Court. Wrye faces attempted homicide and related charges stemming from an Aug. 23 stabbing. (Mirror photo by Greg Bock)

A Warriors Mark man accused of stabbing a man in the chest will face trial.

Benjamin C. Wrye, 31, appeared briefly in Tyrone District Court on Tuesday afternoon, where he had been scheduled for a preliminary hearing on attempted homicide and related charges stemming from the Aug. 23 stabbing of a Tyrone man.

Instead, Wrye waived his case on to Blair County Court.

Wrye was arrested at a Bald Eagle convenience store after he fled the scene of the stabbing, which police said happened about 10 p.m. on the porch of a home at 811 Park Ave.

The victim of the stabbing had been in critical condition after he was transported to UPMC Altoona. He was present outside District Court on Tuesday.

Tyrone police allege Wrye showed up at 811 Park Ave. with three other people and was looking for a female that had “burnt them,” according to the charges.

An argument ensued and Wrye allegedly pulled out a knife and stabbed the man in the left side of the chest. The man, who suffered a 1.5-inch wound, told responding officers that Wrye stabbed him.

Wrye spoke briefly with his parents after signing his paperwork to waive his case and he was taken from Tyrone to Blair County Prison after his court appearance.