Borough native gave back to hometown as mayor, public servant 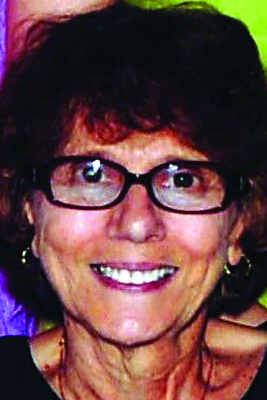 GALLITZIN — Walk down the street in the Borough of Gallitzin, and just about anyone you’d stop would probably know the name of Nancy Knee and they’d most likely have a kind word to say about her, said the friends and family who knew her.

“She was just such a likeable lady,” said lifelong friend Eileen Fabbri of Gallitzin.

Knee, a native and lifelong resident of the Cambria County town, passed away Wednesday at the age of 75. She loved all things about Gallitzin and held many public offices in the borough, including mayor, for which she was on the ballot to probably win for a second time this November.

Roberta Rodriguez, one of Knee’s three daughters, said her mother was very proud that she was the borough’s first and only female mayor to date. Knee had served as mayor in the 1980s for two terms and had then agreed to run again this year when the current mayor resigned.

“One of the things she really enjoyed doing as mayor was the ability to marry people; she really liked doing that,” Rodriguez said. “She was able to perform ceremonies for several friends and family members. We even bought her own black robe for the occasions.”

While her daughters were growing up, Knee was active as a Girl Scout leader among other activities. She also took part in the American Legion and Moose auxiliaries and maintained throughout her life active participation in her church, St. Demetrius Catholic Church in Gallitzin.

With Fabbri and others, she oversaw the counting of Sunday collections and helped out with food preparation for card parties to benefit the church.

But Knee’s largest public service stint came on the Gallitzin Sewer and Disposal Authority. Knee started working for the authority more than three decades ago, and she was still working for it up until the end. She had even won an award for her work on the municipal board, her daughter said.

“She was still employed the day she died,” Rodriguez said. “We had tried to get her to pass the torch, but she just loved that work. She knew so many of the intricacies of it, and she was still capable. It was hard for her to give it up.”

Knee, a 1962 graduate of Gallitzin High School, was naturally talented in math and had a knack for working with numbers and calculations, Rodriguez said. She also enjoyed local politics and working with people.

“She loved things like the National Night Out because it got the community out and taught safety tips to the kids,” Rodriguez said.

Despite all of her civic duties, Knee always made time for her family, first her immediate family, then her grandchildren, Rodriguez said. Knee married her husband Robert in 1967 and together the family went on vacation every summer and then later on cruises.

Rodriguez said she and her sister, Jonette, became accountants, reflecting their mother’s interest in financial matters, while their sister Celeste majored in political science, following their mother’s public service career.

Knee’s friend Fabbri said she remembered going to Knee’s house to pay her taxes when Knee was the tax collector. She’d first met Knee when the two worked together at a clothing factory in Gallitzin.

Fabbri was only 17 years old then, Knee a few years older.

But Knee was as kind and friendly as she would prove to be all through the many years of their friendship.

“She was quite the lady,” Fabbri said of her friend. “She was a wonderful mother and grandmother.”