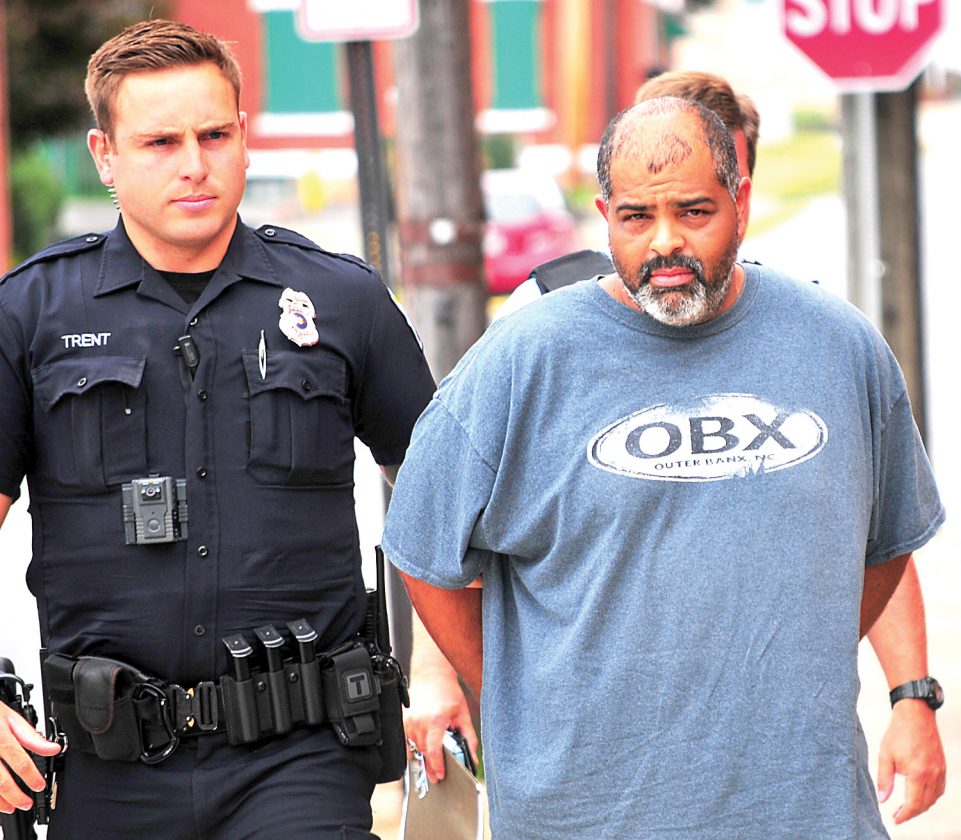 The suspect who Altoona police say used a box cutter in an assault a week ago at the Salvation Army is now in custody.

Julio Sanchez, 43, of Reading turned himself in to Altoona police on Friday to face charges that include felony aggravated assault with a deadly weapon, but his attorney said Sanchez disputes the allegations and is pleading not guilty.

“We believe the facts will eventually show the alleged victim was not entirely truthful with the Altoona police,” attorney Thomas Dickey said after Sanchez was arraigned before Magisterial District Judge Daniel DeAntonio on Friday afternoon.

Altoona police allege the assault continued outside and that the victim was cut with a box cutter.

Dickey said his client in no way tried to avoid answering to the charges, and he contacted Altoona police on Sanchez’s behalf.

According to the charges, Sanchez showed up at the center about 2:30 p.m.

The resident told Sanchez he didn’t know what he was talking about, and Sanchez punched him in the jaw, police said.

The employee told Sanchez to leave, and he was escorted outside. Police said the resident tried to find out what Sanchez was talking about as Sanchez swore and berated him.

Police said Sanchez’ girlfriend was in a counseling facility with the resident at one time and they had communicated through social media as part of an extended support network for attendees of the facility.

Sanchez allegedly retrieved a box cutter from his pickup truck and charged the resident outside the Salvation Army, leaving the resident with a cut to his bicep that required four stitches and a cut to his face that needed three stitches.

Sanchez then jumped in his pickup truck and drove away, according to the charges.

DeAntonio set bail for Sanchez at $25,000 cash, and he was lodged in Blair County Prison on Friday. A preliminary hearing is slated for Wednesday at Central Court.

Dickey said Sanchez believes the allegations are inaccurate and is looking forward to his day in court.