What could have been brings city native home 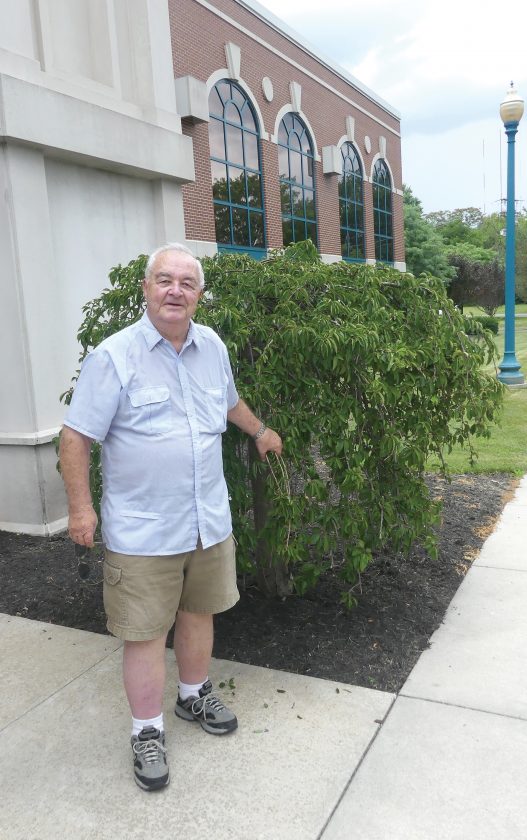 Bob Gutshall’s life was changed by the events of 9/11. He moved back to Altoona and got involved in local government affairs. “It kept me busy,” he said.

Fleeting near involvement in the most galvanizing American event of this century triggered an Altoona native’s subsequent involvement for 17 years in an activity that hardly registers on the public-interest scale.

On Sept. 11, 2001, Bob Gutshall was flying from his home in Florida for a business meeting with an insurance company in the North Tower of the World Trade Center, when the first airplane struck, which, coupled with the crash of the second plane into the South Tower 17 minutes later, led to the plane carrying Gutshall to return to the Orlando airport.

Gutshall and his two consulting-firm partners traveling together that day “dodged a bullet,” Gutshall said. The trio were scheduled to meet with their firm’s insurance-company client in the North Tower at 10:30 on the morning of 9/11, Gutshall said.

As he remembers, their plane turned around above Atlanta.

The people they were going to meet were killed in the attack, Gutshall said.

If he had followed his customary meeting habit of arriving early, he might have been in the North Tower sipping coffee when the initial attack occurred, he said.

After 9/11, the realization that if things had gone just a little differently, he might be dead led Gutshall’s wife, Sandy, to urge him, successfully, to move back to their home city of Altoona, where, for something to do, and to take advantage of long experience in business, he began a second career volunteering with local government agencies.

Sandy had always wanted to return, having left her relatives and friends here, Gutshall said.

“She sacrificed a good part of her life for me so I could go and make money,” he said.

“I was not crazy about Florida,” Sandy said.

She missed the mountains here.

Moreover, it was clear that what had happened on 9/11 was going to damage Bob’s consulting business, which dealt with hospitals all along the East Coast, Sandy said.

They’d actually been thinking of moving back anyway, according to Gutshall.

“We needed a reason,” he said.

The fateful day provided that reason, along with the emotional impetus.

They advertised their house for sale and in less than half an hour, someone was at the door, offering their asking price — in cash, Gutshall said.

The stipulation was that they vacate within 30 days.

Because they didn’t have time to secure a permanent place in Altoona by the deadline, they moved into rental housing here for six months, after which they got a house of their own on Wopsononock Avenue, he said.

Search for a role

He began looking for something to do then and decided to offer his services to local governmental bodies.

“Altoona was good to me, and I wanted to give something back,” he said.

He also wanted to keep busy.

Initially, he put together a “package” explaining what he’d learned in business and how it might help the local agencies.

He presented it to officials in city, county and school district government.

He remained alert for an opportunity and eventually found it after he’d inquired about obtaining a permit for a ham radio tower for his home, which led to a conversation about applicable city codes with then-Altoona Codes Director Ed Cardy.

The codes that applied to ham radio operations were badly behind the times, Gutshall said.

“You gotta update this,” Gutshall told Cardy — who suggested he apply for a position on the city Zoning Hearing Board.

Gutshall persuaded Blair-Bedford Central Labor Council President Bob Kutz to write a reference letter, which Gutshall presented to City Council, which then appointed him as an alternate to the board.

“That’s where I started,” Gutshall said.

Then, when a position as an Altoona representative on the Blair County Planning Commission opened, he asked to be considered.

The appointment was made, despite that post normally going to a member of the Altoona Planning Commission.

A year later, in 2004, he was named to the Local Emergency Planning Committee.

He also became a member of the board of Improved Dwellings for Altoona and was “heavily involved” with the Southern Alleghenies Planning & Development Commission.

During this time, he started educating himself on the workings of area governments.

He attended elected officials’ meetings in as many municipalities as he could — including at least one “in some guy’s garage,” he said.

“They used to think I was nuts,” he said.

He paid special attention to the authorities, commissions and boards of the city.

Studying agency functions and participating in a variety of organizations gave him “a good global view of what was happening,” Gutshall said.

He discovered a variety of inefficiencies — agencies “pulling in different directions,” along with municipalities’ unwillingness to work together, he said.

He noticed that some people in local governments hoarded their operational knowledge “so they were the only ones that knew,” he said.

He discovered that too many people in local government never educated themselves broadly for the kind of comprehensive agency knowledge that he tried to obtain, he said.

He also learned — it would have been hard not to learn — that many people thought the city was hostile to real estate development.

Since he began his effort, he’s seen “positive changes.”

He’s noticed better cooperation between the city and surrounding municipalities.

He’s noticed fewer “individual kingdoms” created by officials unwilling to share their knowledge with others.

He’s noticed the appointment of planning commission members better suited to their roles and better able to call out land development applicants who are trying to “blow smoke,” he said.

And he’s discovered that municipal-developer relations in the city need to be “a two-way street” — and that often developers have wanted “things the city couldn’t give them legally,” he said.

The situation has “improved greatly,” in that area, he said, crediting current city Community Development Director Lee Slusser, who previously worked in the State College area, where he acquired much helpful knowledge.

Other positive changes he’s noticed include the county’s reassessment, establishment of a full-time mayoral post for the city and Penn State Altoona’s development in downtown, he said.

When he left Altoona the first time, he was glad to get out — and thought he’d never come back.

He thought the city was “dead and dying,” he said.

But he came back, and he’s OK with that now.

“It kept me busy,” he said. “It allowed me to figure out what was going on.”