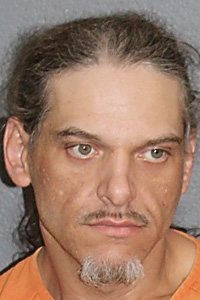 An Altoona man is behind bars after police say he stole from the East Freedom Walmart four times over the span of about three weeks.

John Paul Sollenberger, 43, 2237 11th Ave., was arraigned Wednesday on four felony counts of retail theft stemming from alleged incidents starting on May 26 in which Sollenberger allegedly took merchandise off the shelves of the store and then immediately walked to the customer service desk to return them, according to charges filed by Freedom Township police.

Police said Sollenberger was given the value of the items he took from the shelves but had not paid for on gift cards “or other means” and only one time did he produce a receipt. Police said the receipt wasn’t for the same day of the return nor for the items in his cart.

Sollenberger allegedly provided his driver’s license for one of the transactions.

Police said that Sollenberger took nine items off the shelf on May 26 and returned them for $92.81. On May 30, he allegedly took items and made five separate returns for $87.96. On June 10, Sollenberger allegedly picked out items from the shelves and made six returns for $182.45. It was during these six returns he gave the store his driver’s license, police noted in the charges.

Sollenberger allegedly tried to repeat the scheme on June 14, but after he returned one item that he had taken from the shelves for $79.90, he was questioned by store employees about whether he had the debit card used to buy the item.

Sollenberger allegedly told the employees he didn’t have it and said would come back to the store later before he walked out of the store with the rest of the unbought items in a cart.

In all, Sollenberger returned items for a total of $443.12, police noted.

Sollenberger was lodged in Blair County Prison in lieu of $20,000 cash bail set by Magisterial District Judge Andrew Blattenberger on Wed­nesday. A preliminary hearing is slated for Thursday in Martinsburg District Court.