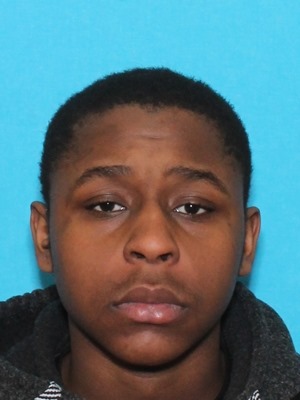 A city teenager accused of shooting at a former friend over a $40 drug debt will face trial on additional charges.

Jahlil Curtis-Divine Williams, 19, asked Magis­terial District Judge Daniel DeAntonio if he could leave the courtroom on Wednes­day during his preliminary hearing on robbery and re­lated charges filed by Altoona police late last month.

Williams is already facing an attempted homicide case over allegations he fired a 9 mm handgun at a former friend behind his home, 1111 Fifth Ave., on the night of April 30, as well as charges he robbed a teenage girl of her cellphone before smashing it on April 21.

In the latest case filed in late June, Al­toona police allege Williams and two un­identified men robbed another man of $150 in cash after he was pushed to the ground with what he believed was a gun pressed to his head the night of April 25.

Altoona police Detective Sgt. Terry Merritts told the court on Wednesday that the alleged victim said he was walking from his job on the 1200 block of Fifth Avenue about 10:15 p.m. when three males walked out of Williams’ home and start following him.

After Williams, whom the victim told police he was familiar with, asked for a cigarette and the victim told him, “No,” Williams and the other two men ordered him to stop before they forced him to the ground and rummaged through his pockets, according to the charges.

DeAntonio found police had enough evidence to send the case on to Blair County Court, and Williams was remanded to Blair County Prison, where he has been since he turned himself in to Altoona police on May 8 to face attempted homicide charges. The total bail for Williams is $535,000 cash.

Williams is scheduled for formal arraignment in Blair County Court on Aug. 23.