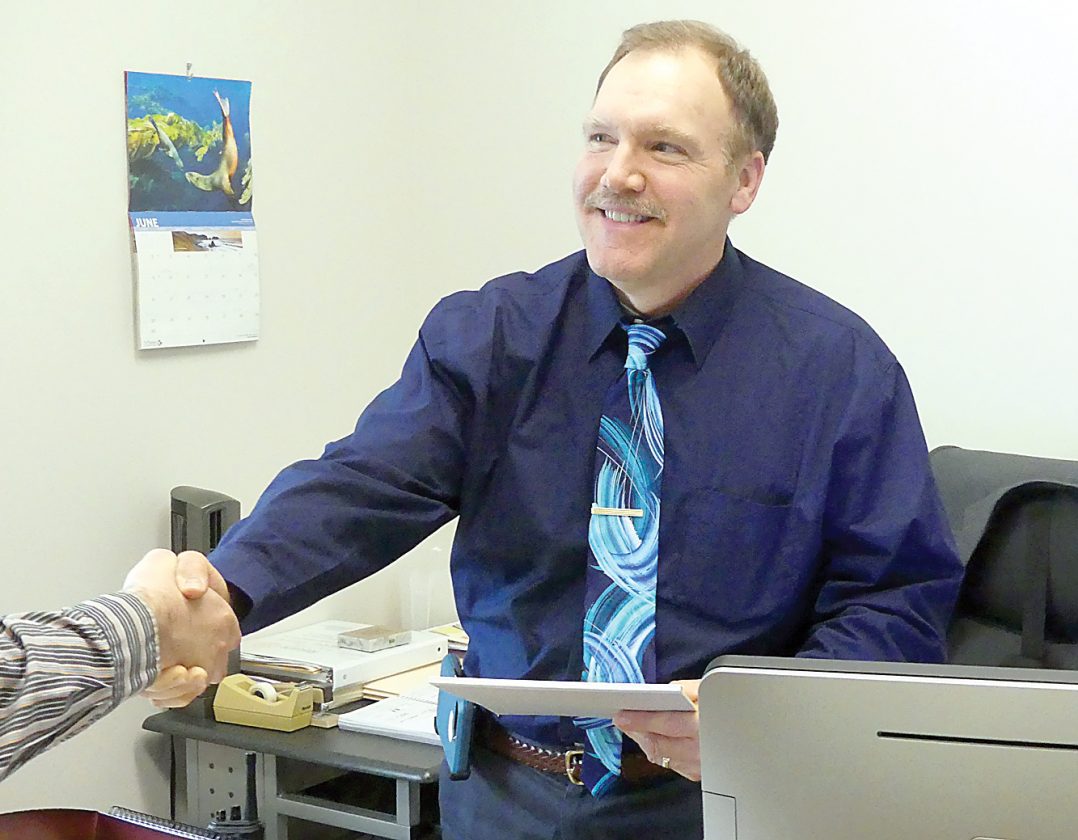 HOLLIDAYSBURG — For the past 30 years, one of the first people that potential teachers at the Hollidaysburg Area School District meet is Human Resources Director Dwight Straesser.

Straesser began his career in Hollidaysburg in 1989 and is retiring June 28. He’s been part of the hiring process for hundreds of employees and has probably been through thousands of interviews.

Straesser said the most rewarding part of his job is hiring a loyal person who loves children.

“It’s really nice to hire a teacher right out of college who really wants the job and is from the area. As an HR director, you have to realize you could affect kids for 30 years when you hire that person,” he said.

He planned bus routes to maximize efficiency for the district and minimize ride time for children going to and from school each day. Anytime there was a road closure or another bus emergency, it was Straesser who rerouted buses or called parents to ensure student safety.

One aspect of the job that Straesser especially enjoyed was his annual kindergarten presentation.

“Every year I do a bus safety presentation to kindergarten kids. We go for a bus ride and watch a video about safety. When you are in administration, you aren’t around kids. Kindergarteners are so cute. It’s fun. I do it once a year, and it’s a treat for me,” he said.

Straesser has made a lasting impact on his colleagues at Hollidaysburg Area.

Through his career, he worked with three district superintendents, including Paul Gallagher, who was superintendent for 14 years.

“When I think of Dwight, I think of someone who is kind and considerate no matter what he was doing,” Gallagher said.

He said Straesser really cared about people who work for the school district and the district’s contracted bus company, Fullington.

But Straesser held another responsibility required by state law for public schools that many people may not know about.

“If we had children who became homeless — or moved with their mother to a shelter outside the school district — it was Dwight’s job to provide a way to get the students transported back to their school,” Gallagher said. “The idea is that the students are only going to be in that situation for a short period of time so you want to keep things as similar as possible for children.

“He really took an interest in those kids. He did the very best to get students back to their home school. If we ever had children in that situation, he was right on top of that. He did his job with integrity, with honesty, and he always tried to do the very best he could.”

Gallagher said Straesser’s kindness and consideration earned him respect from everyone he worked with.

“When you are a superintendent of schools and you have someone who feels about his job the way Dwight did, it’s such a comfort because you know he will do everything he can to make sure things flow smoothly,” he said.

Bob Gildea is the current superintendent. He is amazed how Straesser has performed dual responsibilities.

In his job, Straesser essentially did what many school districts separate into two full-time jobs.

“He is so efficient with what he does, he can manage what can very easily be two full-time positions,” Gildea said.

Gildea said Straesser possesses traits that he’s only seen in a few others.

“I have never seen him lose his temper or lose his patience. He is one of the most patient, thoughtful people I’ve ever worked with,” Gildea said. “I have known him when I was a teacher, a principal and now as superintendent. Regardless of who someone is or their role, he treats everyone with respect and patience. He is a great asset to the school district. I wish him well in his retirement years. He is an all-around great person.”

Straesser was in charge of personnel lists that went before the school board every month for approval.

“Dwight is a very well organized individual,” school board President Ron Sommer said. “Anytime there was a question about anything from his department, he either knew the answer or where to find it, pretty much immediately. He was always sincere, friendly and respectful.”