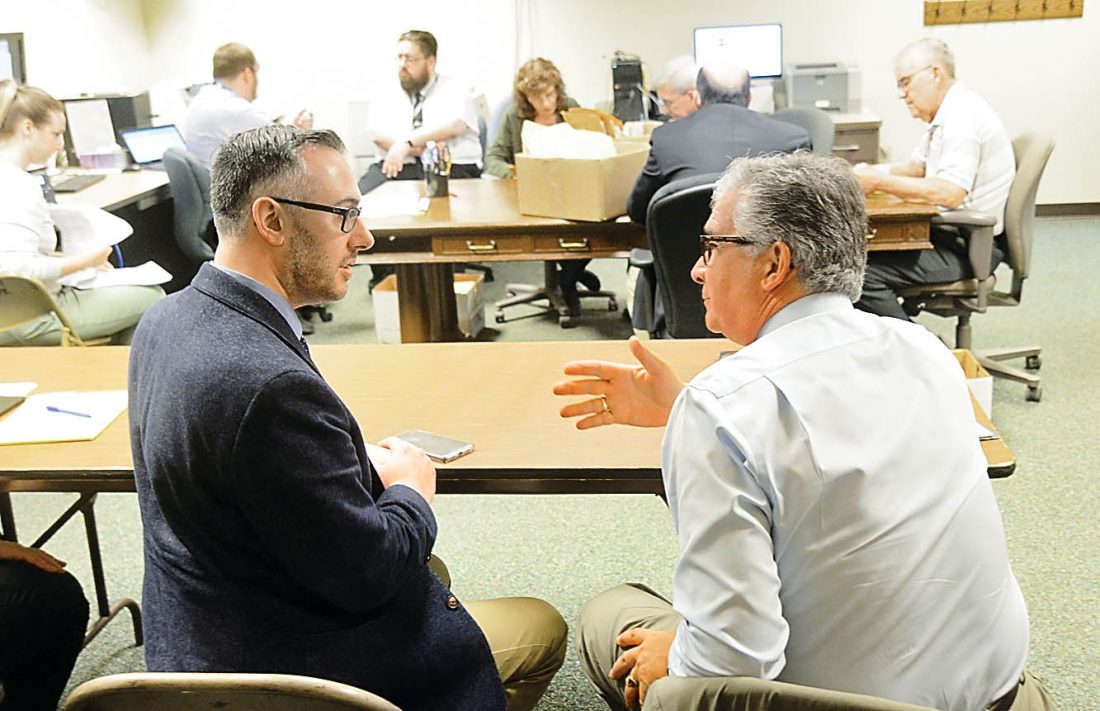 HOLLIDAYSBURG — Blair County Commissioner Bruce Erb has won the second Republican nomination to compete in November for another four-year term in office.

“So I lost by 52 votes,” Kelley said Friday in a room at the county highway yard building where vote totals were displayed on a large screen.

Friday’s computation ended what is believed to be the closest race for a Blair County commissioner nomination.

On Tuesday night after the polls closed, the county’s computerized vote-counting system showed Kelley three votes ahead of Erb. Because absentee votes hadn’t been counted, the race was deemed to be too close to declare a winner.

“For all those people who say their vote doesn’t count, this shows they do count,” Erb said Friday from his office at the courthouse where he tended to county business during the review.

The incumbent commissioner also said he is glad the matter has been resolved.

“There is relief in terms of it no longer constantly weighing on my mind,” Erb said. “It had become somewhat of a distraction, at work and at home, so I’m glad it’s settled now.”

Kelley, who attended the reviewing and counting of absentee ballots, acknowledged his loss.

“I’m still on City Council,” Kelley said. “So I have lots to keep me busy.”

Webster, making her first run for county commissioner post, focused her campaign on the county’s reassess­ment project and promised to address related problems.

In November, Webster and Erb will be on the ballot with Democratic nominees Laura Burke of Hollidays­burg and incumbent Com­mis­sioner Ted Beam Jr. of Altoona. Friday’s updated vote report showed Burke with 3,307 votes and Beam with 2,922 votes.

Friday’s review of the absentee ballots also revealed votes that had to be discarded for failure to follow directions. In some cases, voters ignored the “vote for two” instructions for county commissioner nominations and marked boxes for as many as five of the six candidates running for commissioner on the Republican ticket.

When that happened, the county’s Official Return Board of Elections, composed of incumbent Com­mis­sioner Terry Tomas­setti and appointees Robert Scholl and Greg Michelone, directed all votes to be discarded.

The Broad Top Area Medical Center in Huntingdon County has received a $1 million grant from the U.S. Department of ...