Hollidaysburg senior says legislators ‘want to hear from you’ 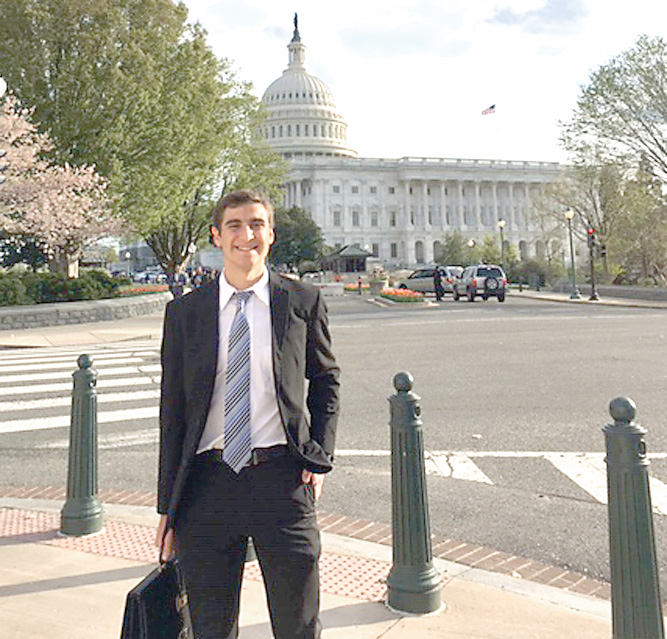 Amid upcoming elections, a local high school senior served as a reminder of the voices young citizens have when he interviewed a U.S. senator earlier this week about issues surrounding education.

“Our voices can and should be heard,” Rami said. “We are going to be the next voices in the election.”

“They want to hear from you,” he said of legislators. “Your voice matters to them.”

When Rami began applying for colleges, the idea of discussing his concerns about education with the state’s U.S. senators popped into his head.

During his interview with Casey, Rami asked about receiving more federal funding for schools, providing a security officer for every school across the state and reducing the cost of higher education as part of his series of questions.

Using data he collected, Rami said 93 percent of Hollidaysburg students say a security officer is needed for schools, and 59 percent of students say colleges should be tuition free.

In response to his questions, Casey noted schools are mostly funded locally and by the state, adding that federal funding may have come up short. The senator described school safety as a critical issue, advocating for measures to reduce the likelihood of someone who shouldn’t have a gun from getting a gun in the first place.

To help tackle the costs of higher education, Casey proposed a measure to reduce monthly payments and to decrease the interest rate of loans, instilling a comparable process to refinancing mortgages, and offering grants for low-income families for schooling.

Casey said he decided to meet with Rami this week to help educate himself on the discussions young people are leading.

“It is important to discuss policy issues, like education or gun violence, with students because these issues have a direct impact on their daily lives,” Casey said. “Students are the future of our commonwealth and our country.”

“America needs our young leaders to stay determined and hopeful. One of the most important things students can do is to keep advocating at all levels of government,” he added. “It is also important that young people stay vocal and advocate for what they believe in, no matter the setbacks. And when they turn 18, they can make their voices heard by voting in local, state and federal elections.”

Rami is trying to arrange an interview with U.S. Sen. Pat Toomey next. He said he would like to have a local town hall meeting with Casey, Toomey and U.S. Rep. John Joyce, R-13th District, where they can discuss various issues with their constituents.

Joyce echoed the importance of young people engaging in politics.

“It is my hope that as many young people as possible get involved in our politics. They should be encouraged to vote, and if they are not yet of age, to come meet with their elected representatives in Washington about their legislative priorities,” he said, commenting on how he has spoken with high school and university students throughout the area.

In preparation for his interview with Casey, Hollidays­burg Area High School Principal Maureen Letcher said Rami worked with her and Assistant Principal Mark Harrington to collect data from students, as well as collaborating with Mike Rawlins, a social studies teacher.

“Young people should have a voice in making the future better, whether it is at their school, their community or even at the state and national levels,” Letcher said. “We should teach students and demonstrate to students, as early as we can, that they can make a difference.”

Following the interview, Rajih Alkhafaji, Rami’s father, noted how proud he is of his son and the initiative he took, commenting on how he hopes young people become more politically engaged.

“The only way to nurture our democracy is for our young citizens to be more involved,” Rajih said. “They hold the future of our nation in their hands.”