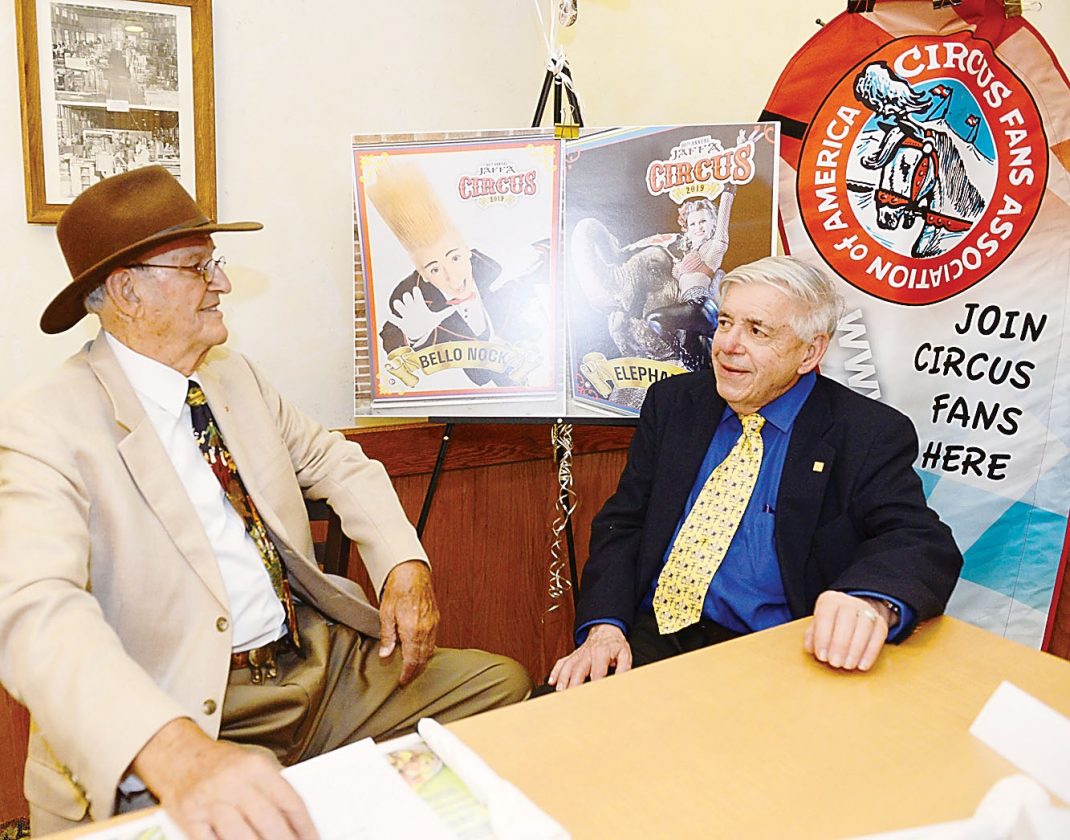 When the iconic Ringling Bros. and Barnum & Bailey Circus ended its long run two years ago, many people, including local history buff Larry McKee, thought many people would stop going to the circus.

McKee isn’t just a circus fan, he’s a Circus Fan, as in a member of a group called the Circus Fans Association of America. As the current president of the group, he oversaw a meeting of the organization held Friday in Altoona. The group invited entertainers from the 80th annual Jaffa Circus that is performing today and Sunday at the Jaffa Shrine Center.

McKee, who is also a member of the Blair County Historical Society, said he expected attendance would be down at circuses when he traveled to tent shows in neighboring states after the Ringling Bros. show closed.

“That was the gold standard,” he said. “It was ‘The Greatest Show on Earth.'”

Though it ran for 146 years, the huge traveling circus was forced to close in 2017 due to declining ticket sales. There also was mounting pressure from animal rights groups that had sued the circus owner over the handling of the animals, especially the elephants, used in its acts.

But McKee said he was surprised to find even bigger audiences than he’d seen before the Ringling circus closed.

“They seem to be doing better than they had been doing in the past,” he said.

The group that gathered Friday calls themselves the “Adam Forepaugh Tent No. 2” branch of the Circus Fans Association, said member David Orr of Hollidaysburg, who is a past president of the group. He said they are the second oldest chapter of the association. Forepaugh was a bigtime circus owner and a major competitor of the legendary circus owners P.T. Barnum and the Ringling Brothers, according to the website www

Many chapter members have the same story of why they joined. They all grew up loving the circus; they all got hooked at a young age.

Don Curtis lives in State College now, but he grew up in Massachusetts. He’s taken professional photos at hundreds of circus shows and his shots have gotten more than 115,000 visits at his website www.circus

He and his son, David, agreed with McKee that the circus seems to be alive and well despite the shuttering of the Ringling circus. But, he said the shows these days are usually smaller compared with the huge Ringling production.

Although they aren’t affiliated with any one specific circus, the individual groups like the local one support circus performers, and several Shriner circus performers attended the event Friday.

Lyndsi Pratt is a trick horseback rider. She grew up riding horses in Orange Park, Fla. She now lives in Las Vegas and has performed with the Shriners circus for seven years.

She said it was always her dream to perform with the circus. She especially loves when the kids are really engaged in the animal acts.

She said it did bother her when animal rights advocates protested circuses because she didn’t think they were seeing the whole picture. She said she doesn’t think their activity has had much effect on audience turnout.

“I think we’ve had great audiences. I don’t think it’s done anything to the turnout,” she said.

“It’s really about the healthy relationship we have with the animals,” she said.