Prosecutors: Former pediatrician could have been stopped 20 years ago 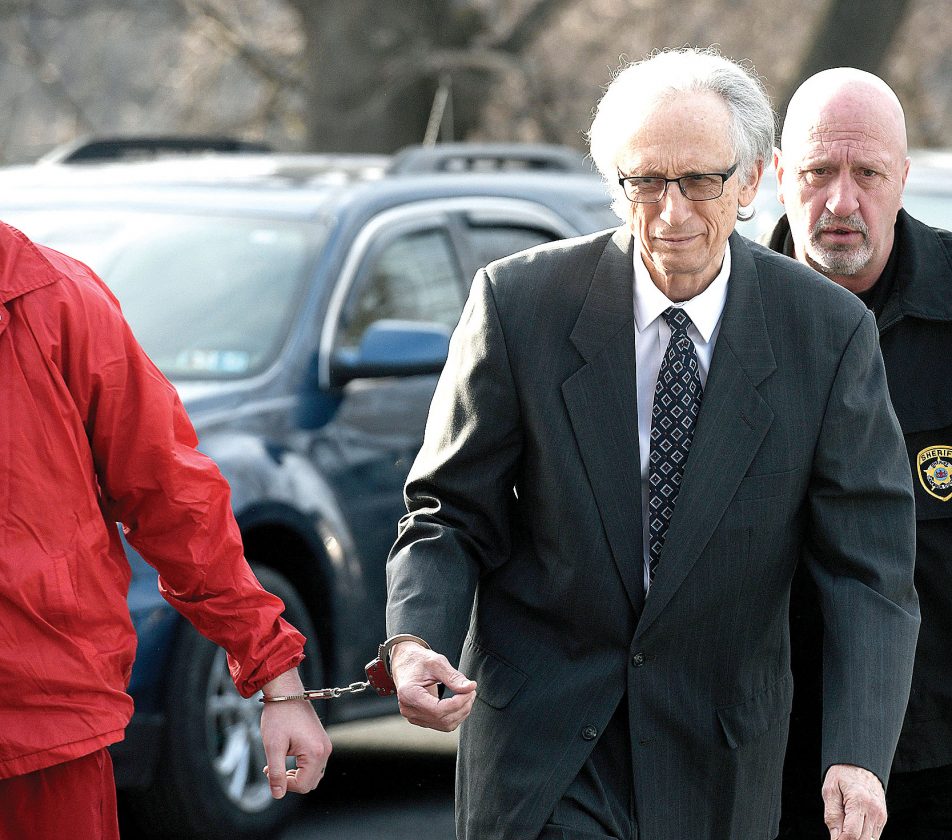 Dr. Johnnie Barto heads into Cambria County Courthouse in Ebensburg on Monday for his sentencing in the sexual assault of over two dozen children. / The Associated Press

EBENSBURG — It was described as bittersweet day by some victims.

Dr. Johnnie Barto was sentenced to 79 to 158 years in prison, essentially a life sentence, for sexually abusing 31 children, but the former pediatrician could have been in jail 20 years ago, which would have saved many children from abuse, prosecutors said.

The Pennsylvania Board of Medicine had a chance to stop Barto nearly two decades ago, when he faced administrative charges that he sexually assaulted a 4-year-old and another young patient during office visits. But state regulators threw out the case and allowed him to keep practicing medicine, and Barto went on to molest more than a dozen more young patients, according to prosecutors.

Barto, 71, was sentenced to prison by Cambria County Common Pleas Judge Patrick T. Kiniry on Monday. It was the culmination of a prosecution by the Pennsylvania Attorney General Josh Shapiro.

Jennifer Goetz, who was abused at age 9 by Barto, was among the survivors present for the sentencing.

“Twenty years ago, this predator should have been stopped,” she said during a press conference. “Victims came forward, but no one would listen. No one would believe. No one would do anything. Today is a bittersweet day for me. Justice was finally served for some of his victims.”

Cambria County Victim’s services coordinator Erika Brosig was a victim of Barto when she was 13 years old.

“At age 16, I witnessed the community surround him with support and rally around him when he was first accused by several families, sending a strong message to the rest of us to stay silent,” she said.

Among the other survivors of Barto’s abuse was Brooke Rush, who said the law surrounding the statutes of limitations on sexual abuse prevented her from gaining closure inside the courtroom Monday. While she had written her victim’s impact statement, she did not get an opportunity to read it in the courtroom. But she read it on the steps of the courthouse.

“The reason I am most compelled to speak wasn’t primarily to speak to the man I refuse to call ‘doctor,'” she said. “I wanted to publicly apologize to every single person affected by my silence. I want the public to know they were wrong. Monsters do exist, even if they present themselves as a savior. I carried the weight and guilt of my inactions for many years, but today I am relinquishing that burden and turning it over to the entities whose mission statements included a promise to protect us by ensuring we were provided safe care. I’m handing that baton over to decision makers who were not just presented red flags over the years but beaten in the face with them, yet again provided the means for this predator to have unfettered access to his unsuspecting prey. We trusted not only Barto, but the system that granted his privileges to practice.”

In a press conference after the sentencing, Shapiro said Barto abused children from the 1980s until he was charged in January 2018 as a result of Richland Township Police contacting his office.

The majority of the assaults committed by Barto took place in the examination room at Laurel Pediatric Associates in Johnstown. Barto also assaulted two young family members at family gatherings.

Victims included boys and girls ages 8 to 12. Two victims were toddlers and one was a 2-week-old infant.

In December, Barto entered pleas to multiple counts of aggravated indecent assault, and indecent assault and endangering the welfare of children. At sentencing, the court accepted a report classifying Barto as a sexually violent predator under Megan’s Law, meaning Barto is required to register with the Pennsylvania State Police for the rest of his life.

With Barto in jail, survivors are turning their attention to finding out who allowed Barto to continue for so long in his field.

Several survivors are represented now by a partnership of attorney Andrew Dalton of Dalton & Associates and Manley Stewart & Finaldi. Those firms together represented more than 100 victims of Larry Nassar, the U.S. gymnastics doctor, whose years of systematic abuse of young athletes led to a $500 million settlement between his victims and Michigan State University, his employer.

Dalton said Barto’s survivors want to find out who turned a blind eye in the medical clinics where Barto worked and allowed him to remain practicing. He did not elaborate on any potential civil litigation.

Brosig said a change in the culture has helped victims come forward, compared with decades ago, when the community rallied behind Barto.

That cultural shift includes the #MeToo movement, the Pennsylvania grand jury investigations into the Roman Catholic Church, the Jerry Sandusky case at Penn State University and the Bill Cosby case, she said.

Shapiro made a similar statement.

“You see it in Hollywood, you see it in the church, you see it in politics and we saw it here in this community with a pediatrician for too long,” he said. “I think there is a reckoning going on in this country. Powerful people like these survivors are standing up and speaking up. In part, they are speaking up because they know there are people in law enforcement who are willing to listen, like the office of the attorney general. And that is a story I think is going to continue to play out, hopefully across the country.”