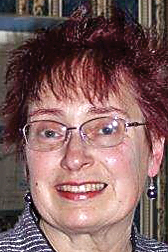 HOLLIDAYSBURG — A Hollidaysburg woman has declared her intent to seek the Republican nomination for Blair County commissioner.

Amy Webster, an attorney, real estate broker and former Hollidaysburg Borough Council member, is campaigning for a seat on the three-member county commissioners board.

Voters in the spring primary will select two Republicans and two Democrats to compete in the fall election.

Webster, of North Juniata Street, said her expertise as an attorney and real estate broker provide her with a extensive background and knowledge that will be helpful to the county’s taxpayers.

“I fought for many folks in the tax appeals process and helped many others who were unable to hire an attorney,” Webster said in her campaign announcement. “I see many inequities from the reassessment and understand ways to eliminate those problems.”

Webster is also interested in efforts to attract business and promote growth in Blair County.

“As an attorney and business owner involved in community organizations, I have seen a decline in the county, particularly in economic and social issues,” she said. “We don’t attract businesses and industries that can support families, so we lose our investment in educating and training our children and grandchildren who go elsewhere for their careers.”

Webster said she has observed a cycle of addiction, poverty and crime that keeps growing, despite efforts by police and prosecutors to get violators off the streets and by social service agencies to help those caught in the cycle.

While on Hollidaysburg Borough Council from 2006-11, Webster was involved in the South Central Counties Borough Association and the Pennsylvania State Association of Boroughs, which exposed her to legislative practices and initiatives to address problems facing county and municipal governments.

Webster completed her undergraduate studies at Penn State and holds a juris doctorate from Duquesne University School of Law.

She worked for the county from 1990 to 2012 as a child dependency master, presiding over hearings involving dependent children. She worked as a deputy district attorney from 1990-91, where she coordinated prosecution of drug forfeiture cases.

Webster has two adult children, David and Lindsay. She is a member of Christ Community Church.