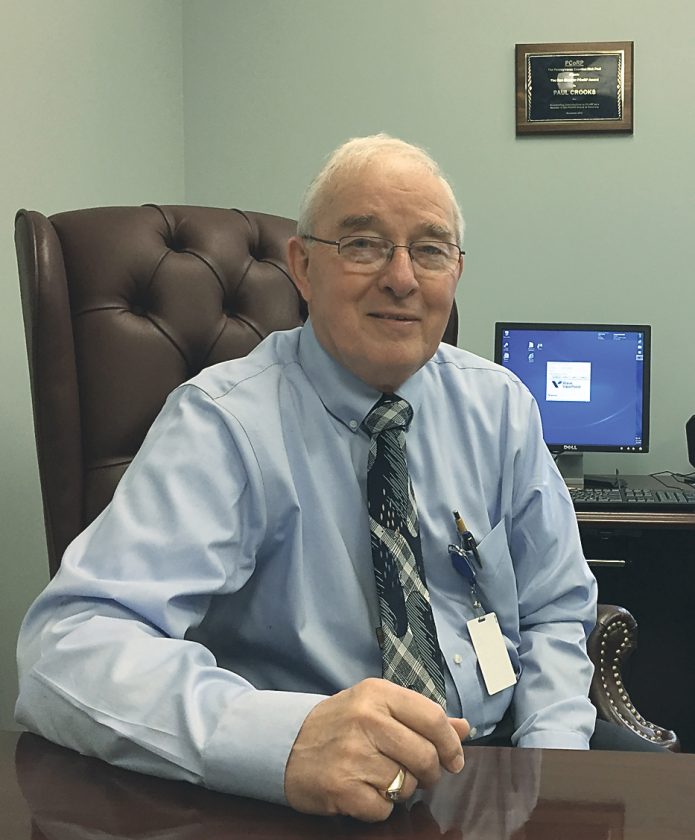 Everett native Paul Crooks was sworn in as Bedford County commissioner in December 2011. He will retire at the end of 2019. “The thing that I found out about this job more than anything else is how gracious and helpful the people that live in this county are,” Crooks said. Mirror photo by Shen Wu Tan

BEDFORD — A Bedford County commissioner who is retiring at the end of this year — his second retirement after a series of different jobs — expressed gratitude for the community he has helped govern and for what he has learned over the years.

Paul Crooks, 77, announced in January his plan to retire at the end of his term in order to spend more time with his wife of 58 years, Mary.

“It’s time,” she said of his retirement, adding her husband works more hours than what is outlined in the job description. She said both she and Crooks agreed those in political office should only serve two terms.

Bill, Crooks’ eldest son, said he also thinks it’s time for his father to retire, relax and spend time with his family, commenting on how Crooks has committed himself to his work and has been gone a lot in order to address county affairs.

Paul was sworn in as commissioner December 2011, and started his term in January 2012. 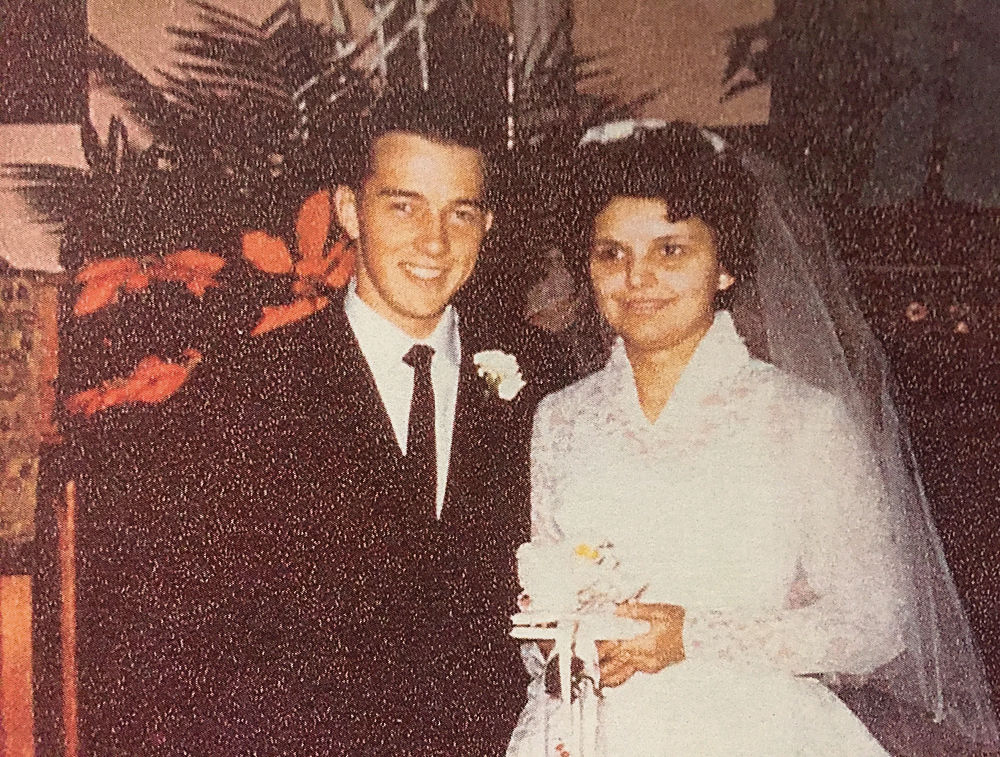 Paul and Mary Crooks were married on Dec. 22, 1960, at St. James Lutheran Church. Paul Crooks plans to retire at the end of this year to spend more time with his wife after two terms as county commissioner. Courtesy photo

During his close to eight years as commissioner, Crooks said he was glad to witness how local community members came together.

“The thing that I found out about this job more than anything else is how gracious and helpful the people that live in this county are,” Crooks said. “To me, that’s a wonderful thing.”

Before becoming commissioner, the Everett native worked in a variety of jobs, including a manufacturing plant that produced artificial fire logs, a lumber company, a tire company, a vending division for an Ohio restaurant and the Coast Guard.

He also partially took over a Gulf Oil gas station with his high school friend for a year and a half, but exited the business since the job was unable to support his family.

In 2004, he retired from the manufacturing plant and moved back to Bedford into a modular home. Seven years later, he left the retired life with his eyes set on the county commissioner seat.

Bette Slayton, Bedford County Development Association president, said she has worked closely with Crooks on a number of economic development projects, calling him a valued member of the BCDA board who often offers a fresh perspective with the best interests of the county in mind.

“Paul Crooks is a true gentleman and an experienced businessman. He has been a true professional in his role as a county commissioner,” Slayton said, calling him a “still waters run deep” person who listens and makes decisions based on facts.

To Crooks, some noteworthy accomplishments made while in office include putting Clean and Green into effect, working through a school lawsuit about reassessment, maintaining reasonable health insurance premiums, expanding the county’s Children and Youth Services department and adding grant funding for counties.

Due to his various jobs and life experiences, Crooks said he learned that every action has a reaction.

“If I just pick up this coffee cup and move it and set it there, there’s a consequence of me doing that,” Crooks said as he picked up a coffee mug and moved it over on his desk. “I might not understand what that consequence is, but I have to understand that when I do stuff, there’s consequences. And I have to accept those consequences because what I did caused that to happen.”

Fellow Commissioner Barry Dallara has worked with Crooks for five years now and described his colleague as a very conservative, thorough and detail-oriented person who has helped the board of commissioners achieve their goals collegially.

He wished Crooks and his family well in his retirement.

Crooks said when he retires he is looking forward to a less scheduled life and traveling to places like San Diego, Texas, New Mexico, the Badlands National Park and maybe even Ireland.

His wife said she is eager to reacquaint herself with her husband, whom she described as a dedicated and supportive family man who was the “dark horse” candidate who ran for commissioner and won thanks to God’s will.

She said she is proud of her husband who poured his whole heart into his run for commissioner and went above and beyond in his job.

Crooks’ son, Bill, added he only hopes Bedford County appreciates the work his father did and is doing while in office.