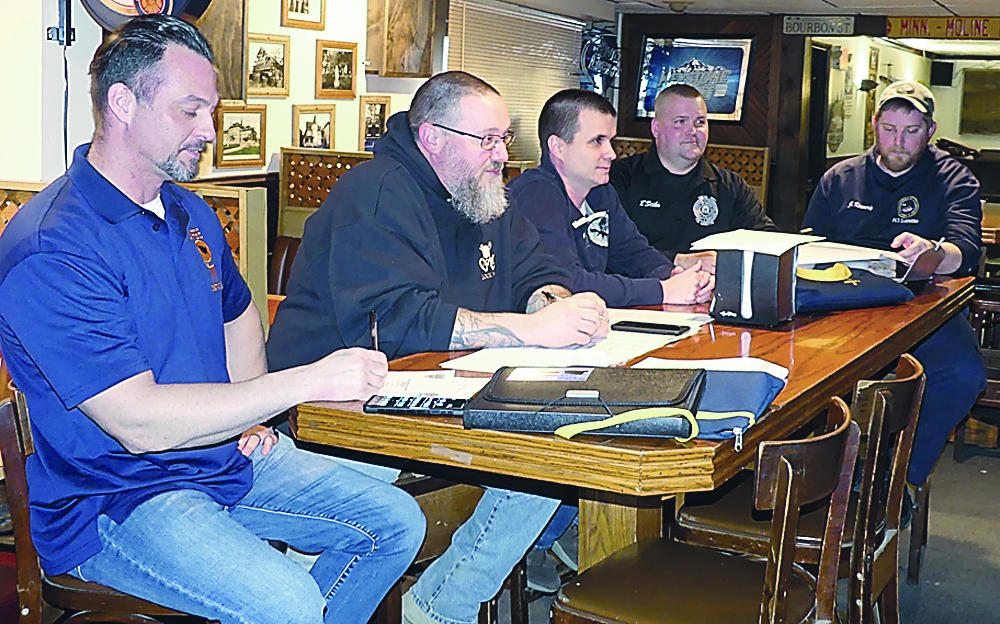 LORETTO — About 20 federal law enforcement officers gathered Monday at a local bar, on edge about how they’d pay their mortgages, day care, children’s college education and even the commute to work.

They’ve been ordered to work without pay during the federal government shutdown. The FCI Loretto corrections officers have missed one payday already and say they won’t be paid on time for the entire month of January.

Today, the government shutdown drags on to day 17 in a dispute between President Donald Trump and congressional Demo­crats over money to build a physical barrier along the Mexican border.

Chris Barrett, president of Amer­ican Federation of Govern­ment Employees Local 3951, representing FCI Loretto federal corrections officers said the union, is planning an informational picket with officers of a few other prisons slated for Febru­ary in Lewisburg — and it will be on their time, a weekend, perhaps, because they are mandated to work.

Barrett led a union meeting Monday after his shift at a local establishment in Loretto.

“All federal law enforcement officers are affected,” Barrett said. “We want to talk to whoever will listen to us, to get the president to realize we are not poker chips. We are people trying to live our lives.”

Barrett said he has already made a request to visit senators in Washing­ton that was denied, as he was mandated to work.

More than 420,000 federal employees nationwide must work without pay, according to that report from the Senate Appropriations Committee. That includes more than 41,000 law enforcement and correctional officers. Among them are the 162 officers at FCI Loretto.

At the meeting, union leaders explained they don’t qualify for unemployment because they are working, and any assistance from state government programs they apply for and receive, for example, LIHEAP, will have to be paid back.

Corrections officers may work up to 16-hour shifts.

It’s a 24/7 job. When the shutdown started, pay ended for officers on the clock at that time.

Corrections officer Scott Eckenrode said there are several families with both spouses working without pay at the prison. Some have babies on the way and most are feeling the pinch from Christmas spending.

One corrections officer at the meeting said she is a single mother struggling to afford $500 a month for day care so that she can go to work. That’s about half of her paycheck — if she were receiving one.

“It’s getting down to the nitty-gritty,” Barrett said. “There’s a misconception that corrections officers are making a hundred thousand. Not at all. Most of us are taking home $550 per week.”

The officers said some credit agencies are willing to work with them, but others are not.

The real “kick in the teeth,” said Dan Erzal, is that the inmates are still getting paid for their work on various prison crews, and all of the holiday meals were prepared as usual. Entrees included roast turkey and roast beef on Christmas, split chicken on New Year’s Day and sides including green bean casserole and mashed potatoes.

Erzal’s son works at an even more dangerous penitentiary in West Virginia, and he, too, is working without pay.

Eckenrode said he was concerned with the effect the shutdown would have on his credit.

“We are hard-working people who have families and creditors to satisfy. And as officers, we have background checks every five years. If your credit tanks, if you don’t pay your bills, they can fire you,” he said. “This shutdown is a double-edged sword.”

Federal prisons are already hostile environments. The added stress of not being paid heightens the risk, Erzal said.

“This creates a hard environment where things could come to a head,” he said.