Renovations on target to be complete for summer 2019 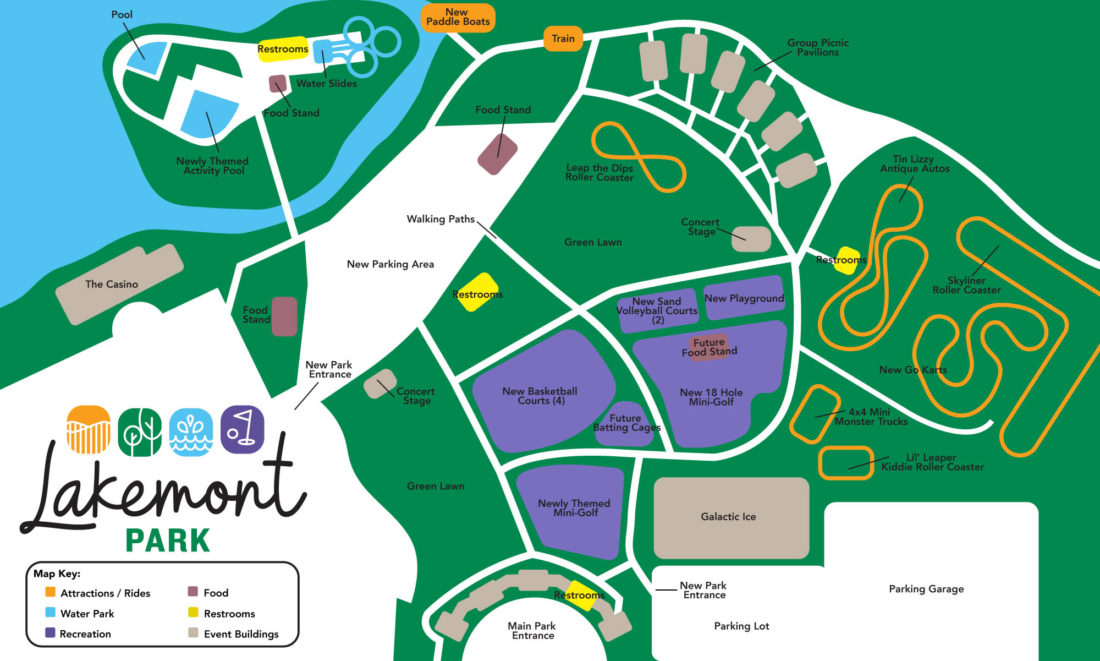 HOLLIDAYSBURG — Lake­mont Park, which has been closed for two summers, is targeted to re­open by Memorial Day weekend, the Lakemont Partner­ship an­nounced Tuesday.

Andrea Devorris Cohen, whose family co-owns the park with developer Ralph Albarano, said Tuesday that most of the older rides slated for removal have been removed. And construction on four new basketball courts will be commencing, she said.

Cohen offered the update at the Blair County commissioners weekly meeting, where commissioners Chairman Bruce Erb said he regularly fields inquiries about the status of the park’s renovations. While the county owns the park grounds, it leases those grounds to the Lakemont Partner­ship, which owns and operates the park’s rides, buildings and amenities.

Commissioners, in response to Cohen, praised the work that has been done and will lead to the reopening. Cohen said the park will open from Nov. 16 to Jan. 6 for the annual Lights on the Lake display.

By Memorial Day weekend, plans call for the park to have several new amenities:

A walking trail map designed in partnership with PA WalkWorks.

“I think it’s a well developed plan … that is going to make the park a nicer place,” Commissioner Terry Tomassetti said.

At Tuesday’s meeting, Cohen said the organization has targeted Memorial Day weekend for returning the theme park to its roots as a community gathering center with some amusements, including the Skyliner and Leap the Dips roller coasters, the pool, waterslides and six pavilions for family reunions and company picnics.

Park Manager Melissa Vyborny said the renovations will reflect ideas and opinions solicited from a mix of community leaders, organizations and others.

“Over the summer, focus groups were conducted across multiple segments of the community, including seniors, millennials, moms with young children and Penn State Altoona students, providing important direction for the transformation of the park,” Vyborny said.

While entry to the park will be free, patrons will pay for reserving and using park amenities. Season passes will also be available.

“We want the community to come to the park for an ice cream cone and walk through the park on a summer evening,” Cohen said.