The president of the Pennsylvania Chamber of Business & Industry says workforce development is the top issue facing businesses.

Gene Barr, organization president since 2011, was the featured speaker at Thursday’s meeting of the Blair County Chamber of Commerce Breakfast Club at The Casino at Lakemont Park.

In 2019, Gov. Tom Wolf appointed Barr to the Keystone Economic Devel­op­ment and Workforce Com­mand Center, which is to expand the collaboration between government and the private sector to address the skills gap and worker shortages.

“We need to send a signal on how we can work together in Pennsylvania. We need to cooperate. Can we talk about issues that are important to Pennsylvania,” Barr said. “My board has told me workforce is the primary issue we need to work on. An overwhelming number of people say they can’t find people to fill their jobs.”

Barr said there are various reasons for that.

“They can’t find people with the skills they need, can’t find people who will show up on time, some people can’t pass drug tests. We are not getting the trained workforce you need to move your business forward. Trying to fix the workforce is more difficult than we originally thought,” Barr said.

Education and training are important.

“We need to make sure kids are getting the education and training that they need and learn how to work with people. We need training from pre-K through 12 plus. We need to figure out what will work for people. They don’t necessarily need a college degree, but you need something beyond high school. We need to make sure we take care of people who don’t get the type of education they need to give them the ability to make the jump to do what they want to do,” Barr said.

Potential employees do face some barriers.

“People who want to work can’t figure out transportation, how to get to their place of employment. Another major issue one is child care; there are child care deserts in the commonwealth. We need to figure out how to get businesses to band together on this, work with the state to get information to businesses on how to start,” Barr said.

Another potential source of employees can be found in the criminal justice system.

“There is a population of people who want to do a great job. Companies say these people are incredibly loyal that they were given a chance. These are people who are in prison for nonviolent crimes who can do a good job,” Barr said.

More than 60,000 Pennsylvania residents are expected to see a pay increase in 2020 as a new federal overtime rule goes into effect. The rule guarantees time-and-a-half pay to nearly all hourly employees who work more than 40 hours a week and salaried workers making less than about $35,500 per year.

Wolf wants to join the 29 other U.S. states that have boosted the minimum wage. Wolf’s proposed raising it to $15 an hour by 2025. But pay hike bills have stalled in the state Legislature.

“I don’t favor a minimum wage increase. The market has worked to bring wages up. There are still some small businesses who are impacted by $7.25 an hour,” Barr said.

Barr also touched on the possibility of legalizing marijuana in Pennsylvania.

Wolf is now in favor of legalizing marijuana for recreational use and has long supported decriminalizing the possession of small amounts of marijuana, although the Legislature hasn’t even seriously considered legislation to that effect. Wolf signed legislation in 2016 creating Pennsylvania’s medical marijuana program.

Public opinion polls in Pennsylvania have shown a majority of those asked were in favor of legalizing marijuana, as did a recent report from Lt. Gov. John Fetterman’s statewide listening tour.

“The use of marijuana has had an adverse impact on brain development and linked to high levels of psychosis. We need to be cautious before we move forward. It is driven by the desire to create more revenue than a safe policy. I am not in favor,” Barr said.

It is important that local chambers work together with the state organization.

“We are very fortunate that Gene Barr has been a great friend of ours and always is willing to help us in any way we need. We will continue through our public policy committee to keep an eye on what you are doing,” Chamber President/CEO Joe Hurd said. 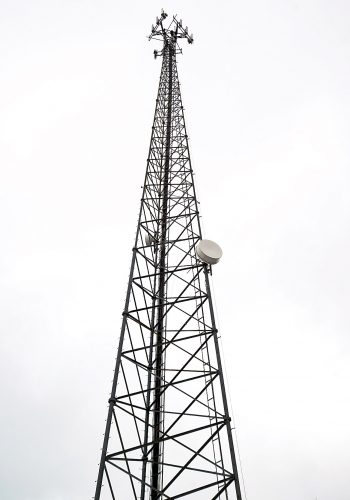 CLAYSBURG — Sheetz has completed the purchase of what is known locally as the historic General Re­frac­to­ries ...