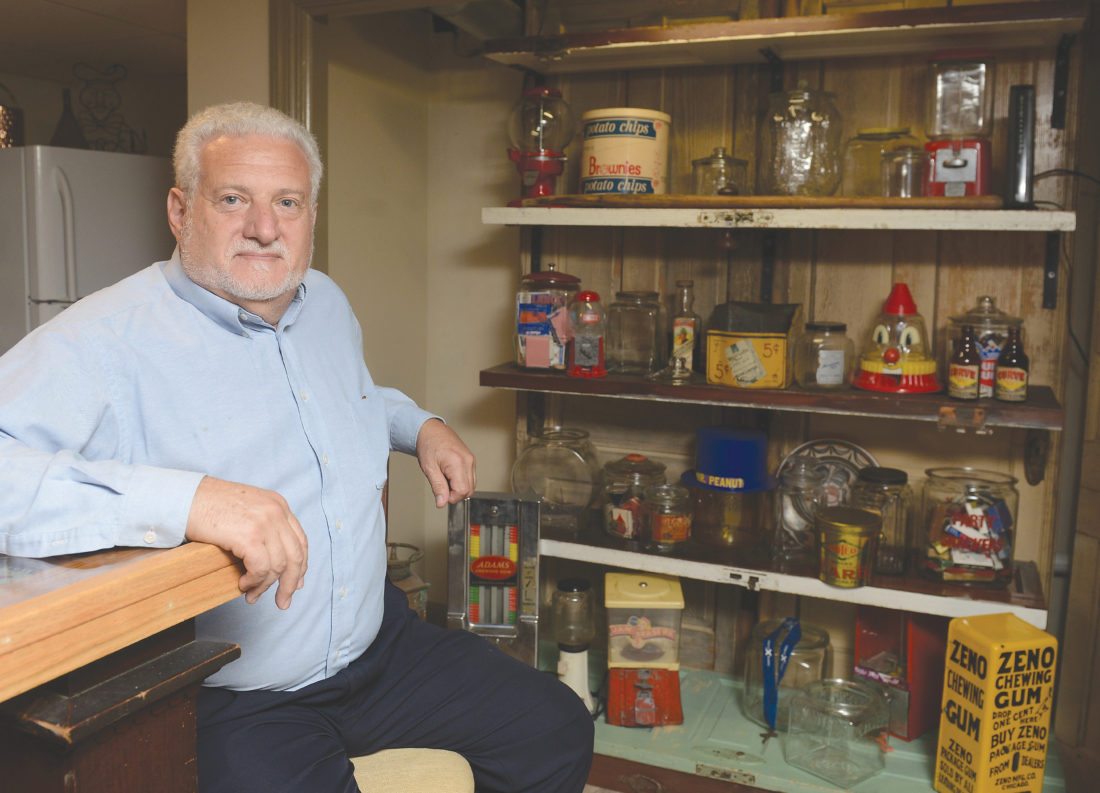 Mirror photo by Gary M. Baranec / Dave Binus shows off part of his collection of candy machines that his company supplied to customers of Altoona Candy and Tobacco. Altoona Candy and Tobacco will be inducted into the Heritage Hall of Fame category by the Blair County Chamber of Commerce Business Hall of Fame on Monday at the Blair County Convention Center.

Altoona Candy and Tobacco was good to the Binus family.

“It was a good business to be in. It helped put my two brothers through college,” said David Binus, whose father, Jack, was involved in the business from 1960 until 1993.

“It is a nice honor to have. My Dad put his heart and soul into it. It was his baby,” Binus said.

Altoona Candy and Tobacco is the Heritage Hall of Fame honoree.

Altoona Candy and Tobacco was founded in 1943 by Harold Conrad at 10th Street and Chestnut Avenue. Eugene “Doc” Marshall took over in the late 1940s.

In 1951, Sam Bruder, Abe Chinn and Rudy Feldman formed a partnership and purchased the company. Bruder was the manager until Chinn bought Bruder and Feldman out in 1959.

In 1959, Abe Chinn/Altoona Candy bought out the Felty Candy Co. and moved from its Chestnut Avenue location to 707 Green Ave. The business operated at that location until the state bought the property to build the 10th Avenue Expressway. The business was moved to 300 Chestnut Ave., the former Shaffer Bakery building.

Jack Binus was hired in 1960 as the general manager. In 1969, he bought the business from Chinn, and operated it until he passed away in 1993.

In the 1960s, businesses like Altoona Candy and Tobacco were known as “jobbers,” and had exclusive master distributorship of particular products, Binus said.

“We sold one quarter million dollars’ worth of cigarettes to Penn State back in the late 1960s and early 1970s,” Binus said.

Altoona Candy and Tobacco played a key role in the community.

“Like so many of the former businesses that have been recipients of the Heritage Hall of Fame Award, Altoona Candy and Tobacco was an integral part of the wholesale and retail element within the local business community that made Altoona a destination for people from throughout the region. Much of the growth that took place here was spurred by companies like this one,” said president/CEO Joe Hurd of the Blair County Chamber of Commerce.

“That’s when Dad did a good job just on serving customers and buying different products and providing new services for our customers,” Binus said.

A fire on Dec. 21, 1973, which burned 50 percent of the building and its contents, eventually led to the downfall of the business, Binus said.

“We lost a lot of candy. We were out of business for about two weeks. It just took a toll financially. We had to regroup and go smaller. We weren’t the driving force in the area any longer,” Binus said.

The company, which had about 20 employees back in the 1960s, succeeded by “having a product, getting it to people at a decent price and getting it to them in a timely manner,” Binus said.

“It was just a good wholesome company. We also prided ourselves on taking care of the customers. The customer was always right. We gave them good products at a fair price in a friendly manner,” Binus said. 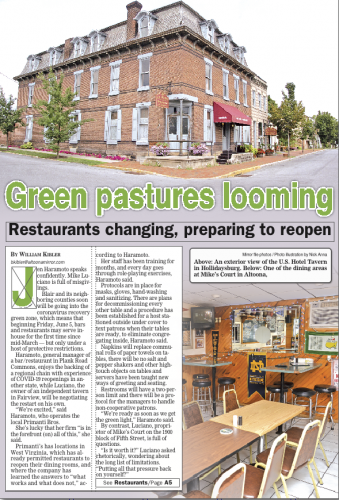