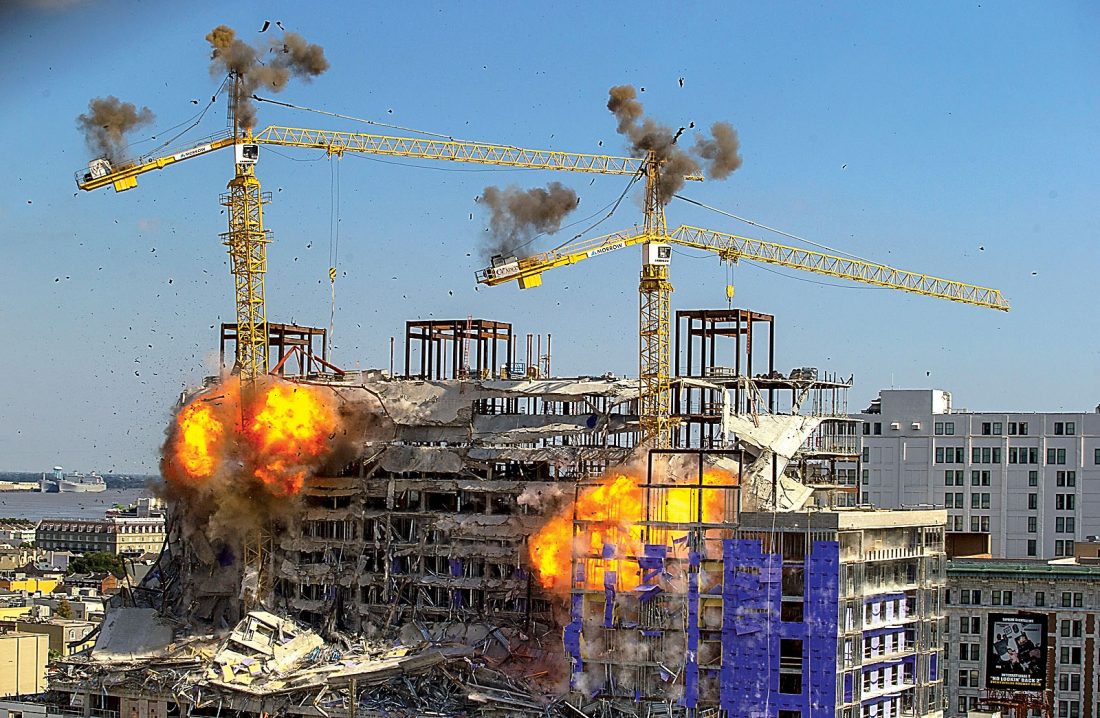 Two large cranes from the Hard Rock Hotel construction collapse come crashing down after being detonated for implosion in New Orleans on Sunday. Officials set off explosions that toppled the cranes that had loomed precariously for days over a partially collapsed hotel, saying their controlled demolition went “exactly” as planned and efforts now would focus on retrieving two bodies still inside the ruined building. The Associated Press

WASHINGTON — Responding to stinging criticism, President Donald Trump has abruptly reversed his plan to hold the next year’s Group of Seven world leaders’ meeting at his Doral golf resort in Florida.

“I think he knows,” his acting chief of staff said Sunday, “people think it looks lousy.”

Trump announced a rare backtrack Saturday night after facing accusations that he was using the presidency to enrich himself by hosting the international summit at the private resort owned by his family.

FORT STEWART — U.S. Army officials say three soldiers were killed and three others were injured when the armored vehicle they were riding in rolled over into water during training at Fort Stewart in Georgia.

Officials with the Fort Stewart-Hunter Army Airfield’s 3rd Infantry Division said in a news release that the crash occurred about 3:20 a.m. Sunday. The release did not identify the soldiers. The soldiers were with the 1st Armored Brigade Combat Team and were in a Bradley fighting vehicle.