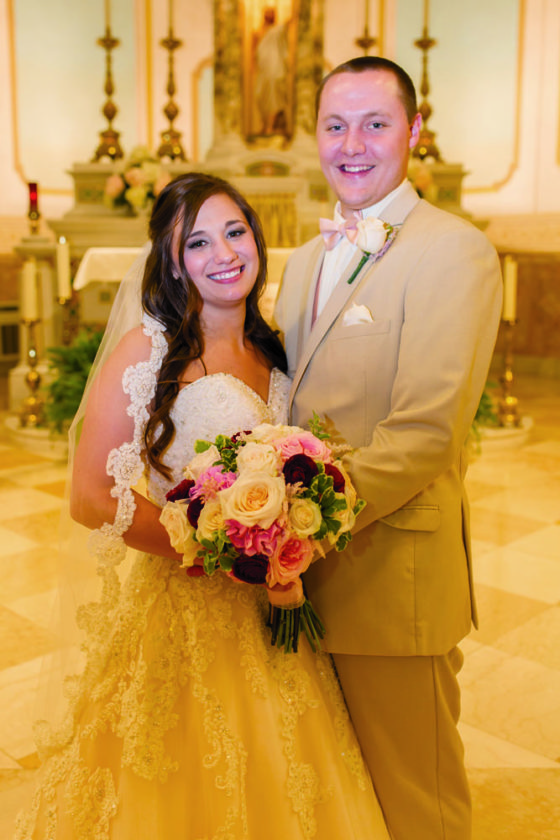 Samantha Baughman and Nathan Pope were united in marriage at 12:30 p.m. May 20 at Our Lady of Mount Carmel Catholic Church, Altoona.

The bride is the daughter of Chris and Dona Baughman of Altoona.

The bridegroom is the son of Steven and Eva Pope of Hollidaysburg.

Anna Baughman was maid of honor.

Julie Chamberlain was matron of honor.

The reception was held at the Jaffa Shrine, Altoona.

The couple live in Hollidaysburg.

Mrs. Pope is a 2011 graduate of Bishop Guilfoyle Catholic High School, Altoona, and a 2016 graduate of Penn State Altoona with a bachelor’s degree in human development and family studies.

She is employed at Blair Family Solutions, Altoona.

Mr. Pope is a 2011 graduate of Hollidaysburg Senior High School and a 2016 graduate of the University of Pittsburgh at Johnstown, with a bachelor’s degree in marketing.

He is employed at Excess Express, Windber.