LATROBE — The St. Vincent College Players is presenting four performances of the musical fantasy “Into the Woods” this weekend in the Performing Arts Center of the Robert S. Carey Student Center on campus.

The SVC Players’ cast for “Into the Woods” includes Timothy Morris, a junior integrated science major from Ebensburg, as Cinderella’s Prince.

Altoona native Greggory Brandt will direct the production. Brandt, a professional actor and director with more than a quarter century of experience on Broadway and regional theater stages, was named director of stage and summer theater at St. Vincent College in 2015.

Isaac Osborn of Ebensburg took second in Lincoln-Douglas Debate and third in Parliamentary Debate with Shawn Edwards of Quaker-town.

The BU Forensics team returned to Wilkes the weekend of Feb. 15-16 for the Pennsylvania Forensic Associ-ation’s Annual State Championship Tournament.

to present at convention

BLOOMSBURG — Bloomsburg University has announced that 153 Professional Experience Grants have been award for the 2019-20 academic year.

Sarah Bainey from Osceola Mills, was awarded a grant to present at the National Student Nurses Association Convention.

Professional Experience Grants help students defray the cost of professional development activities and applied learning outside the realm of the academic classroom.

The grants are a part of a comprehensive effort to equip every student with practical, meaningful experiences and alumni and employer connections, both on campus and in the field, so they are prepared to impact their community and the workplace upon graduation.

Student to be part of Geisinger scholars progam

SCRANTON — Sajal Datta of Port Matilda is one of 11 medical students who are the first to be accepted to Geisinger Commonwealth School of Medicine’s Geisinger Primary Care Scholars progam.

The selected scholars will receive a monthly stipend and will pay no tuition or fees in exchange for an obligation to work in a primary care area (family medicine, internal medicine or medicine-pediatrics) at Geisinger once they finish residency.

In addition to the tuition relief and stipend, the scholars will also receive mentorship and training in Geisinger’s newly redesigned practices where primary care is emphasized as the most important place doctor-patient relationships are built.

The redesign has elevated primary care and provided clinicians with more time and resources to focus on patients, not administrative tasks.

The Susquehanna stadium band played at all home football games, the homecoming parade and pep rally and at special events.

Membership is open by audition to all university students.

While most of Geisinger’s MD Class of 2020 will learn of the locations of their residency program on March 20, several matches occur prior to the national residency event.

Weirich, who will serve in the Army, matched to Medical College of Georgia, Augusta University for emergency medicine.

CLAYSBURG — The Claysburg Education Foundation will hold a 12-day “Stem and the Arts 2020 Program” for ... 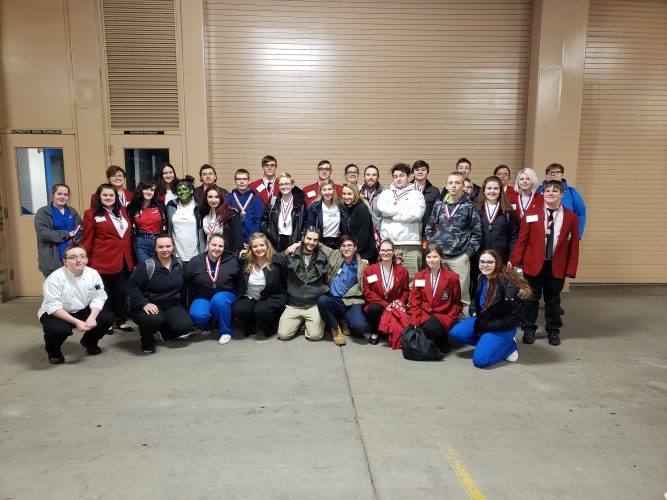 WILKES BARRE — Nicholas Paul Caminiti of Altoona received the title of doctor of education in educational ...

Altoona native serves Reading in honor of MLK READING — Collin Welteroth of Altoona volunteered in the city of ...