The Bedford County Regional Education Foundation (BCREF) has given more than $1.2 million in scholarship, tuition assistance and emergency book funding support to more than 7,250 students since 1993.

The foundation annually awards more than $75,000 in scholarships.

Students worked in either IUP research laboratories or in the field for a 10-week period with an IUP faculty mentor.

The program included events such as the “Presenter Pizza Series” where students presented their research; professional development events where students were given tips and resources for resume writing and poster presenting; and a concluding event with keynote speaker Dr. Douglas Kupas ’86, the Director of Pennsylvania’s Emergency Medical Services.

n Ryan Wertz, son of Walter and Lois Wertz of Woodbury, is a 2015 graduate of Northern Bedford County High School, Loysburg. Wertz is active in the university choir, IUP-TV and WIUP-FM radio station. He is a communications media major on the dean’s list.

In the RESS program, students Wertz worked with Dr. Mark Piwinsky to create an audio theater project over the 10-week period which the program runs.

At IUP, Everett is a dean’s list student and a Sutton Scholar. She is a member of the IUP Symphony Orchestra, Red Flag Poetry, IUP’s Swoop Productions and member of WIUP-FM.

In the RESS program, Everett conducted research with Dr. Mark Piwinsky on her project, titled “Twitterverse and Gender: Examining Perceptions of Gender in Political Tweets.”

McGhee is a double major in biology and chemistry. She was awarded the IUP Women’s Leadership Award in her sophomore year. She is a resident assistant in IUP’s Northern Suites,recognition chair for the National Residence Hall Honorary and the coordinating officer for leadership and development for the Central Atlantic Affiliate for College and University Residence Halls.

n Tyler Maykovich, son of Brian and Carolyn Maykovich of Carroll-town, is a 2012 graduate of Cambria County Christian School.

n Emily Loose, daughter of Mark and Deanna Loose, is a member of Cook Honors College and a communications media major at IUP. She is a 2016 graduate of Williamsburg Junior/Senior High School.

At IUP, Loose is a dean’s list student and served on the homecoming court in 2018. She is the station manager of WIUP-FM and works with The Penn, IUP’s student newspaper. Loose also contributes content to Her Campus and Public Pictures Theatre.

In the RESS program, she conducted research with Dr. Mark Piwinsky on her project, titled “High Impact Practices as an Educational tool in Communica-tions Media.”

Knowles is a geoscience major at IUP. She is a Sutton Scholar and dean’s list student. Knowles is a member of the geological society of IUP.

n David Henninger, son of David and Kristin Henninger of DuBois, is a 2017 graduate of DuBois Area High School. Henninger is a pre-dentistry major at IUP.

Adam McCoy, a senior at Holli-daysburg Area Senior High School, received a scholarship from Temple University’s Center for Internation-al Business Education and Research. McCoy was one of two students from Pennsylvania accepted to the program.

According to the university, students “learn about the cultures and communication styles of countries with less-commonly taught languages and gain a basic understanding of the the U.S. and the targeted regions.”

CUMBERLAND, Md. — The Alle-gany College of Maryland Founda-tion announces that area students were awarded scholarships to attend the college.

The Class of 2023 teamed up with faculty and staff members, Interim President Elizabeth Meade and their first-year mentors to clean up the grounds at Trexler Park and teamed up with Special Olympics.

BETHLEHEM — On May 8, the Technical Entrepreneurship Master’s Program at Lehigh University held its first ... 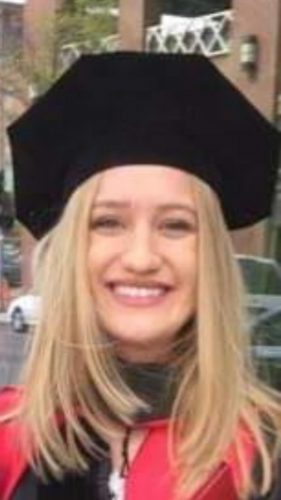 CUMBERLAND, Md. — The Allegany College of Maryland Foundation awarded scholarships to the following students to ...