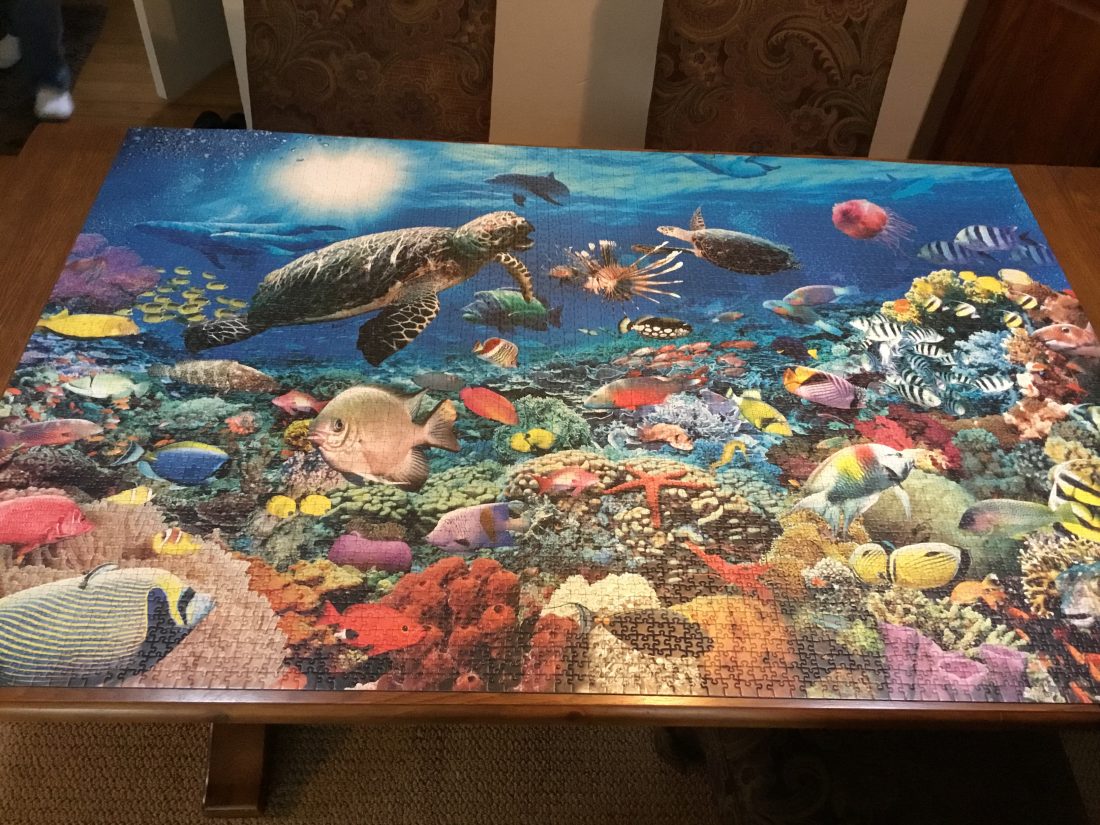 JoAnn and Jon Johnston of Hollidaysburg received a Ravensburger puzzle from Germany, as a gift from their daughter, Melissa, and her husband, Josh.

“She would hear me say that a puzzle we started would surely take us two weeks, but then be informed two days later that it was finished,” JoAnn said.

“They obviously went online to look for a puzzle that would be a challenge for us and so they decided on this 5,000-piece computer-imposed coral reef image.”

“My big mistake was unwrapping the cellophane from it! One problem was that, although it fit our dining room table, there was no place to lay the 5,000 pieces.”

The couple searched out all of the straight edges first, assembling the outline.

“Jon separated the blue pieces, placing them into a bag, giving it the size of a bowling ball,” JoAnn said. “I spent countless hours searching through the box for specific colors of fish and corals. I decided to use the card table to assemble both turtles. I couldn’t decipher which turtle a piece belonged to, or, did that piece belong to part of the reef ?”

“One night, my husband led me away by my elbow from the table, turning off the four lights, telling me it was time to go to bed. I had been literally shaking between the eighth and ninth hour. Two weeks ago, I spent from noon to midnight working this monster. Twice, I got out of bed in the same night to work it. Three times I ‘went off’ on my husband during our five-week endeavor.

“Jon allowed me to put the last three pieces in. Now, as we sit and read our books, we feel like we’re on vacation. Will we ever put it together again? NEVER!,” she said. 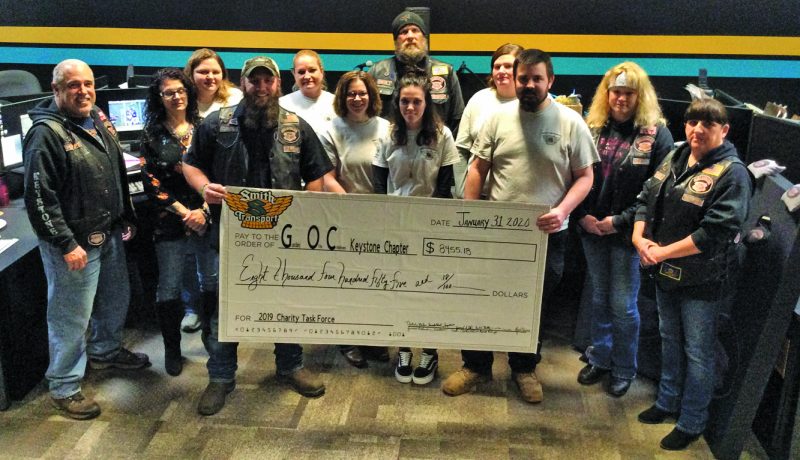