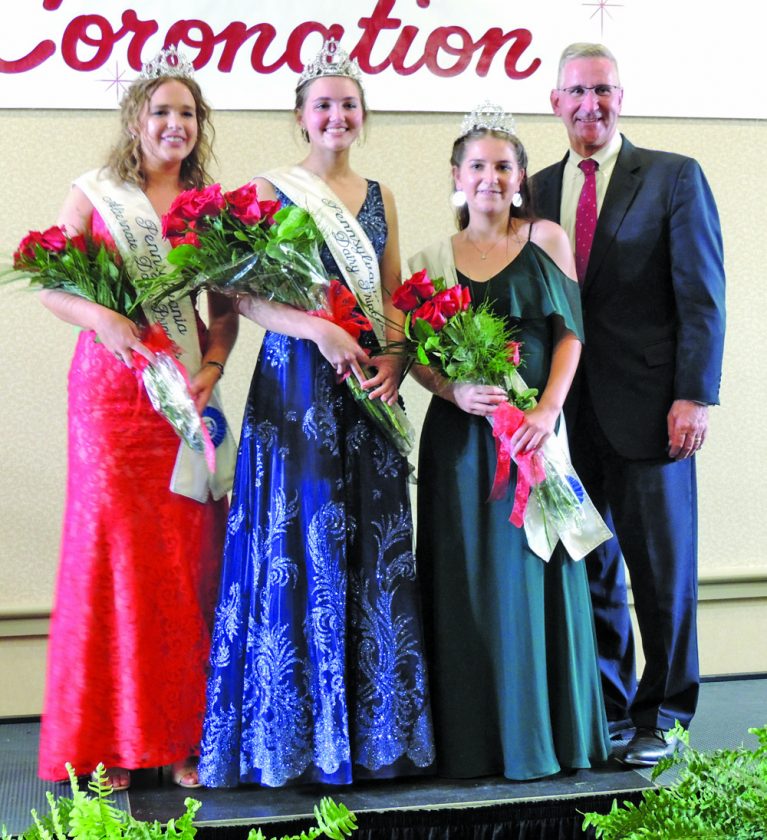 Twenty-eight young women from across the state competed for the title of the PA Dairy Princess and one of two PA Alter-nate Dairy Princess titles. The contestants competed in speech, skit, poster display, radio spot and dairy knowledge contests in the preliminary rounds of the pageant.

Bedford County Dairy Princess Denae Hershberg-er was crowned First Alternate Dairy Princess. Denae is the 17-year-old daughter of Ross and Yvonne Hershberger of Martinsburg. She is a senior at Northern Bedford County High School, Loys-burg, and participates in cross country, track, basketball and FFA. She serves on student council and is on the honor roll. Denae is vice president of the South-ern Cove Dairy and Live-stock 4-H Club. She enjoys working with her father on their family dairy farm, running, photography and writing poetry. Denae received an honorable mention award for her speech.

Blair County Dairy Princess Vannika Rice was crowned Second Alternate Dairy Princess. She is the 18-year-old daughter of David and Terella Rice of Williamsburg. Vannika graduated from home school in May and is a news reporter for the Morrisons Cove Dairy Club. She plans to attend college and major in dairy management so she can return to her family’s dairy farm, the Clover Creek Cheese Cellar, where she currently helps with milking and the family’s cheese-making business. Vannika won first place in the dairy knowledge and radio spot contests and received honorable mention for her speech and her skit.

Denae and Vannika were announced as two of the top seven finalists at the pageant, along with dairy princesses from Fulton, Cambria, Somerset, Lebanon and Centre counties. The top seven had to answer the impromptu question, “Who is your mentor and what qualities do you admire about them?”

Paige Peiffer of Lebanon County was crowned State Dairy Princess. Paige, Denae and Vannika will spend the next year traveling the Commonwealth sharing their passion for the dairy industry and the dairy farmers they represent. They will attend school and media promotions and participate in state events such as the PA Farm Show.