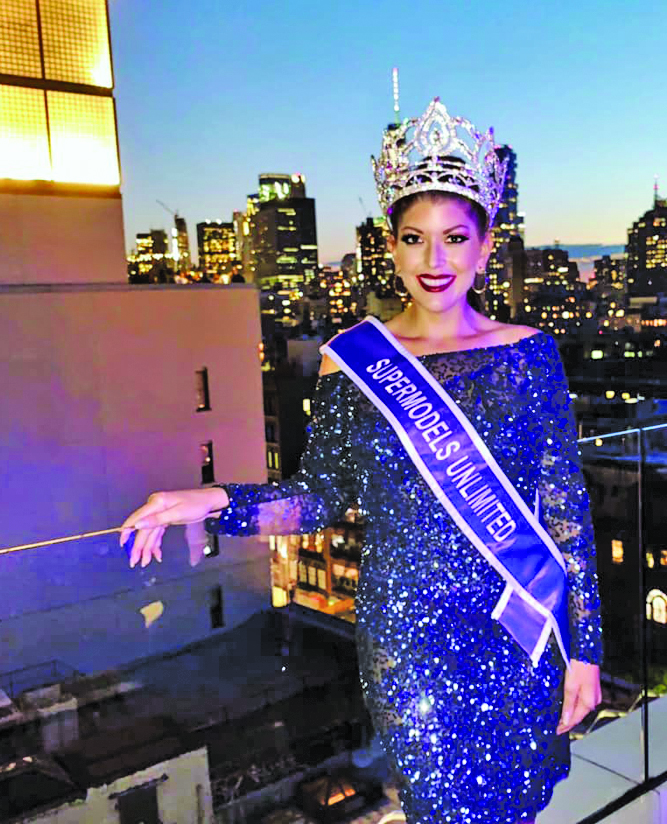 Typhani Janelle Russo of Altoona recently had the opportunity to model and walk at The Little Blue Dress Movement Show in New York City for New York Fashion Week with Supermodels Unlimited Magazine.

Now in its 19th year of publication, SU has taken over the modeling industry for aspiring and established models, as well as industry professionals.

This sold-out event was held at the New Museum Sky Room and was a benefit for Shatterproof that raised a total of $5,000 for the charity.

Shatterproof is a national nonprofit organization dedicated to ending the devastation that addiction causes families.

Russo was presented with an MVP award from Jordan Kimball for her industry accomplishments and community service philanthropy.

She also had the privilege to have her photo featured with other SU models on a billboard in the heart of Times Square.

SU put together a prestigious show with noted celebrities.

Emceeing was Jordan Kimball from ABC-TV’s “The Bachelorette” and “Bachelor in Paradise.”

Isis King from the Emmy-nominated Netflix series “When They See Us” walked the runway along with Jeana Turner from “America’s Next Top Model.”

Noah Lis from NBC TV’s “The Voice” provided vocal entertainment and concluding the LBD Movement runway event with a live music tribute was Wesley Strom-berg from “The X Factor.”

While in New York, Russo also had the opportunity to be photographed professionally in numerous photo shoots with SU to be included in upcoming issues of Supermodels Unlimited Magazine.