Gatehouse artist of the month 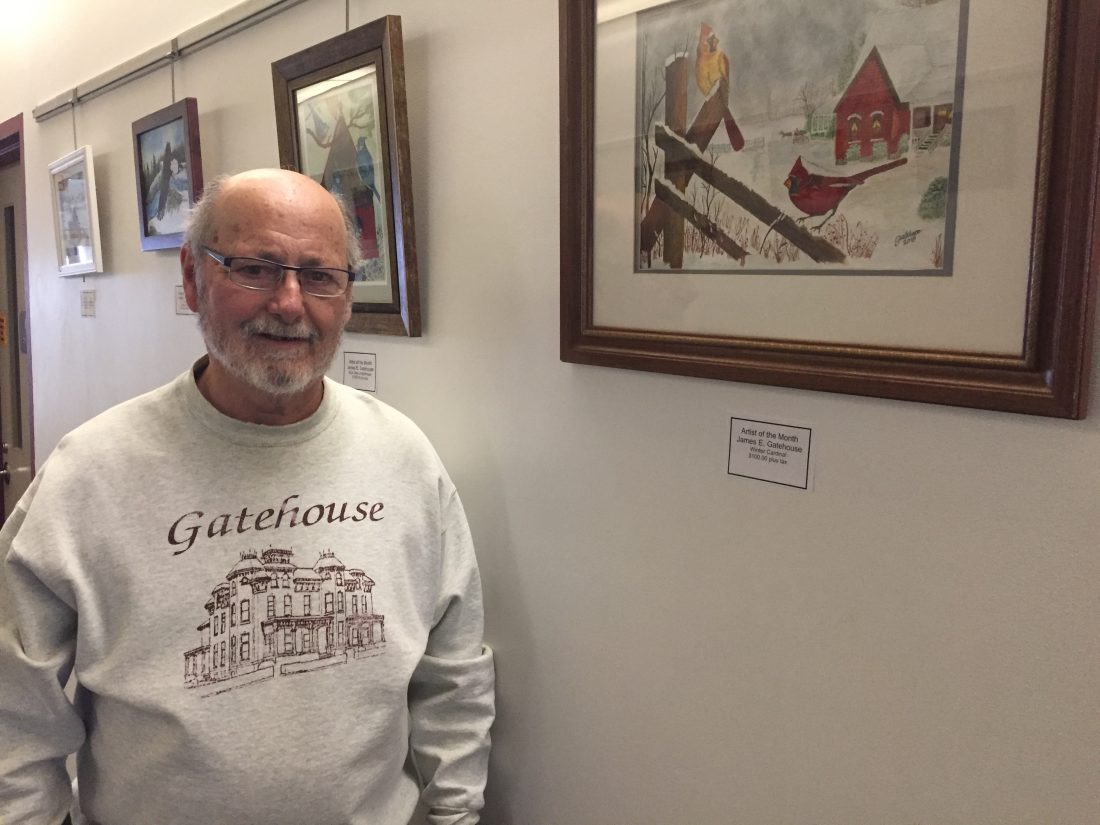 The Altoona Area Public Library Artist of the Month for March is James E. Gatehouse.

Originally from Coalport, Clearfield County, he moved to Altoona in 1966 after returning from Viet Nam with the United States Army to attend the original Altoona Beauty School.

After graduating in 1968 he opened Gatehouse Beauty Salon on Broad Avenue, Altoona.

He closed his beauty salon, jewelry and gift shop, and is best known for the costume and theatrical make-up shop, which operated for many years.

He then worked at Scissorhands Styling Salon until his retirement.

in painting in acrylic and watercolors.

After many years of involvement in his community and interest in painting, he began to experiment on his own. His friends and family encouraged him to continue. His works are the result of self-taught paintings in both mediums. He has been painting less than two years.