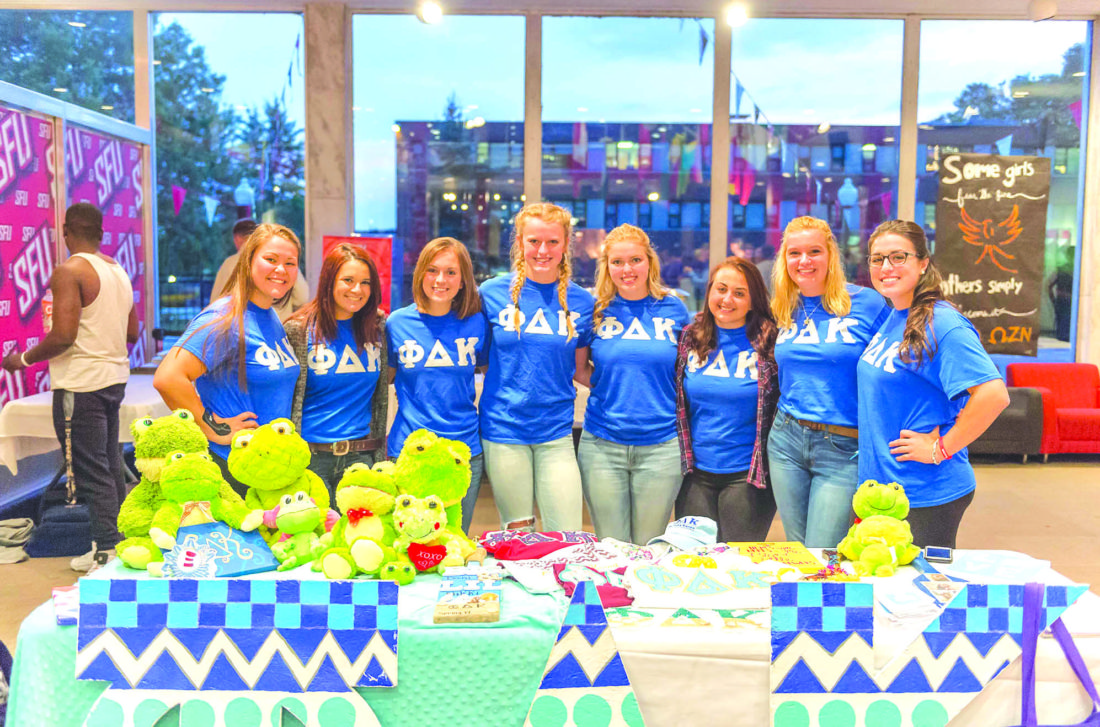 Courtesy photo The Phi Delta Kappa Sorority at Saint Francis University, Loretto, donated $10,152.95 to the Make-A-Wish Foundation last fall. The money was raised through its annual golf outing at Immergrun Golf Course, a Deal or No Deal-style game show, a campus volleyball tournament and a student bingo night.

Of this donation, $9,137.66 was used in the Greater Pennsylvania & West Virginia office and assisted with granting two wishes for children in Cambria County.

Phi Delta Kappa was able to raise this money through fundraising events such as its annual golf outing at Immergrun Golf Course, a Deal or No Deal-style game show, a campus volleyball tournament and a student bingo night.

Jeanie McMullen of Loretto was the sorority’s philanthropy chairperson in the fall and is now the president of the organization.

Jacob (11), and Taylor (7), are brother and sister, both diagnosed with cystic fibrosis, had their dreams come true, thanks to the women of Phi Delta Kappa.

was there, got “lots and

For his trip, Jacob was given a Make-A-Wish button that allowed him and his family special privileges, such as access to different lines for rides and the chance to spend time with Disney characters around the park. From his entire experience, Jacob says that the best part of the trip was the eerie Doom Buggy ride through a haunted estate full of ghouls, ghosts, and other supernatural beings.

Taylor enjoys spending her free time staying active with her friends and family playing ball or tag outside. But breathing becomes slightly harder during the warm summer months, so Taylor often thought to herself what a joy it would be to have a swimming pool.

As soon as the Make-A-Wish volunteers heard Taylor say this out loud, they started making the plans to install a swimming pool.

The volunteers shared that Taylor sees the pool as not only a way to cool off in the summer but also a way for her family to spend more time together.

On the day the pool was set to be finished, Taylor walked outside to her entire family by her new pool, along with pizza and pool toys.