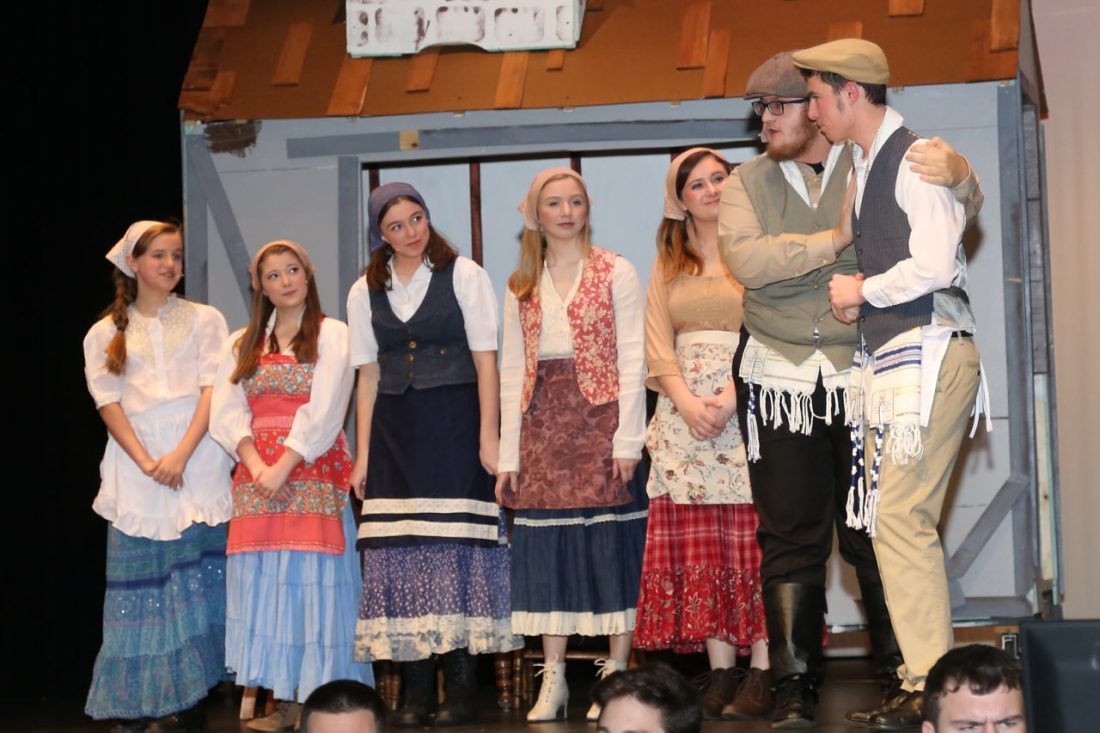 In a spring filled with the cancellation of high school musical concerts, plays and graduations, area drama teachers are “thrilled” to have their students showcased in a virtual Isaac Awards production to be live streamed at 7 p.m. June 14.

Due to restrictions imposed by the state due to the coronavirus, ACT moved to a virtual format and will livestream on Facebook and YouTube using video submitted by 19 schools and edited by Jonathan O’Harrow, according to Eric Wolf, president of ACT Board of Directors. No password will be needed to access the livestream.

In previous years, a two-night showcase of high school drama and musical talent happened Memorial Day weekend and was attended by about 1,500 students from schools in six counties. After surveying drama program directors, ACT decided to proceed with a few changes because only five schools performed their annual musical so no individual or school awards will be presented.

“The goal is for our region’s high schools to come together (virtually) and celebrate musical theater,” Wolf said.

“While it won’t be the same as actually attending the Isaac Awards, I am looking forward to the Virtual Awards. It shows that ACT still cares about high school drama in our area. The Isaac Awards are what opened me up to theater. I can’t wait to see how ACT approaches this new challenge,” said Bishop Guilfoyle Senior Bradyn Yahner.

The Benzels praised ACT for demonstrating the “show must go on” spirit.

“I think our students just found out that life is not a dress rehearsal. It’s an adventure that unfolds sometimes in strange ways.” Ann Benzel said. “I hope through all of this our students will be able to find fulfillment comes in many ways. It’s adjusting, making changes and doing what it takes. It’s the process and not the end. It’s making lemonade out of lemons.”

All 19 participating schools will receive a $500 award toward next year’s production costs courtesy of Bill and Ann Benzel, who said they will be watching the streaming event.

“We were so disappointed that the Isaacs were forced to join the long list of cancellations in our area,” Bill Benzel said. “This is an event that we truly looked forward to and enjoyed attending as well as supporting each year. We have always believed that every person on that stage is a ‘star’ in his/her own right and the Mishler is the perfect venue to showcase that incredible talent.”

Hollidaysburg Area Senior High School’s production of âFiddler on the Roof” was performed in November but the spring production was canceled two weeks prior to its performance.

“I’ve enjoyed being a part of the Isaacs for several years. It’s always fun. They give wonderful scholarships. I am thrilled they are still doing it. The $500 helps me so much to produce the next show,” Everett said. “We are so appreciative of the Benzels and their support of high school students.”

The streaming format will include a virtual choir consisting of two students selected by their teachers to perform “You Will Be Found” from “Dear Evan Hansen” to open what is expected to be a 2½ hour streaming event.

Each school will submit a five-minute video representing their musical theater students/ program. ACT set few restrictions on this portion of submissions, Wolf said, to allow for creativity.

“I love the fact that ACT is not placing a lot of restrictions on the videos being produced,” Ann Benzel said, “It’s an opportunity to lead, follow or get out of the way. I can hardly wait to see the end results. These young people are so, so talented.”

What: The Isaac Awards