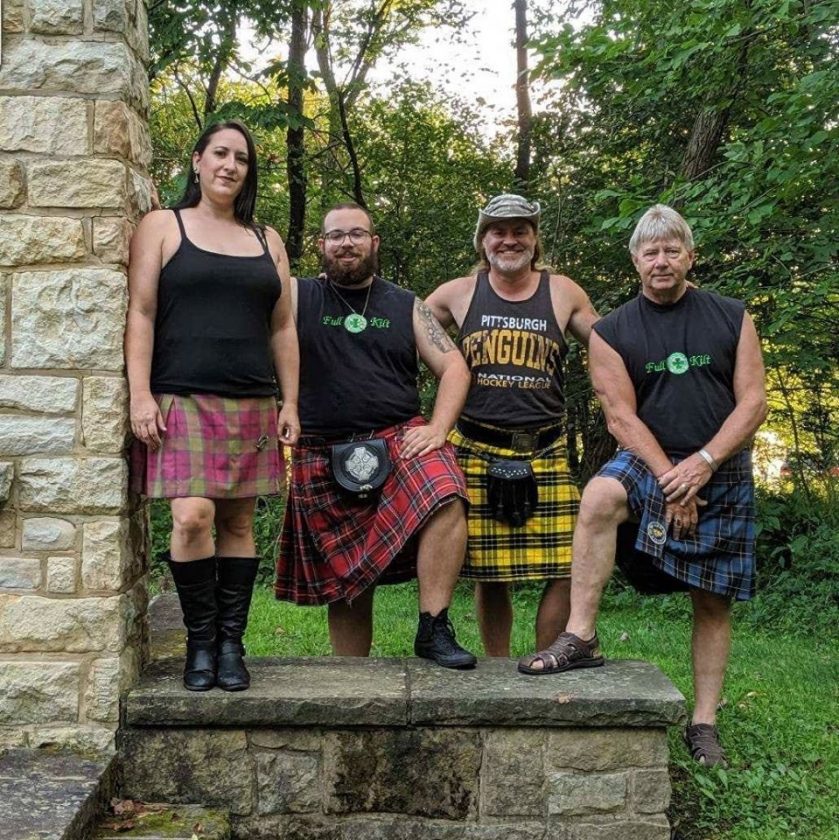 “We listened to our guests and we will be utilizing both the ballroom and the Tropical Courtyard at the Altoona Grand for both sessions,” said Candance Holliday, event marketing manager for The Mirror.

“We will have half of our breweries, wineries and distilleries in the Ballroom with Full Kilt playing and the other half will be offering tastings in the Tropical Courtyard with entertainment by The Irish Pretenders! We did this for the comfort of our guests because this event sells out each year,” she added.

“It takes a couple of weeks and several runs to craft a perfect blend of beef jerky,” Dori Stone said. “The first run may not be what we want so we tweak the recipe until we get the product to where we think it tastes amazing.”

The Kegs, Corks and Kilts event translates into new customers, said Kristy Knouse, owner of ReKlaimed Vines, who attends the Taste of the Alleghenies event for the third consecutive year. ReKlaimed Vines makes its wine in McVeytown but has a tasting floor and shop at 233 S. Fourth St., Huntingdon. “We’ve had customers travel to Huntingdon because they liked what they tasted” at the Grand Hotel event.

“It’s close to our location which is nice. They put on a good event with the music and the amount of people they allow in and the number of vendors. It works out really nice,” Knouse said.

The winery’s ‘Merica, is very popular and an example of how wine and fun mix. Winery staff yell “‘Merica” in a “very fun and loud way,” Knouse explained. “It’s one more way we try and make it fun.”

The timing of the event hits a perfect note, according to Jake Denis, general manager/principal partner, for City Beverage of Altoona. “It’s a great event they are hosting and it’s the perfect time of year after being in the house all winter. It’s the perfect time to try great beers.”

Attendees will also be among the first to sample Leinenkugel Spritzen — with its three flavor choices — officially launches in April.

“It’s a malt and low calorie and a great low carb summer drink,” he said.

Also expected to be popular at the tasting event, Denis said, is the industry’s first cold, alcoholic coffee-flavored beer from Pabst.

“It was the first hard coffee to enter the market and it’s been selling extremely well since it entered the market in the fall,” Denis said. “It’s the first one out. It’s new and everone knows the Pabst name. It’s been around for years.”

Tickets for this event can be purchased by visiting www.centralpatickets.com. For more information about Kegs, Corks, & Kilts call 946-7542 or checkout the (Altoona Mirror) Facebook page.”

Tickets: $30 at CentralPATickets.com or $40 at the door