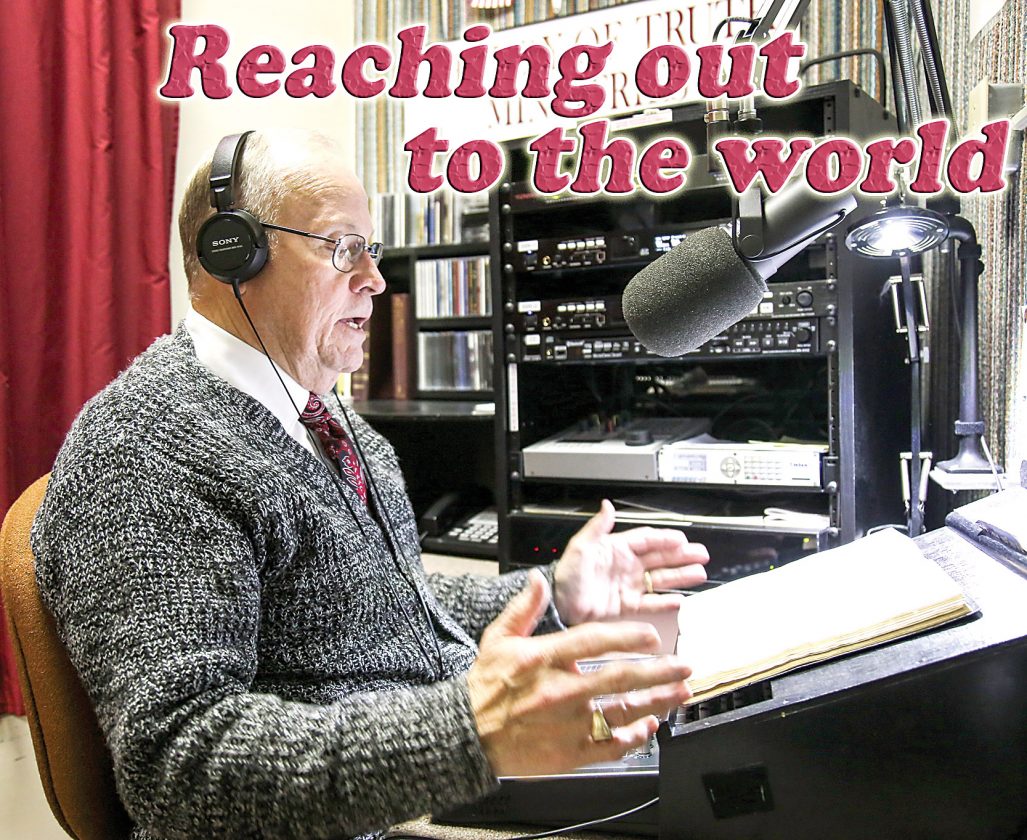 Pastor Gary Dull, president of Way of Truth Ministries, records a message for the radio program, “The Living Truth,” which is heard weekdays on 60 stations in the United States and 18 stations in 15 other countries. Way of Truth Ministries is celebrating 30 years of sharing the gospel through radio and other ministries. Its name is based on Psalm 119:30 — “I have chosen the way of truth.” Photo for the Mirror by Ike Fredregill

What started as a desire to share God’s message through radio in 1989 has expanded into a multifaceted ministry that supports Christian outreaches worldwide. They include sharing the gospel with children, military personnel, truck drivers and people living in Africa and Asia, as well as conferences to enrich the lives of Christians.

Way of Truth Ministries, based in Altoona, will celebrate 30 years of ministry with a banquet to be held at 6:30 p.m.

Nov. 21 at the Soho Room in The Casino at Lakemont Park. It will feature a guest speaker and music. Tickets are $20 and can be purchased by calling 944-2894. The deadline to purchase tickets is Nov. 14.

The ministry was started by Pastor Gary Dull, president of Way of Truth Ministries, which is a sister ministry of The Faith Baptist Church of Altoona, where Dull serves as the spiritual leader.

Dull’s fondness for the radio started when he was a boy. He enjoyed listening to Ed and Wendy King’s “Party Line” on KDKA-AM radio at night and also liked hearing preachers like Oliver B. Greene and J. Vernon McGee.

While serving a church in Lebanon, Pennsylvania, Dull did have the opportunity in 1977 to deliver Christian messages daily on local radio. But he wanted something more. He had a desire to do radio ministry that stood on its own.

Yet, he said nothing to anyone about an independent radio program until 1989 when he called his dad and told him his desire.

“My dad said, ‘You’d better run with it,'” Dull recalled. So in July of 1989, Dull asked five men to meet at the Family House restaurant in Breezewood about organizing a nonprofit 501(c)(3) radio ministry. Among them were his father and Elwood Pfaunmiller, who serves as general director of ministries for Way of Truth Ministries.

Ironically, Dull said, he got a letter that very day from a reputable survey research firm concluding that Christian radio programs independent of churches were no longer effective.

In spite of that prediction, Dull launched his first radio program in October 1989. It was a weekly program called “The Message of Truth” and aired on WJSM in Martinsburg. In January 1990, Dull began a 15-minute weekday program called “The Living Truth” that continues today with Pfaunmiller delivering “The Message of Truth,” a 30-minute weekend program.

The programs are edited by Priscilla Ritchey, who also distributes them to the stations.

“It’s a privilege to be able to put programs together to put on the radio so others can hear the gospel and come to the saving knowledge of Jesus Christ,” she said.

WJSM is now only one of more than 60 radio stations in the United States that air the messages as well as 18 other stations located in 15 different nations. They also air on three internet radio stations.

To sustain and grow a Christian radio program for three decades is a feat in itself, but Way of Truth Ministries is much more than a radio effort. It includes six other ministries.

Dull and Pfaunmiller say the expansion is possible because of how God led them and the other original board members to write the ministry’s constitution and bylaws.

“The Lord gave us a vision beyond our vision to develop a ministry under the 501(c)(3) that over time would allow other ministries to come into fruition,” Dull said.

“We don’t have to change a thing (in the bylaws) when the Lord brings ministries our way,” Pfaunmiller said. “The Lord gave us wisdom to do that.”

The other ministries are:

n The Way of Truth Baptist Mission. It includes ministries in Ghana, Liberia and India. Pfaunmiller said it originally consisted of nine missionaries, but has now grown to 60 units. The ministry has established churches, schools and a Bible college to train men and women in their native countries.

In addition, a $40,000 Christian servicemen’s center is being planned in Africa, where soldiers worldwide come to learn about jungle warfare.

In an email, Abraham said his ministry has been affiliated with Way of Truth Ministries for 20 years and has been able to start ministries in 13 villages and three states in India.

“I have been blessed by Way of Truth Ministries,” Abraham said. “I am so thankful to Dr. Gary Dull, whose vision helped me to establish a ministry in India.”

— The Biblical Trust Ministries. It is a ministry of Milt Lambertson that encompasses Bible teaching and church helps, including reaching out to missionaries.

He and his wife, Joyce, contribute to the Central Pennsylvania Bible Conference where she is the organist.

n Highway Ministry. It has mobile chapels at truck stops in Lamar, Clearfield and Bloomsburg, Pennsylvania, as well as India, Ghana and Kenya. Chaplains at the facilities minister to truck drivers.

— The Central Pennsylvania Bible Conference. It has been in existence since 1920 and merged with Way of Truth Ministries in 2014. Its purpose is to teach biblical truths and has featured well-known speakers. It is under the direction of Jim O’Bryon.

— Military Ministries. It is under the leadership of Retired U.S. Army Chaplain Colonel H. Philip Kissinger. It develops military ministries in local churches near military bases, being led from the churches. Kissinger also visits veterans in nursing homes.

— God’s Truth for Children. It is a program in Maryland where Margaret Smith ministers to children through release time classes, backyard Bible classes and works with churches to develop effective children’s ministries. Milt Lambertson is the director.

Dull said the work of Way of Truth Ministries is made possible through financial support and prayer. He said most of the support comes from regular supporters who give about $20 or $25 a month.

In the beginning, about 50 people prayed faithfully for the ministry and would receive a letter every month that stated accomplishments, needs and concerns, he said.

People continue to pray for the ministry, Dull said. About 100 people receive the Way of Truth bulletin each month and a devotional update about what God is doing so they can pray for needs.

“You can’t do anything without prayer and the power and effect of prayer warriors,” he said.

“The prayer support has enabled us to grow,” he said, adding that at the banquet people involved in the ministry want guests to see that it is God who has made all the outreaches and programs possible.

“It’s a great ministry that is reaching out to the whole world,” said administrative assistant Danielle Jagel. “So many people we don’t even know, through hearing the (radio) programs, are introduced to the gospel. God is doing a great work through it.”

Stations of the Cross

The Diocese of Altoona-Johnstown invites the faithful to pray the Stations of the Cross at parishes during Lent. ...

By Linda Gracey lgracey@altoonamirror.com With busy schedules, finding time to pause and consider the meaning ... 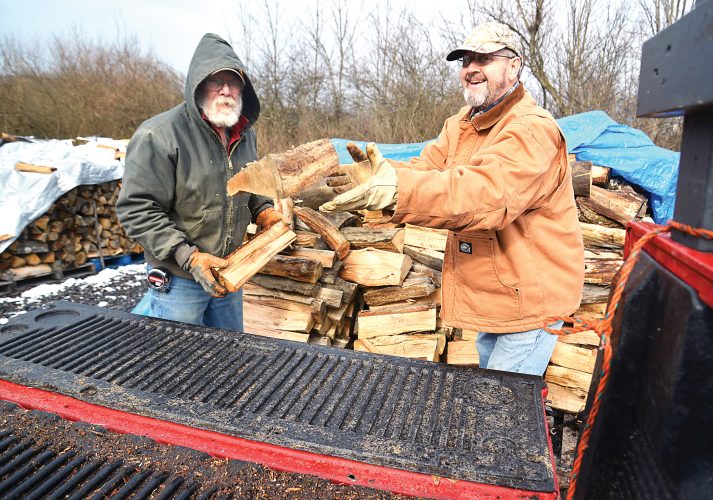