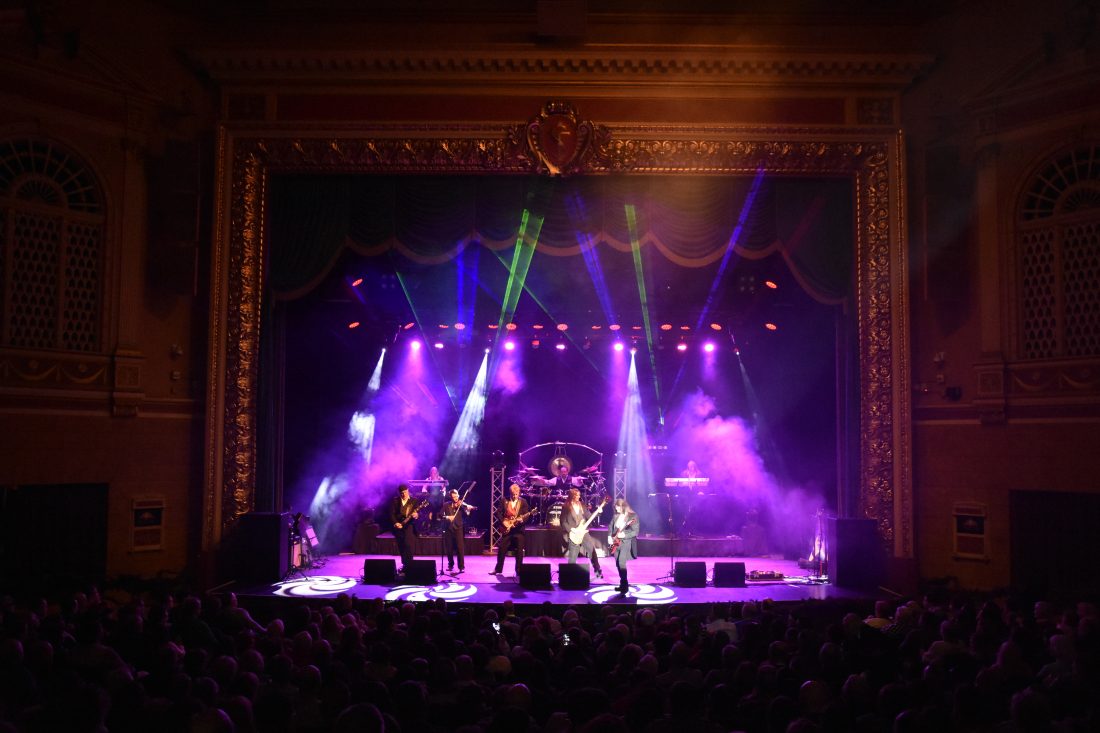 The vibrant sights and sounds of the Christmas season return to the Mishler stage Dec. 21 with Ornament, an 11-member rock orchestra featuring lights, strobes, lasers, fog and snow.

Tickets are selling fast for the Trans-Siberian Orchestra tribute band, according to Ray Eckenrode, general manager of Altitude Entertainment, a sister-company of the Mirror. With two-thirds of the seats sold before Halloween, the band’s third appearance in four years shows how popular the New England-based band remains after playing in 2016 and 2018 for sold-out shows.

A capacity crowd, “makes the travel bearable,” said Chris Nunes, the show’s founder/producer, mentioning the 9-hour ride. Nunes, who sings and plays guitar, said Ornament planned on reprising TSO’s original “Christmas Eve and Other Stories,” before TSO announced that would be their concert theme this year. “Christmas Eve and Other Stories,” is a re-telling of the iconic Christmas story featuring holiday classics “reimagined” as rock’n’roll hits.

“The return of Ornament is always highly anticipated,” Candance Holliday, event marketing manager, said. “They bring a new edge to traditional Christmas songs and perform in a variety of song styles — rock, blues and gospel music — for a wide appeal. The show is sure to inspire.”

Ornament fans will see three new faces and one from Christmases Past as guitarist Michael Mooney returns after a four-year hiatus.

“We’ve added a new female vocalist which has been a position we’ve been trying to fill for sometime, about two years,” Nunes said. The other three replace band members who moved on — a common occurrence for a seasonal band whose members have other jobs and family responsibilities.

“(America) has phenomenal vocals. She has a more bluesy-rasp to her voice and is going to fit in seamlessly,” Nunes said.

Fans will also hear classic TSO hits like “Sarajevo,” “This Christmas Day,” “Angel Returned,” “What Child Is This,” and their rendition of “Mary Did You Know.”

“We’ve played in a number of nice theaters,” Nunes said, “but the Mishler is absolutely beautiful. It’s one of the nicest theaters around and has beautiful acoustics … usually these old theaters those built before audio sound reinforcement do because the voices had to reach the second balcony without a microphone. The Mishler sounds wonderful and we’re glad to be back. It’s a fun show to do and everyone treats us so well.”