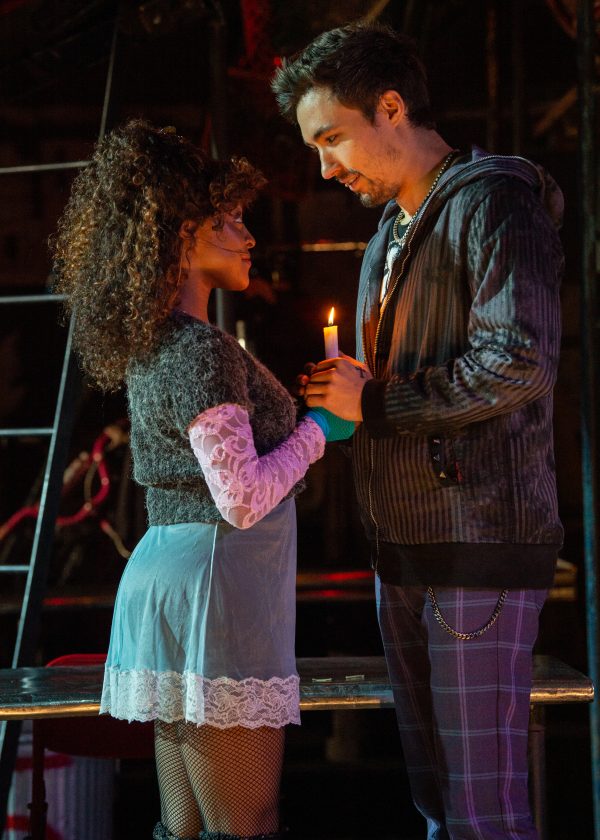 “Rent,” created by the late Jonathan Larson, tells the story of impoverished young artists who struggle to survive in Lower Manhattan’s East Village under the spectre of HIV/AIDS. After it’s 1996 premiere, it set box office records, gained critical acclaim and won several awards including the 1996 Tony Award for Best Musical and the Pulitzer for Drama — one of only five musicals so awarded. The tour is produced by Work Light Productions.

Swahl serves as the touring production’s assistant company manager and is looking forward to showing the 38 tour members Penn State’s beautiful campus during an overnight stop.

“I keep everyone in the production happy, healthy and housed,” she said, explaining that her job duties range from box office ticketing to travel and hotel arrangements and everything in between.

“They’re a great bunch. It’s truly a joy to support and care for them,” she said. It’s her first company tour and when it concludes in May she hopes it isn’t her last.

Swahl, a Pottstown, Pa., native, graduated with a degree in Theatre in December 2014. She moved to New York City and took a job in an off-Broadway theater, the West Side Theatre, in the box office. Her manager, Karron Karn asked her what her goal was — Swahl’s reply was to be a company manager.

“My success is really her success,” Swahl, 26, said, “(Karron) taught me everything she knows.”

Her experience in the box office gave her the skills to land with “Rent,” she said. Among her duties, she is responsible for working with box offices on the tour and arranging premium seating locations for the family and friends of those involved in the production.

On a recent break from the tour, Swahl visited Karn and other employees where she started out. “We are all women and we were all there together celebrating my success. There is something so wonderful about women supporting women.”

Such comaraderie is what makes “Rent” still relevant 22-years after its debut, she said, especially for those in their early 20s. “Everyone is struggling between responsibilities versus how to enjoy life. It talks to everyone. I think at some point, you see yourself in at least one of the characters. It’s a lifelong struggle.”