All about the brass

Group of musicians forms its own ensemble 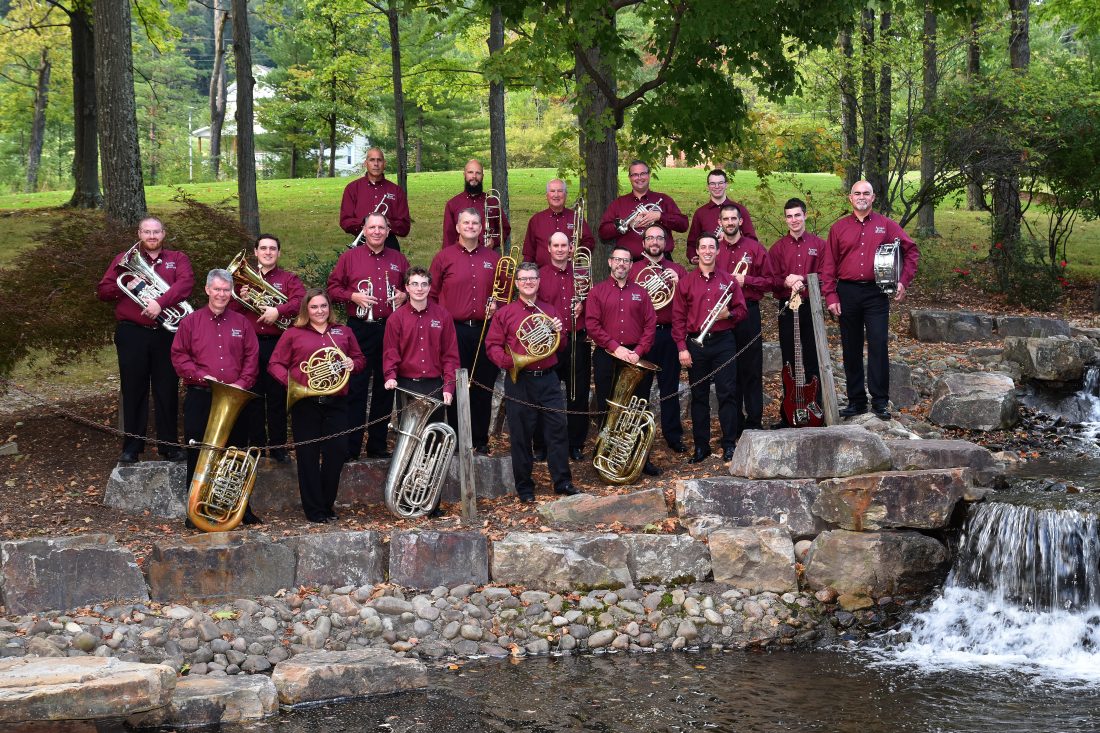 About two years ago, a group of area school band directors got together to blow their own horn for concerts at all kinds of venues.

So far, the 20 members of the Altoona Brass Collective who teach at schools from Altoona and Hollidaysburg to Johnstown to State College and beyond, say their venture is hitting the right note, with them and with audiences.

“It’s absolutely a success, in the sense that with every performance we continue to get better and we get better performing the music we play together,” said one of the members, Scott Sheehan, who is the band director and music department chairman at Hollidaysburg Area Senior High School.

Sheehan said the professional brass group got its start when the central Pennsylvania band directors, who also on the side play for various groups like the Altoona Symphony, started talking about the lack of an organized brass ensemble in the area.

Other cities like Pittsburgh have professional groups like the River City Brass ensemble but Altoona had no equivalent, Sheehan said.

Pappal composes and arranges all of the music that the group plays, which means that even if the ensemble performs a well-known piece, the sound will be a little different because every instrument’s part is tailor-made for it.

“It’s something totally original,” he said. “I take the melody and do a custom-made setting for the group. I’m very picky in terms of how things sound.”

The group’s repertoire runs the gamut from music from the 1600s to the present, from classical to rock, with everything in between including traditional, jazz and swing, Pappal said.

“When you come to see us, you’re going to hear all types of music,” he said.

Altoona Brass Collective has also played different types of venues, from church settings, a concert series in Johnstown to the Altoona and State College arts festivals to corporate events and even weddings.

The group has performed for both nonprofit events and for events where the sponsor has paid for its services. Altoona Brass Collective is available for both types of venues. Members can break into quartets or quintets to play in more intimate spaces, Sheehan said.

“We’ve also performed in smaller-sized groups,” he said. “We can be any size of brass group up to a full-sized brass group.”

Whether it’s a small sampling or the full group, Pappal agreed audiences seem to welcome the sounds of the Altoona Brass Collective.

“I think things are going very well,” he said. “We’re playing to more people than ever before.”