Some maples are more desirable than others 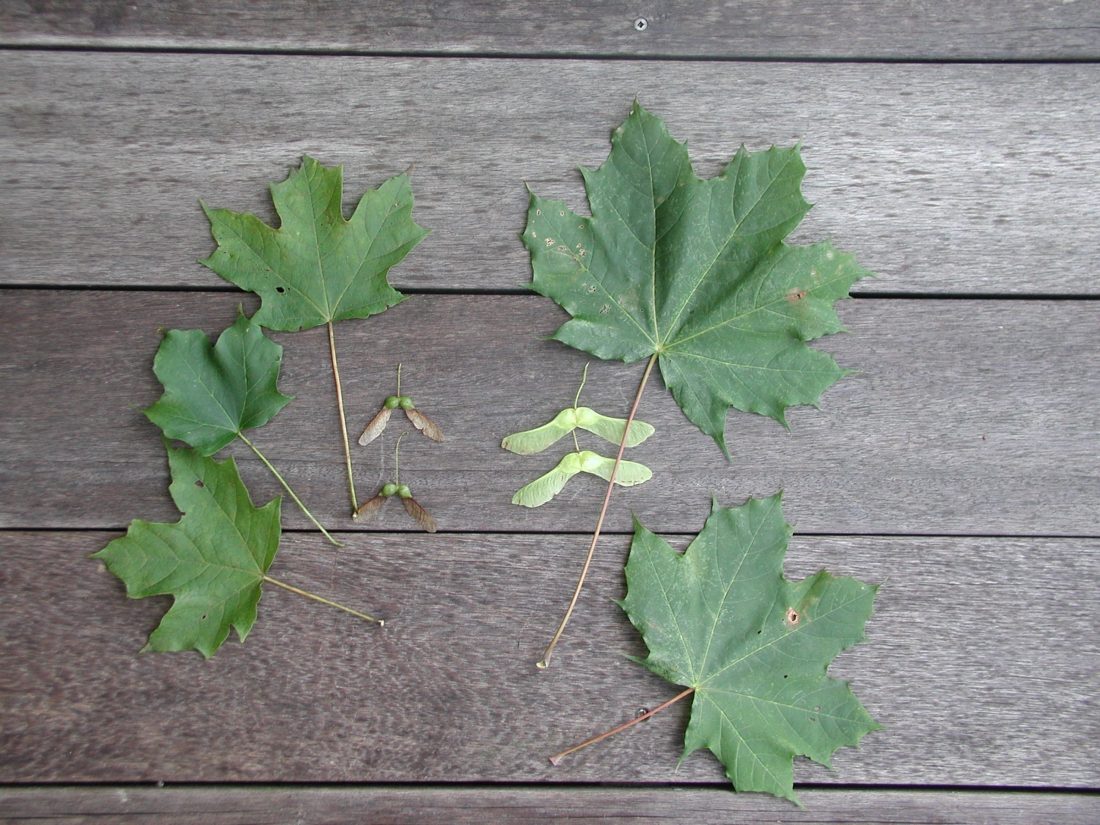 I don’t hold that lingering greenness against Norway maples. What I do hold against them is the way they leaf out so early in spring, suddenly creating deep shade, shade so dark that nothing, including lawn, can grow underneath.

The success of Norway Maple

Compound this dense shade with extreme fecundity, tolerance to pollution, and the ability to grow under a wide range of light and soil conditions, and we have — as government officials like to say — a situation.

Norway maple is an invasive plant that has escaped from cultivation to displace sugar maple and shade to death spring wildflowers such as Dutchman’s breeches, dog-tooth violet and mayapple. These wildflowers rely on early season sunlight to build up enough reserves to carry them through the winter and flower the following spring.

With its ability to grow fast and transplant easily, Norway maple’s popularity once seemed secure. The plant was brought over from Europe by the “father of American botany,” John Bartram, who offered it in his nursery catalog in 1726.

Over the years, this tree became popular for lining streets and gracing yards, and hordes of varieties were named. You may not have heard of Crimson King, a variety with deep red leaves, but you’ve surely seen it. There are also varieties with yellow-splashed leaves (Leopoldi) or narrow, upright growth habit (Columnare), or red leaves and narrow, upright growth habit (Crimson Sentry).

Is it a Sugar or Norway Maple?

Fecundity and winged seeds have made Norway maple too much of a good thing, so I’m yanking out any small plants that I come upon. Larger trees that have gained foothold in forests and fields can be done in by merely cutting away a ring of bark from the trunk at whatever height is most convenient.

Before killing any Norway maple, it is necessary to positively identify it; unfortunately, the maple that comes closest in appearance is our native, slower growing sugar maple.

One way to tell them apart is by their barks. The bark of Norway maple has regular grooves while an older sugar maple’s bark has thick, irregular plates.

For a less subtle identifier, look at a maple’s fruit, the “airplane” familiar to everyone. The two wings of a Norway maple seed spread at almost a 180 degree angle from each other, while those of a sugar maple hang down together at a much narrower angle.

Maples that are too young to flower are harder to tell apart, but you can do it by looking at the leaves. Start by cutting the leaf stalk and squeezing out some sap. If the sap is white, it’s a Norway maple; sugar maples have clear sap.

If you have a known sugar or Norway maple leaf for comparison, you’ll also see that the leaves of a Norway maple are broader compared to their height than those of sugar maple. Also, Norway maple leaves have more lobes, typically five to seven, compared with the sugar maple’s three to five, and the indented portion between the lobes of sugar maple will be more rounded. Get out a magnifying glass, flip a leaf over, and look along the major veins on the underside of a leaf. If you see pale hairs there, you’ve got a sugar maple leaf in hand.

The easiest way to tell these two maples apart is by leaf color. During the growing season, Norway maple’s leaves are dark green, much darker than those of sugar maple. And in autumn, when Norway maple leaves do finally turn color, it’s just yellow — pretty to some people, but sickly looking to me.