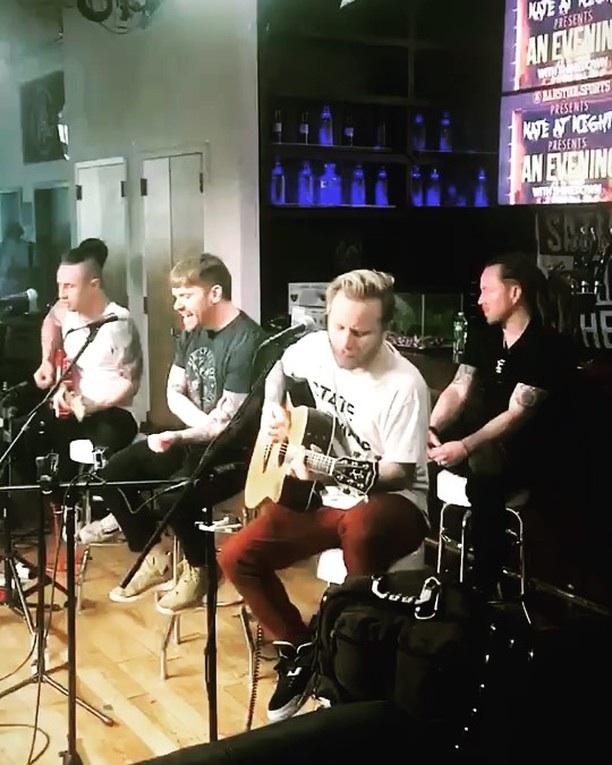 Courtesy photo The group Shinedown is coming to the Bryce Jordan Center, University Park, on Sept. 28 during its ATTENTION ATTENTION World Tour.

Shinedown returns to The Bryce Jordan Center Sept. 28 along with Papa Roach, Asking Alexandria and Savage After Midnight.

Known for the uplifting anthem “Get Up,” the stop is part of Shinedownás ATTENTION ATTENTION World Tour, produced by Frank Productions. “Get Up” became a crossover hit and spent several weeks at No. 1 on the Billboardás Mainstream Rock Songs Chart.

Brent Smith wrote the song after watching his friend deal with clinical depression.

Shinedown recently released a new piano version of âGet Upã to further the reach of the song which âoffers an urgent and universal message of hope, empathy and encouragement that has been connecting with those going through hardships of all types around the globe,ã according to a news release.

The four-member band, formed in 2001 in Jacksonville, Florida, has had some membership changes through the decades. The current lineup is Brent Smith, lead vocals; Zach Myers, guitar; Eric Bass, bass guitar; and Barry Kerch, drums.

Also appearing with Shine down:

The group has toured internationally and received two Grammy nominations. Their ninth album “Crooked Teeth” released in May features “Born For Greatness,” “American Dreams” and the track “Help,” debuted as number one at the Most Added at Active Rock and quickly became number one nationally.

The Memphis, Tennessee quintet Savage After Midnight promotes a message of empowerment in the single “Unleash” and is known for its hard rock and screamed melodies. “10 Feet Tall,” a single released from the EP “11:59” peaked in the top 40 and is being used in promos for the 2019 ESPY awards.

In addition to touring with Shinedown, they have toured this year with New Years Day and Pop Evil.