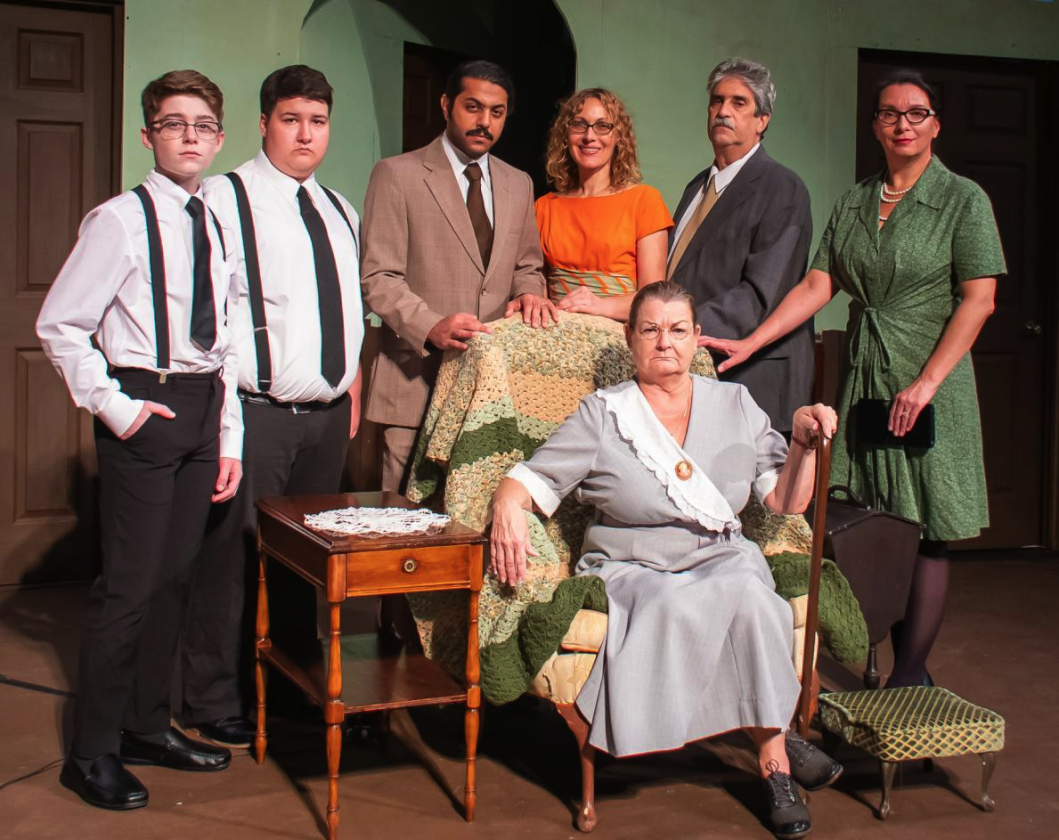 Photo courtesy of Glenn Davis The cast of “Lost in Yonkers” in their full costumes before the opening Sept. 19 at the Mishler Theatre.

The Altoona Community Theatre (ACT) is bringing to the stage a classic piece with its upcoming show “Lost in Yonkers”. The Pulitzer and multiple Tony award winning play by Neil Simon will run at the Mishler Theatre from Sept. 19-22.

The coming-of-age story is set in the 1940s and will be presented at the Mishler how it was originally written by Simon. “Lost in Yonkers” is about two young boys whose mother recently passed away and whose father needs to travel to make money to pay her past medical bills. The young brothers, Arty and Jay, are sent to live with their firm grandmother and their childlike aunt. The duo lean on each other and grow in their responsibilities. They also realize just how important family is.

“I think the reason why it won a Pulitzer and Tony is because I think the writing is so real. The words and script live through this hard time and World War II struggle. The show really captures the essence of time and how family comes together despite struggles. It shows how unbelievable times pulls us together and how we’re still family. From what I’ve seen and read it’s very truthful and very honest. It’s also heartwarming and heart wrenching,” said Cindy Stanbro, executive director of ACT.

The show, which can be considered a comedy, is very deep. “Although listed as a comedy, there are some powerful moments throughout the show that will make you think and feel for members of the family,” said Tony Malvoisin, director of the show.

Bronwyn Katdare, who plays the boy’s Aunt Bella, agrees that the play is emotional at times. “It definitely tugs at the heart strings. Anybody who is familiar with the 1940s will have a deep appreciation of what the characters are going through. Eddie (the father) has to go away and leave the kids and the kids wonder why their dad is leaving. The family is in no position to, but takes the kids because there is nowhere else for them to go. It will make you laugh and cry,” she said.

Malvoisin agreed that the audience should prepare to feel sadness and joy throughout the play. “Expect to experience a range of emotions from heartbreak to laughter,” he said.

The show, explained on ACT’s website as a “dramatic comedy with lots of heart” has plenty of unique characters. Katdare was excited to act in a Neil Simon performance.

“She is a woman child; she is the light of the show really. She has a very childlike way of seeing the world and a way to get the world to twist to what she wants. She does it all with love. She’s like a child and doesn’t know any better,” Katdare said.

Like Arty and Jay, we all have interesting people — such as Aunt Bella — in our families. Malvoisin noted this is part of what makes the story universally relatable — it centers on family.

“The main reason why I like the show so much and why I think it resonates with people so well can be summed up in one word: ‘family’. Everyone, at some point in their own lives, has had issues or situations with their family. If it’s good, bad, turmoil or harmony everyone can relate,” he said.

Malvoisin also noted that the common sentiments the characters feel are relevant to anyone. He said, “Caring, compassion, comedy, cooperation, understanding and family. These are things that people can relate to throughout time. With the right combination of those things, who wouldn’t want that in their lives?”