CLP’s ‘The Odd Couple’ has a twist 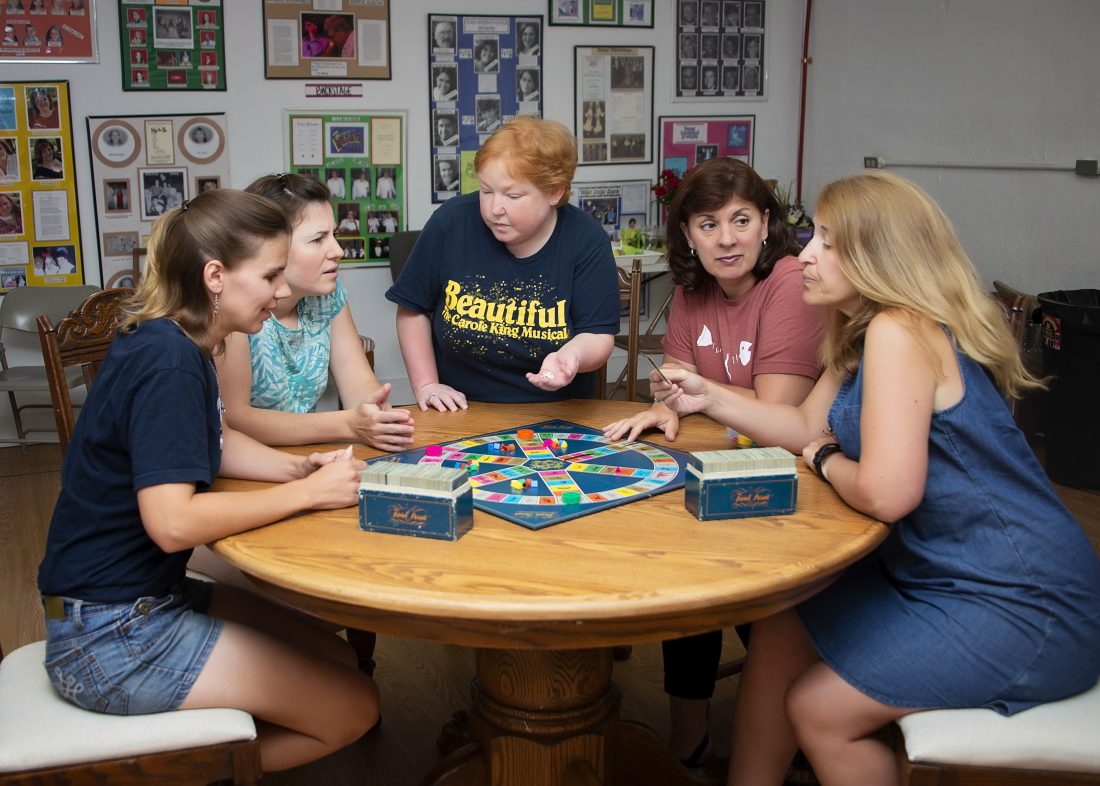 The comedic talents of the late Neil Simon combine with “wonderful chemistry” between the two female leads as Cresson Lake Playhouse presents “The Odd Couple” in Simon’s mid-1980s re-vamp of the 1965 Tony Award winning play.

Paul Seymore, artistic director of CLP, said he knew he wanted to present a Simon play when the 91-year-old three-time Tony Award winner died in 2018.

“It seemed fitting because we hadn’t done a Neil Simon play and then it became a decision as to which one to do,” he said. As creative director, Seymore said he tries to offer variety in casting. The prior production, “Newsies,” had a nearly-all male cast. So, this version of “The Odd Couple” has six female roles and two males and allows the areas female actors a chance to shine.

When he read the script more than a year ago, he said, “One thing that struck me was that while the women’s issues are of that time and not of today, all the characters are strong females … It’s a fresh take on that well-recognized male version but it’s not a mirror image. (Audience members) will recognize it.”

In this play, the lead characters are transformed into Olive Madison, played by Anna Luke of Cherry Tree, and Florence Unger, played by Altoonan Gina Volpe, Director Karen Volpe’s daughter.

The play opens with Olive and her girlfriends gathered for their weekly game of Trivial Pursuit in Olive’s messy apartment. Then, the recently-dumped and neurotic Florence arrives and Olive invites her to move concerned about for her mental health.

“Olive and Florence are polar opposites but are good friends,” explains Director Karen Volpe. “It’s Neil Simon at his best. In my opinion, if you like the male version (with Oscar and Felix) then you will like this better. The Trivial Pursuit questions add a great twist. It’s an evening full of laughter — a feel good story about the dynamics of friendship.”

While Gina Volpe and Luke didn’t know each other before the production began, the director said, “they have a wonderful chemistry on stage that will engage the audience,” noting the actors elicit laughs from stage manager Cindy Baney and herself — even weeks into rehearsal.

This is Karen Volpe’s first time directing a show at “the barn” theater and it brings unique challenges as the audience is seated on two sides of the stage and face each other. Known as a traverse, alley or corridor stage, Volpe said, she included reasons for the actors to move on stage to prevent it from becoming “stagnant” for one audience’s side.

“Many of the scenes are the six girls sitting around the table playing Trivial Pursuit,” she said. Created movement — such as the actors changing seats at the table — enables both audiences to see the actors’ fronts.

Olive, the messy, untidy character, arranges a double-date with the Costazuela brothers played by Nathan Magee and Josh Duman, both of Ebensburg.

“Nathan and Josh play these two Spanish brothers who also live in the building. These two actors have impeccable comedic timing,” Volpe said. “They’re only in two scenes but steal the show. They are brilliant.”