Miranda geeks out on ‘His Dark Materials’ 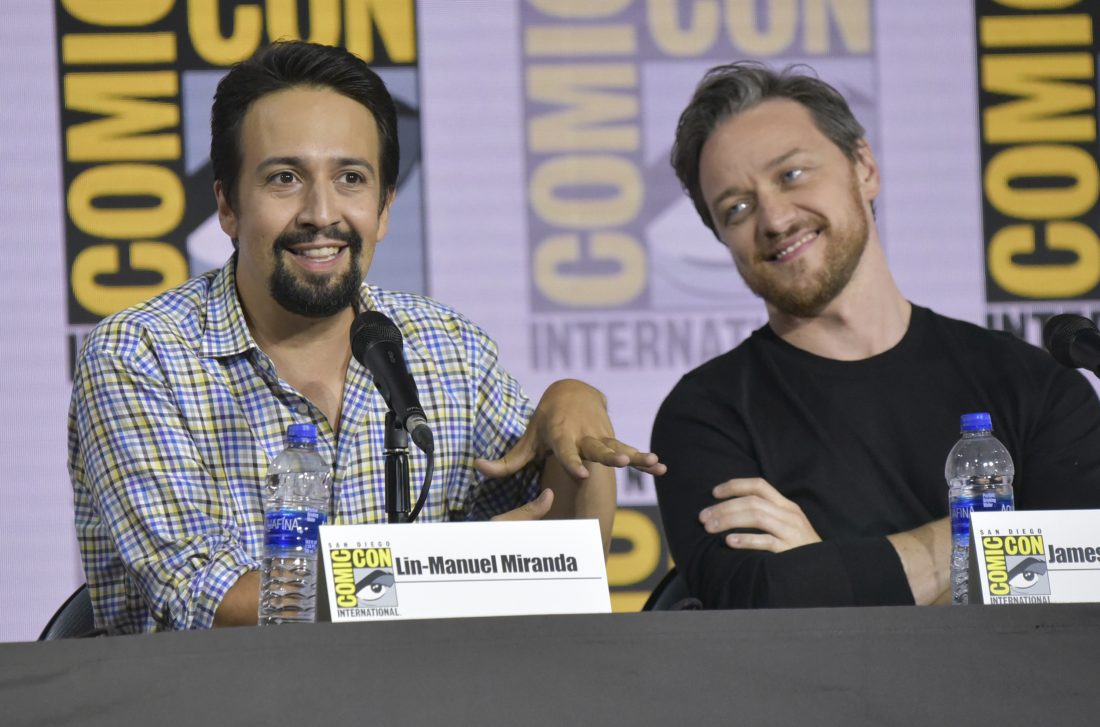 The Associated Press Lin-Manuel Miranda, left, and James McAvoy participate in the "His Dark Materials" panel on day one of Comic-Con International on Thursday, July 18, 2019, in San Diego.

SAN DIEGO (AP) — Lin-Manuel Miranda says he agreed to being in the adaptation of “His Dark Materials” before he even knew what part he was being offered.

Miranda plays Lee Scoresby, a cowboy who flies hot air balloons and gets into bar fights, although he says he would have sharpened pencils to be part of the production.

He and his fellow castmates James McAvoy and Ruth Wilson debuted a trailer for the HBO and BBC series based on the Philip Pullman novels Thursday evening at Comic-Con in San Diego.

The big-budget 2007 feature film “The Golden Compass” also attempted to adapt Pullman’s material, but it was not well received by critics and disappointed at the box office.

“I thought it was time for the books to be liberated,” said producer Jane Tranter, who convinced New Line and Pullman to let her adapt them into a series.

She helped recruit Miranda to the project while he was in London filming “Mary Poppins Returns” and he had a very personal reason for feeling so passionately about the material.

“When my wife and I stated dating we read these books together,” Miranda said. “They’re in a really special place in my heart.”

The audience responded with a big “aw” to the story.

McAvoy, who plays Lord Asriel, was also a big fan of the material — so much so that he basically signed on in a single phone call from the casting director, who is a friend of his, just days before filming was set to begin.

Lyra actress Dafne Keen, on the other hand, didn’t know the source material when she booked the role. At just 14, she told the audience that it was because the books came out before she was born. But she tore through the three books and became a fan before production started.

But Miranda was by far the giddiest of the cast, excitedly asking permission to reveal his first scene.

“I literally come into this thing singing a duet with my demon, on a big hot air balloon, which was a fun way to enter the world,” Miranda said. “I can’t believe we get to go back to summer camp this summer for season two.”

HBO has yet to set a premiere date for the series.