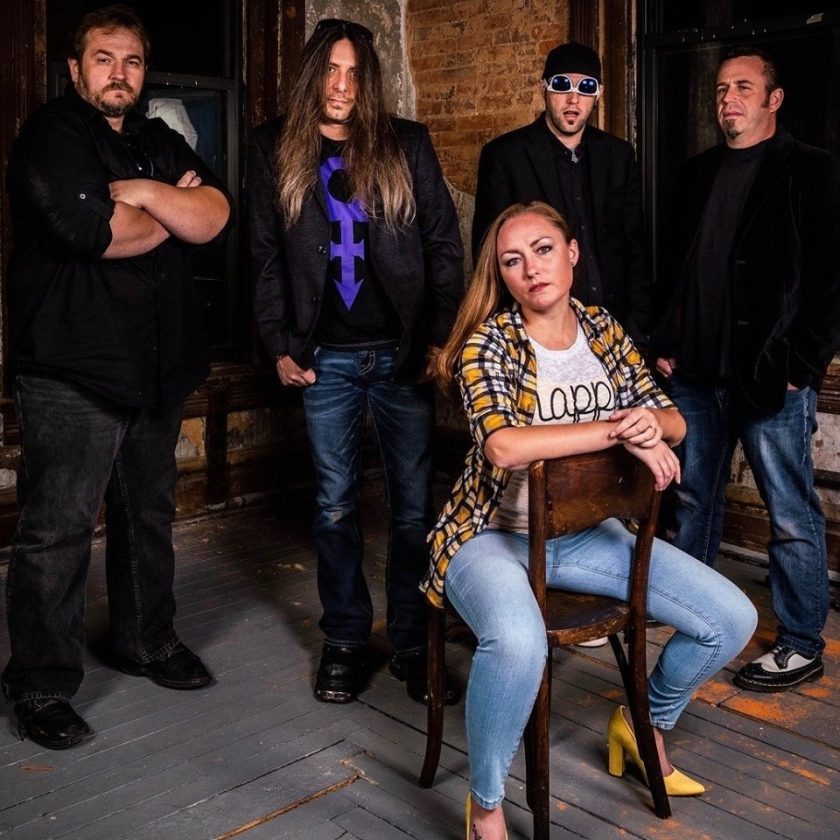 Courtesy photo This Albatross is set to play June 14 to kick off the Summer Sounds Concert Series.

Vibrations in downtown Altoona this summer will not just be from trains rolling through town. Instead, reverberations will also be heard from the music from bands who will perform as part of the Summer Sounds Concert Series. The returning concert series — free of charge and open to all ages — has become a summer staple in downtown’s Heritage Plaza.

The concerts have grown in popularity since their start 13 years ago. There will be four concerts this year instead of the typical three. The series will kick off June 14 with This Albatross set to perform. Other local bands who will play during the series include Hair Force One July 19 and Shallow 9 Aug. 23. There will be a surprise band with surprise entertainment Aug. 2.

“I think this year’s bands are so great because they are local musicians who a lot of people know. They play music that appeals to all age groups. They are fun and true performers who make you want to get up and dance,” said Madalyn McCaulley, event specialist at the Altoona Mirror who sponsors the event along with Burgmeier’s.

Jake Denis, general manager of City Beverage who provides the alcohol for the event, thinks the series is a nice way to get out to enjoy local bands.

“It’s a great opportunity to get people to come out to see different musicians,” he said.

The concert series breathes life into the recently revitalized downtown area. “The Altoona Mirror likes to bring the series to downtown Altoona because it brings people there. A lot of new businesses are popping up so it gives the community a chance to see what is going on down there and to take in Heritage Plaza and the railcar which is such an important and interesting part of our history,” said McCaulley.

Denis agrees. He said, “It’s nice to have a lot of activity downtown with new businesses. This is a great way to really try to be part of it and give back. It’s great to partner with the Altoona Mirror to get people downtown.”

At the outdoor venue City Beverage will offer a large variety of craft, special and domestic beer and wine coolers. “It’s one of the largest varieties around for an outdoor concert,” Denis said.

In addition to good drinks and music, food vendors will be on hand to help curb appetites by offering different foods to purchase.

“The library benefits in a couple of ways. The library receives a donation in exchange for providing volunteers to check IDs and by being seen as a true community partner to bring these events downtown. It also presents a great opportunity for library staff to talk to people about the services and materials the library provides to all members of the community,” said Jennifer Knisely, executive director of the Altoona Area Public Library.

McCaulley is glad that the concert series provides this opportunity for community outreach. “It’s important for us to give back to the community,” she said.

The series is part giving back and part basking in the company of the community while showcasing local entertainment.

“It is very important for people to have social places where they can congregate with neighbors and friends. By providing a family-friendly concert series downtown for free, it enables people to feel a real sense of community and enjoy some wonderful music at the same time,” said Knisely.

McCaulley agreed. “It’s just such a fun way to celebrate local bands, warm weather and our community,” she said.

Knisley hopes people in the community will take advantage of the free concerts and of downtown Altoona’s renaissance. She said, “I hope the community continues to support this concert series and all of the programming that is going on downtown this summer. We are fortunate enough to live in an area that is experiencing a revitalization, and it is exciting to be a part of it.”