Faith can be a buffer for those with health issues 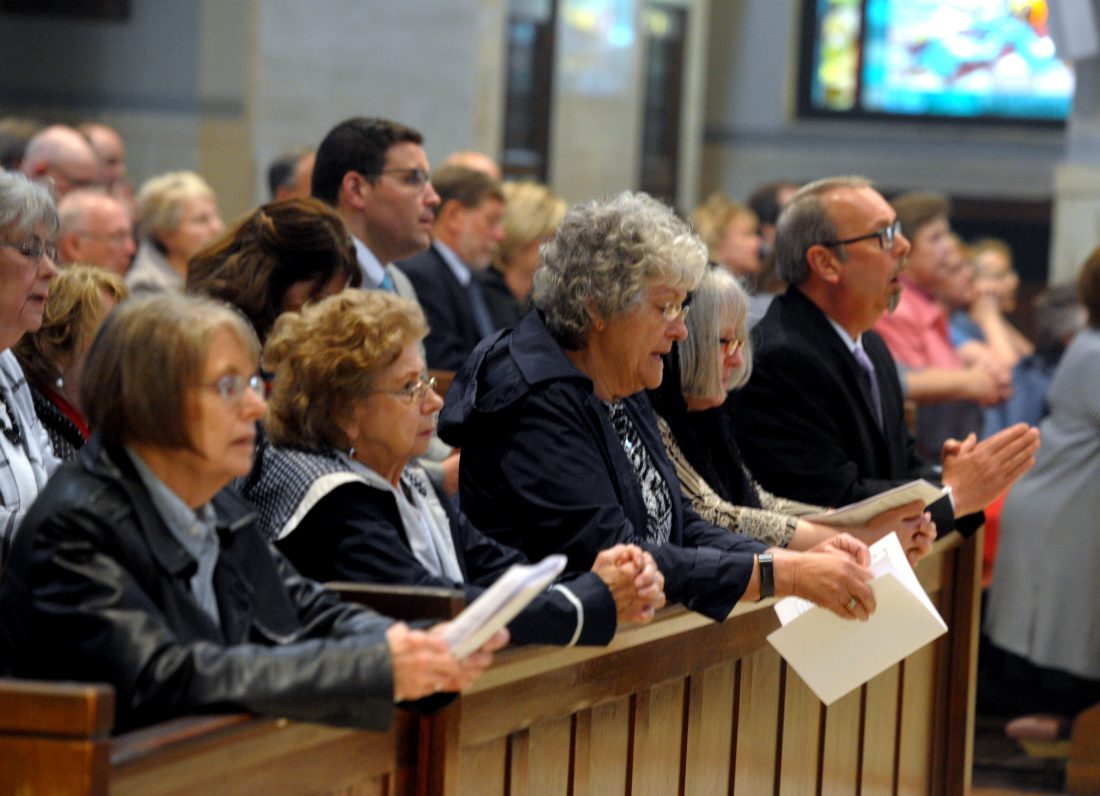 Mirror photo by Gary M. Baranec Faithful attend Mass at the Cathedral of the Blessed Sacrament in Altoona.

Editor’s note: This is the second in a series of mental health articles. They will run on the Life section cover each Thursday in May.

There is no doubt that in matters of physical and mental health, having a solid religious faith that is genuinely grounded in one’s philosophy of life can be an important factor in achieving well-being and recovery.

“There has been research done in regard to lung cancer treatment where faith-based people do better,” said Denis Navarro, retired outpatient services supervisor and clinical specialist at the UPMC Altoona Behavioral Health Services Department. “They have more hope, and they follow their treatment regimen better.

“There have been studies done on thousands of people who have been treated, so there’s definitely something to it — that if you’re a faith-based person, optimism, hope and motivation all seem to be stronger,” Navarro said.

While there’s no disputing that faith in God, Jesus, or simply a higher power can serve as a buffer for those with health issues, there is also an opposite side of the coin when it comes to faith.

“There’s a flip side,” Navarro said. “People who have fallen away from their faith (because of) some tragedy or some other experience, can become devastated. In my practice, I’ve worked with people who have lost somebody and told me that they didn’t have faith in God anymore. That’s something that somebody has to work through.”

Moreover, it is not necessarily true that atheists and agnostics always experience a lower standard of mental health than believers do.

Faith is a mysterious thing, and what seems to be important in the realm of faith is that the faith of the person be ego-syntonic — that is, that the faith fits in well with a person’s philosophy of life.

A Christian, for example, can take comfort and strength in the fact that trials and troubles must be en-dured in this lifetime, much like Jesus Christ endured the trial of the cross.

The resurrection of Christ from the dead, and the hope for an eternal life for the believer, can be a great source of strength for Christians who have lost a loved one and hope to be re-united with that loved one some day in eternity.

“If you feel that there’s a higher power, it gives you a sense of philosophy — a reason for all of this,” Navarro said. “Ego-syntonic faith means that your belief system fits with you. An ego-syntonic faith is better for mental health.”

Faith and prayer can provide a very calming benefit for people physically, spiritually and emotionally.

“Stress is a psychological, biological phenomenon,” said Dr. Joseph Antono-wicz, medical director at UPMC Altoona. “When a person gets stressed, there are actual physical changes (occurring) in the brain. The hippocampus section of the brain has been proven to actually shrink in response to stressful situations.

A psychotherapist’s role isn’t to force his or her own religious beliefs on a client, but rather, to help the client to determine the client’s own set of beliefs — if the client so chooses.

“The client directs the therapy,” Navarro said. “A therapist isn’t supposed to impose (a faith belief) on anybody. A therapist is supposed to help (a client) figure out what is important to them.”

Next article: Examining how altruism and helping others can bolster mental health.