Perry dies at 52 after massive stroke 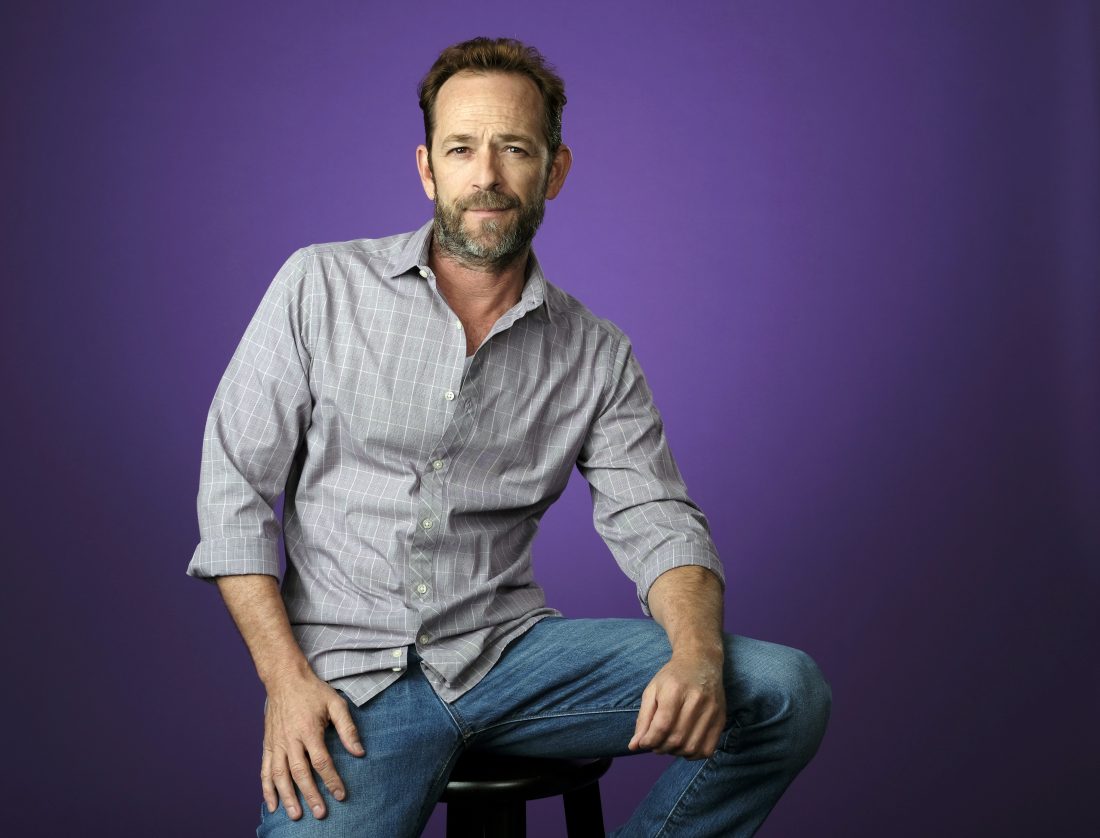 Perry was surrounded by family and friends when he died, publicist Arnold Robinson said. The actor had been hospitalized since last Wednesday, after a 911 call summoned medical help to his home in the Sherman Oaks section of Los Angeles.

“The family appreciates the outpouring of support and prayers that have been extended to Luke from around the world, and respectfully request privacy in this time of great mourning,” Robinson said in a statement. Those at Perry’s bedside included his children, Jake and Sophie; fiancee Wendy Madison Bauer; former wife, Minnie Sharp, and mother Ann Bennett.

“90210” co-star Ian Ziering paid tribute to his co-star on Twitter, where six of the worldwide top trending topics Monday morning were Perry-related.

Born and raised in rural Fredericktown, Ohio, Perry gained fame on “Beverly Hills, 90210,” which ran from 1990 to 2000. In a 2006 interview with The Associated Press, he recounted being partly inspired to pursue acting by a photo of Paul Newman his mother kept on her mirror.

He played out the memory of hearing his mother say, “He’s the most beautiful man in the world, honey … he’s a movie star.”

But Perry expanded his interests far beyond acting, identifying history as a passion and family a priority.

He had roles in a handful of films, including “The Fifth Element,” “8 Seconds” and “American Strays,” appeared in HBO’s prison drama “Oz” as a televangelist convicted of fraud, and voiced cartoons including “The Incredible Hulk” and “Mortal Kombat.”

He made his Broadway musical debut as Brad in the “The Rocky Horror Picture Show,” and starred on London’s West End in another stage adaptation of a film, “When Harry Met Sally.” In recent years he starred in the series “Ties That Bind” and “Body of Proof.”

The same day he was hospitalized, Fox TV announced that it would be running a six-episode return of “90210” featuring most of the original cast, but Perry was not among those announced.

On the original series, Perry’s character went from loner to part of a close-knit circle that included twins Brenda and Brandon Walsh (Shannen Doherty, Jason Priestley), but also endured a string of romantic, family and other setbacks, including drug addiction. Perry left the series in 1995 to pursue other roles, returning in 1998 for the rest of the show’s run as a guest star.

In a 2011 interview with the AP, Perry said he and his male co-stars were a “really good strong core group” while the show aired and maintained close ties. The friendship and trust he shared with Priestley created a sort of “shorthand” when it came to filming, Perry said.