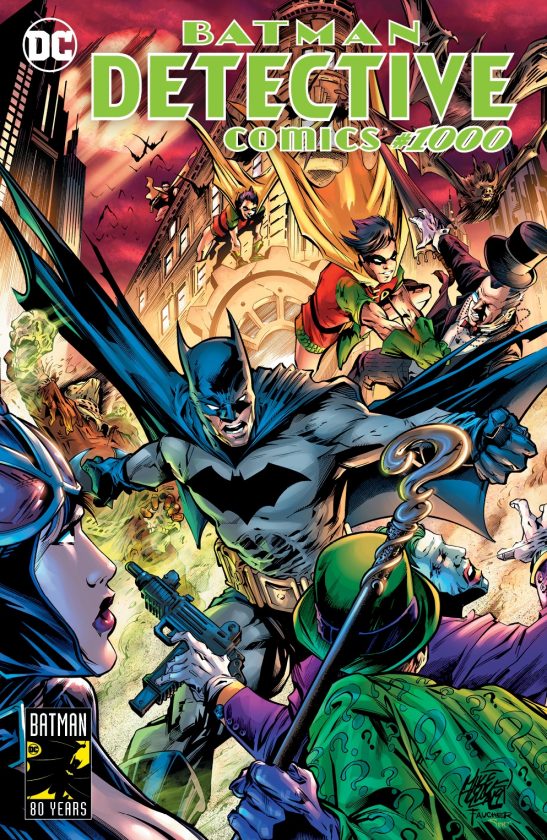 Courtesy photo This exclusive variant cover of Detective Comics 1000 will be on sale at the Comics Vault in Altoona March 27.

As part of DC’s year-long global celebration of Batman’s 80th anniversary, DC is publishing a 1,000th issue of Detective Comics, the series that introduced the world’s most popular Super Hero, Batman, and the title from which the DC brand was born.

Because Batman represents such an important part of American culture The Comics Vault, 1130 12th Ave., decided that to get involved.

An exclusive variant cover was commissioned that portrays Batman and Robin taking down some of their most iconic villains in the heart of Downtown Altoona.

The team that made this come true includes:

Mike Lilly, a penciler in New York City and comic book artist who freelances for major comic-book publishers on such titles as Nightwing, X-Men, Punisher, Batman, Detective Comics and more.

Wayne Faucher, an award winning inker from Johnstown, inked the page. He first worked with DC Comics in 1994 over the title “The Demon.”

Some of his later titles are Shadow of the Bat; Action Comics, Catwoman and many others. He is also best known for his works on Spider-Man and Detective Comics.

The colorist was Alex Sinclair who has worked in the comic book industry as a colorist for 25 years.

He has spent most of his career coloring for DC Comics and their many iconic characters including Batman, Superman, Green Lantern, Justice League, Harley Quinn and Wonder Woman.

The comic officially launches March 27. Lilly and Faucher will be in the shop signing copies of the book March 30 starting at 11 a.m.