A version of Alexa skirts some kid questions 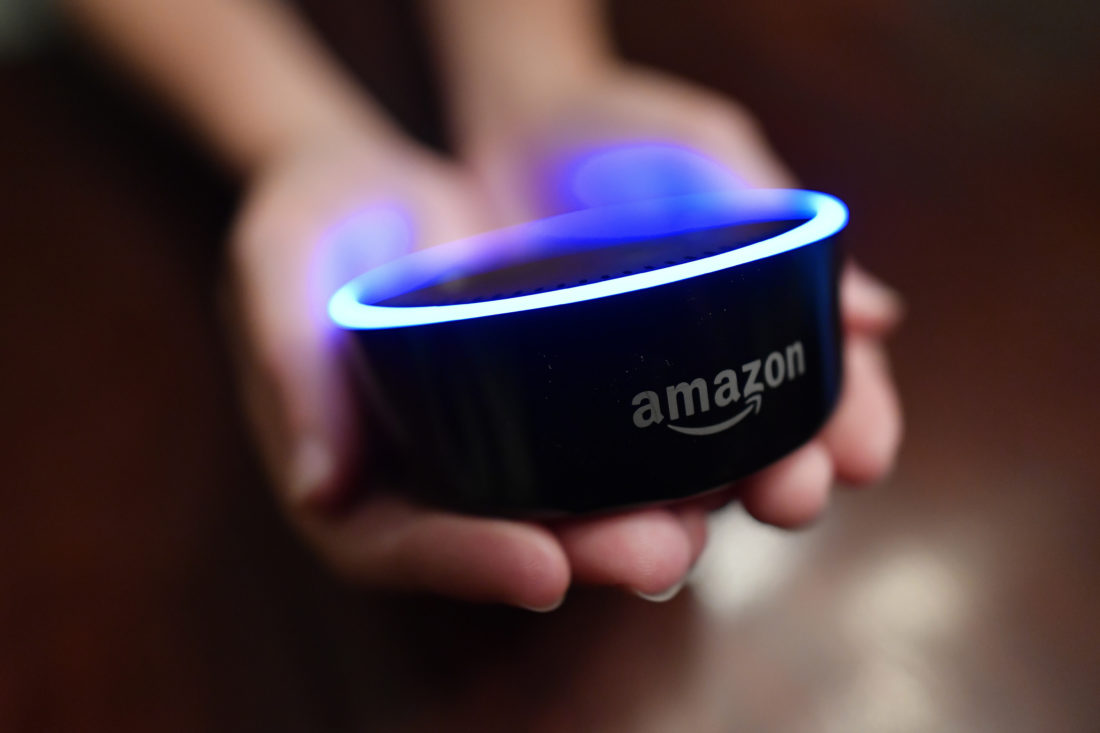 The Associated Press In this Thursday, Aug. 16, 2018, photo a child holds his Amazon Echo Dot in Kennesaw, Ga. Amazon updated its voice assistant with a feature that can make Alexa more kid-friendly. When the FreeTime feature is activated, Alexa answers certain questions differently.

NEW YORK — A version of Alexa won’t tell kids where babies come from or spill the beans about Santa. It also won’t explain some things kids might have heard on the news — like what Stormy Daniels does for a living.

Amazon updated its voice assistant with a feature that can make Alexa more kid-friendly. When the FreeTime feature is activated, Alexa answers certain questions differently. Asked where babies come from, for example, the kid version tells youngsters to ask a grown-up.

Amazon.com Inc. says it worked with child psychologists for some of Alexa’s answers, and that the voice assistant is “always getting smarter” with updated answers.

“Alexa isn’t intended to be a replacement parent or caregiver,” the company said in a statement. “So we believe it’s important we treat these answers with empathy and point the child to a trusted adult when applicable.”

FreeTime has other features, such as keeping Alexa from playing songs with curse words. Asked to play a Cardi B song, it played a version of the rapper’s “Bodak Yellow” with the explicit lyrics removed.

Parents can also set times for Alexa not to answer when kids should be studying or sleeping. “Sorry I can’t play right now, try again later,” it says during down times. And it also tries to encourage kids to yell out questions and commands more politely, thanking them if they include the word “please.”

Still, the Campaign for a Commercial-Free Childhood and other child development advocates warned parents that the kid-friendly voice assistant puts children’s privacy at risk and limits interactions with people. Amazon says it takes privacy and security seriously, and says parents and kids can use the device together.

FreeTime, which can be turned on in the Alexa app, is available on the Echo, Echo Plus and Echo Dot devices. Amazon is also selling an Echo Dot Kids Edition with a colorful case and a 2-year warranty that costs $79, about $30 more than a regular Echo Dot.

So, what exactly is the kid-friendly Alexa telling children? We asked it some questions to see how it would respond and compared it to the regular version:

ALEXA, WHERE DO BABIES COME FROM?

Regular: “Babies are made through the process of reproduction.”

Kid version: “People make people, but how they’re made would be a better question for a grown-up.”

Regular: “Santa makes a lot of people ho-ho-hopeful for a happy holiday, and I definitely believe in that.”

Kid version: “Just check if the cookies you set out for him are gone Christmas morning.”

ALEXA, PLEASE TELL ME WHO THE PRESIDENT IS.

Kid version: “The United States’ president is Donald Trump. By the way, thanks for asking so nicely.”