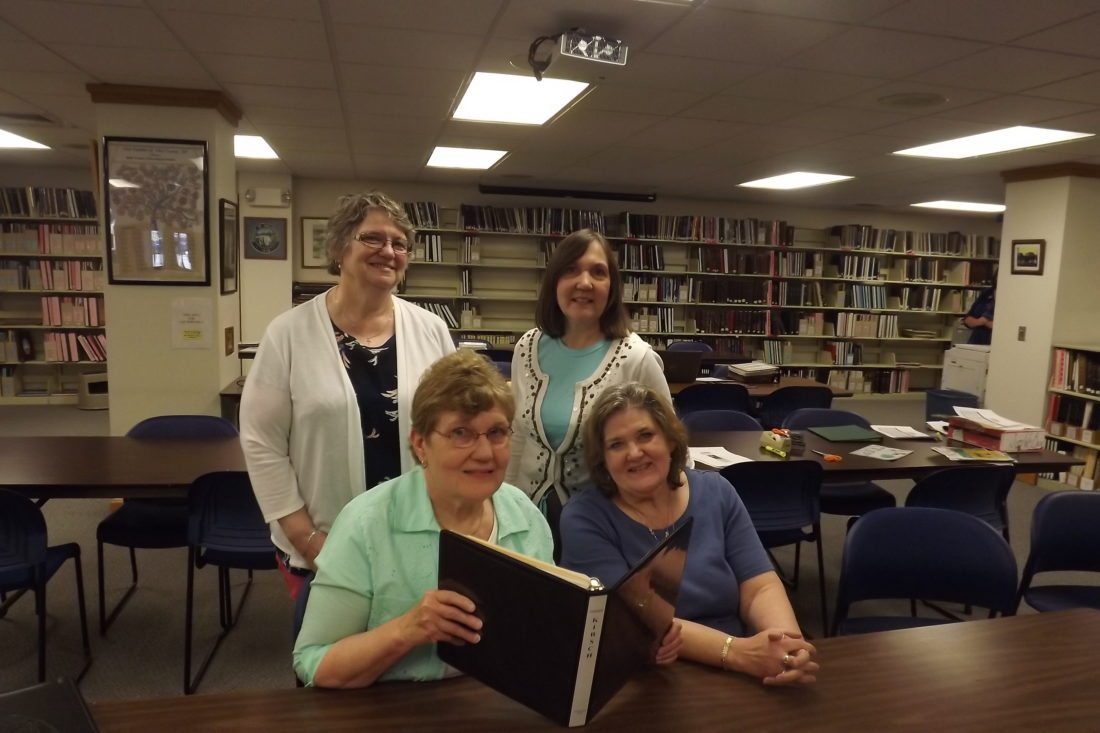 Mirror photo by Patt Keith These four sisters (above, seated from left) are Agnes Kirsch and Evie Reigh, and (back, from left) Joyce Hoffman and Mary Reifsteck. The sisters carpool to the Blair County Geneaological Society in Hollidaysburg every week to help preserve family connections for future generations.

Today is Mother’s Day, a day for candy, cards and kisses. From poets like de Balzac to modern authors like Mitch Albom, much has been said about the maternal influence.

Angela (Hoffman) Dively, 40, of Altoona credits her mom’s annual family reunion with strengthening her own familial ties and genealogical interests.

“They all have their own different personalities,” Angela said. “By watching her interactions, I’ve learned that keeping family close is important. You don’t have to agree on everything to be family and love each other.”

Elaine Conrad, their friend and the editor of the Blair County Genealogical Society (BCGS) agrees and refers to them in the collective as “the four Beiswenger sisters.”

“You can hear them giggling and laughing as they come through the door each Tuesday,” she said. “You hear them often before you see them. They are tightly knit and genuinely care about each other and genealogy.”

On Tuesdays, they carpool to the society where they volunteer preserving other families’ milestones and conclude the day by exercising together. Genealogy is an additional tie that binds, so these grandmothers aspire to make genealogical research easier and preserve family connections for future generations.

Dively credits her mother and aunts for demonstrating through their actions that “presence” is better than “presents.”

“My sister and I are very different, but I know she will always be there for me and I will be there for her,” Dively said.

Also, with Dively will be her 19 first cousins — and that’s only cousins on her mother’s father’s side.

As Dively explains with gratitude, “I can look on a map and find Stuttgart, Germany, and say, ‘This is where we came from.'”

It’s a sense of belonging she first recognized as a teenager from attending family reunions and realizing, in her words, she is a “small piece.”

“It made me feel grounded and centered and gave me a broader view of life,” she said.“I’m a small part of this family. If just one person married someone different, I wouldn’t be here. It’s not all about me. They (her mother’s family) have made me think: What is my legacy?”