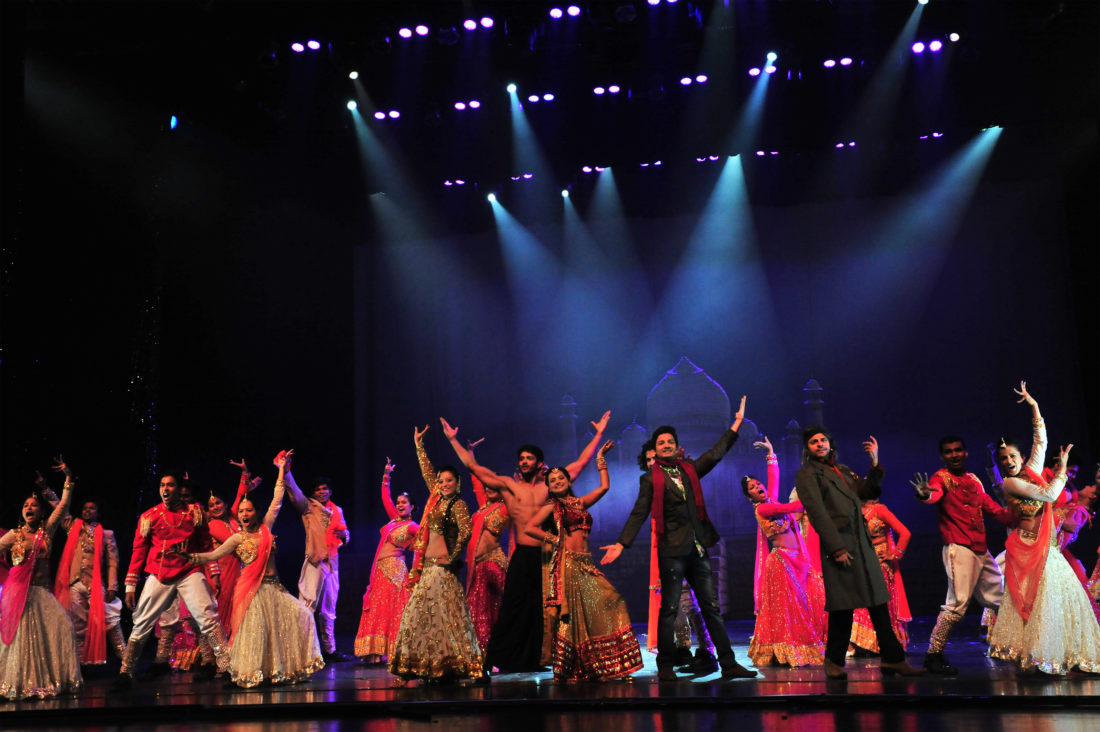 Experience a Bollywood show and get up close to Indian culture as the Indiana University of Pennsylvania (IUP) brings “Taj Express: The Bolly    wood Musical Review” to campus on Valentine’s Day.

The performance, sponsored by the university’s Lively Arts program, is at 8 p.m. Feb. 14 in the Fisher Auditorium. Tickets range from $18 to $40.

“We always are looking for things that are diverse in nature, and we try to bring in a few things that are international in nature,” said Hank Knerr, executive director of The Lively Arts. “This show is a lot of fun.”

It has been touring Europe and was scheduled to begin its U.S. tour today, and Indiana is one of the smaller venues that will be hosting the show, Knerr said. IUP was able to land a spot on the tour because it will be in Pittsburgh the following evening; tickets to the Byham Theatre there are $30 to $50.

“Our ticket prices” are cheaper, there is no parking fee and access is more convenient, Knerr said. “And it’s Valentine’s Day. It will be a great date night.”

Events earlier that day will highlight the show and IUP’s active India Partnership Program that is part of the Eberly College of Business.

At 3 p.m., several cast members from Taj Express will lead an interactive session on India and Bollywood in the Ohio room at the Hadley Union Building on campus. It is open to the public, and participants will have the opportunity to learn traditional Bollywood dance, ask questions about Indian culture and Bollywood and then socialize with the entire cast while enjoying a finger-food reception of traditional Indian cuisine. Reservations are recommended by emailing jwacker@iup.edu.

The reception is being provided by the Indiana Partnership Program led by its director, Dr. Prashanth Bharadwaj. He said IUP has partnerships, similar to exchange programs, in eight countries, including Germany, France, Palestine, Norway and China, and the largest is in India, specifically in Bengaluru, home to the country’s high-tech industry.

In partnership with PES University there, 24 IUP faculty members annually spend two weeks each in India, teaching their respective subjects in a concentrated program.

“They are our students from day one, our curriculum, our syllabus, our credits, our faculty and our degree,” Bharadwaj said. “It’s good for the students because they’re studying one topic for two weeks and it’s at a lesser cost because they’re staying at home in India. It’s a win-win because our faculty gets the experience of teaching in a different country.”

Students have an option of spending the second year at the Pennsylvania campus to complete their degrees, he added. Nearly 1,000 students have graduated from the India program since it was created 12 years ago and now work at such corporations as GM, Citibank and BMW of North America, he said.

IUP also has a summer leadership study program that pulls students from India but not for credit study and, conversely, IUP students can participate in the Discover India program that exposes them to industrial, cultural and other aspects of that country.

Despite anti-immigrant rhetoric on the rise recently in the news and social media, Bharadwaj said he believes students from India are welcome in the United States because the two countries have so much in common; both are democracies with secular-run governments.

To coincide with the Taj Express program coming to Indiana, Bharadwaj is taking his students into area high schools with information about India and Bollywood.

“A lot of people don’t know about Bollywood,” he said.

It is considered the Indian equivalent of Hollywood, and “Taj Express” is a love story centered around the industry.

The show combines music, dance and film in one performance and explores the world of traditional Bollywood shows. It fuses western and eastern cultures with classical Indian dance steps, sensual moves, traditional costumes, and pulsating modern music played on classical Indian instruments, according to a show press release.

While the show starts at 8 p.m., various student groups will be in the lobby starting at 6:45 p.m. with a Valentine’s Day Mocktail event, offering samples of special, non-alcoholic concoctions appropriate for the day.

The events are for all ages, but more likely enjoyed by the teenager and older crowd, Knerr said

“This will be the perfect date night for this special day,” he added.

Every historically significant event had a beginning. It’s probably safe to say that, at least occasionally, ...

50 YEARS AGO: Jan. 17, 1970 The first ever downtown pedestrian mall was planned by the Altoona Redevelopment ...