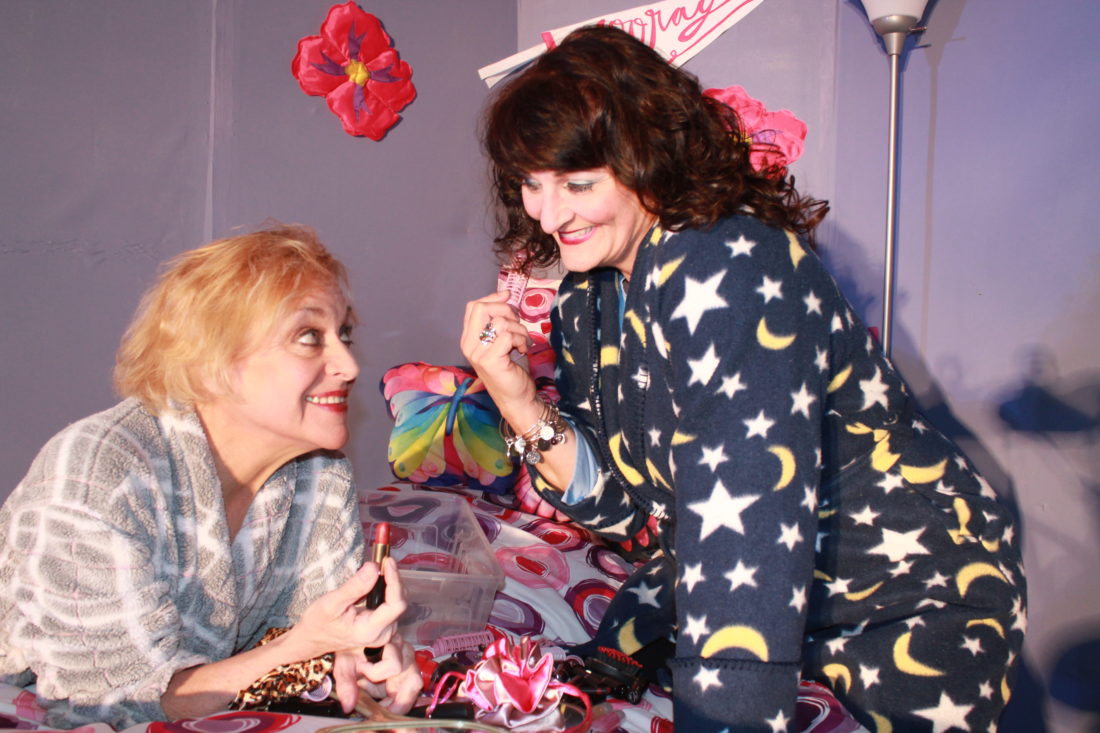 TYRONE — Women who want to have fun will enjoy a night out at the Iron Bridge Dinner Theatre here when the company presents “Girls Only — The Secret Comedy of Women” in a run of shows that begins Jan. 12, artistic director and owner Drew Baker promised.

“‘Girls Only’ is so much fun for a night out with friends,” Baker said. “It’s not mean-spirited. No one gets bashed. It’s warm and sweet. It examines experiences with which all women can relate, and it’s done in a positive way.”

“One is quite spunky and the other is kind of awkward, but you would definitely want to hang out with them,” a theater press release said. “We all know these girls and like them.”

The audience is an active participant in the play, it said.

An audience favorite, according to Baker, is a dance routine involving pantyhose with both actresses trying to squeeze into the “culturally mandated attire of torture and shame … set to music.”

“It’s called the ‘Pantyhose Ballet,'” he said. “You know why it’s so popular? Because all ladies have done that dance.”

“It’s just ridiculously funny,” Baker said. “The show is timeless and we are thankful to be bringing this new show to central PA audiences.”

It mixes comedy, improvisation, audience participation, songs and video in a “sweetly jaundiced examination of all things girly,” he said.

“If one has to choose one reason for its success, it has to be its universal theme,” he said. “We see our mothers, sisters, friends and notably, ourselves, at every turn, and it’s hilarious.”

While women dominate the audience, Baker said about 3 percent of patrons are men.

Written by Barbara Gehring and Linda Klein, “Girls Only” was first produced in 2008 at the Denver Center for the Performing Arts and has played at theaters across the country.

What: “Girls Only,” presented by The Iron Bridge Dinner Theatre