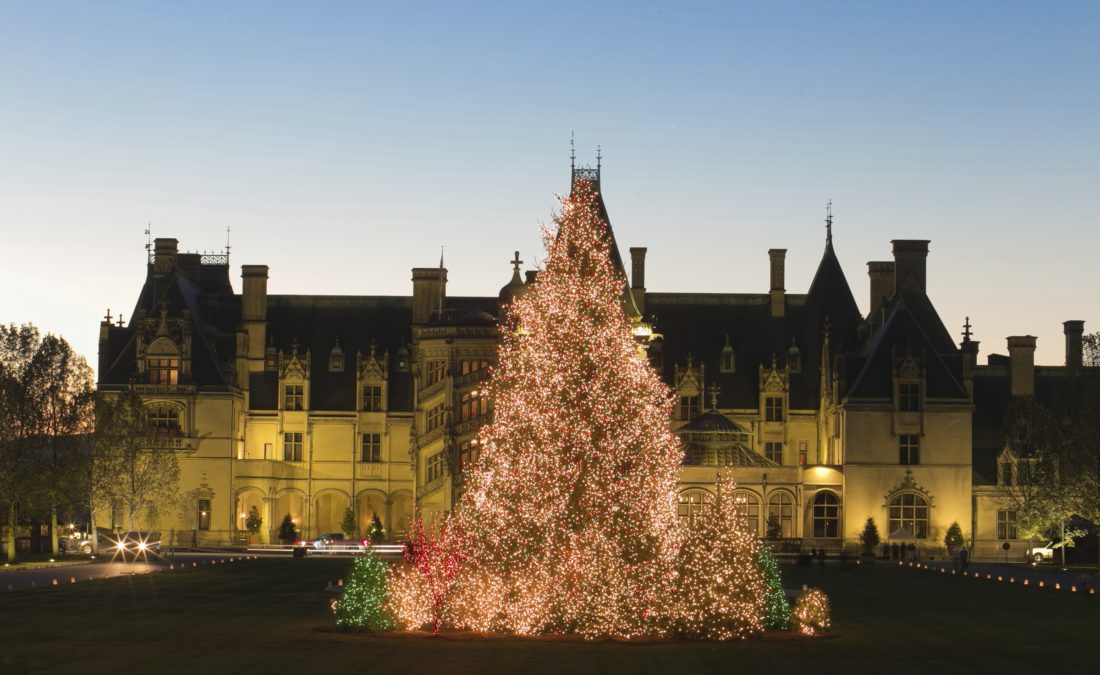 This Nov. 4, 2016 photo shows a massive Christmas tree covered in lights outside The Biltmore House in Asheville, N.C. Lonely Planet has named Asheville the No. 1 destination on its 10 best in the U.S. list for 2017.

The travel guidebook publisher Lonely Planet has picked Asheville, North Carolina, as its top U.S. destination for 2017, despite a state law limiting LGBT rights that has led companies, entertainers and others to boycott the state.

Lonely Planet gave Asheville the No. 1 slot on its “Best of U.S.” list despite the LGBT controversy because the city “has always been an open, welcoming place, and continues to be after the legislation,” Lonely Planet magazine managing editor Rebecca Warren said.

She added that “while Lonely Planet doesn’t condone the political exclusion of others,” Asheville “thrives on diversity and tolerance. The city has many LGBT-owned businesses and there has been an outpouring of support this year for its LGBT communities, including signs cropping up around the city saying ‘Y’all means all.'”

After the state passed the law known as House Bill 2, the NCAA relocated championship games out of the state, Bruce Springsteen canceled a concert and PayPal reversed plan to open an operations center in Charlotte.

Asheville has become a travel hotspot in the last few years, thanks to its location in the Blue Ridge Mountains and attractions like the Biltmore mansion, North Carolina Arboretum, a sophisticated restaurant and brewery scene and the River Arts District, an old industrial neighborhood revitalized by artists and entrepreneurs.

Asheville Convention & Visitors Bureau executive director Stephanie Brown said the city has a “long history as a warm and welcoming place” that makes it worthy of the Lonely Planet honor.

Christopher Sgro, executive director of the LGBT organization North Carolina Equality and a member of North Carolina’s General Assembly representing Greensboro, said in a phone interview that Asheville residents and leaders “are welcoming and try to create a progressive community, so I understand why Lonely Planet would want others to enjoy the city.”

But he added that he also understands why “a lot of companies, events and performers have not come to North Carolina … When I hear someone’s not coming to the state (because of the law), I’m not upset with them. I’m upset with our ridiculous state leadership.”