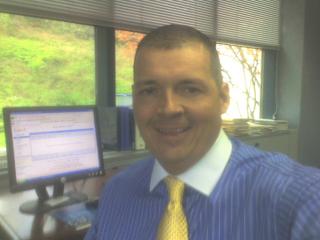 The bottom line: The final score shows the injury-plagued Steelers played the Patriots tighter than most would have imagined, but the game action told another story with New England turning in an uncharacteristically terrible performance and Pittsburgh failing to seize the golden opportunity in a haze of stupid backup quarterbacking tricks, coverage breakdowns and game management gaffes, venturing into enemy territory eight times on the afternoon and exiting with exactly one touchdown and three field goals.

It was over when… On an afternoon when all Mike Tomlin’s game management warts reappeared at once, no play better signified Pittsburgh’s futility than the one they ran with 6:57 remaining, down 11 with only two timeouts left. First, Maurkice Pouncey was called for a hold that nullified a nice Le’Veon Bell run, then :33 precious seconds ran off the clock then Pittsburgh called it’s second timeout. Ballgame.

Play of the day: What a different afternoon it might have been had Landry Jones used all that wide open space he had to throw Antonio Brown open in the back right corner of the end zone on Pittsburgh’s fourth offensive play of the day. But instead of throwing a pass that only AB could get to, ensuring at least a field goal, Jones tried to be dangerously precise and underthrew his man for an easy end zone interception for Malcolm Butler.

+ The statistics show Landry Jones was serviceable on the afternoon and he certainly had his moments, especially when you consider the raggedy corps of receivers he worked with for most of the game, but he also easily could have thrown five interceptions. The Patriots don’t drop as many balls in a season as they did Sunday, and turned the ball over twice in Pittsburgh territory, to boot.

+ Lost opportunity aside, we all had “L” circled on the schedule for this game since April, so the faceplant last week in Miami still stands as the largest blemish for the Steelers pre-bye. That blemish, though, makes the game at Baltimore in two weeks a potential season shaper. These are not your father’s Ravens, it’s an average team, at best, and one Pittsburgh needs to beat twice if they have any kind of designs on a deep postseason run.

+ What a quarter and a half from Jarvis Jones! Baby steps, baby steps.

+ We’ll see what smarter people think once they watch the All-22 tape, but it did not appear that Mike Mitchell had a very good game in coverage, especially in the second half.

+ Gronk and Martellus Bennett under 100 yards combined and only one touchdown? You’d take that every day of the week.

+ We like Craig Wrolstad and that crew. They were a little heavy handed with the holding calls Sunday (and then missed one against James Harrison on Rob Gronkowski’s TD catch) but their final line, 14 assessed for 125 yards, is just about the norm in the NFL these days.

+ We’re encouraged that officials seem to be abiding by Dean Blandino’s assertion that the NFL is going to be more careful this year about using slow-motion replays to overturn calls. The first quarter fumble by Chris Hogan that stood was a prime example of something that would have looked at frame-by-frame in the past and overturned.

+ Welcome back, Mike! Seriously, after a relatively clean slate game management-wise in 2016, Tomlin reached deep into his bag of tricks Sunday with ill-timed timeouts, ill-conceived challenges and ill-advised late-game “strategy.

+ We’re not surprised at all that Tomlin went for a 54-yard field goal on a day his kicker was clearly struggling rather than trying to convert a 4th-and-2 down 11 with nine minutes remaining. Oh, don’t get us wrong, it was a laughable decision, but not surprising. Tomlin has told us dozens of times that he does not think about such things in advance, trust his gut in the moment and never questions his decisions afterward. Garbage in, garbage out.

+ Tomlin’s challenge of a clear catch by Rob Gronkowski in the second quarter might’ve been the worst of his coaching career. The only explanation for the challenge was that someone in the Steelers booth must have thought the Calvin Johnson ” process of the catch” rule applied, but that’s only in play when the receiver goes airborne. The end result is that Pittsburgh lost another shot at the end zone at the end of the first half (and it would have been two more shots if Darius Heyward-Bey hadn’t wasted :11 by failing to get out of bounds with :36 left.

+ More gibberish from Simms late in the fourth quarter when Mike Tomlin decided to punt on a 4th-and-13, down 11, with six minutes and one timeout remaining. The play was analyzed thusly: “Tomlin playing the percentages here.” Really, Phillip? We’re pretty sure the odds of converting a 4th-and-13 are markedly better than punting in that situation. In fact, www.theinternet.com tells us the odds of converting a 4th-and-13 are 1-in-5, 20 percent. And ESPN’s win probability chart tells us Pittsburgh had a 1-in-1,000 chance of winning after they punted in this situation. Again, reality is the opposite of Simms’ analysis.

And now a word from our sponsors: Chrysler has Jim Gaffigan as a spokesman and someone thought to put a built-in vacuum in the Pacifica van? We might buy stock.

Sweet tweet: @shawncurtis430: Mike Tomlin seeking out apartments in a quaint village called Fear. (Blogger’s note: That right there is a damn near perfect tweet, referencing Tomlin’s head-scratching field goal try in terms of all the crazy gambles taken in his career and justified by saying he doesn’t “live in his fears.”

Next week: The Steelers have arrived at their much-needed bye, no longer the Super Bowl favorite they had been declared (but never really were) in August, but well positioned to qualify for an AFC playoff berth, especially if the post-bye football includes returns by Ben Roethlisberger, Marcus Gilbert, Markus Wheaton, Cam Heyward, Bud Dupree and Ladarius Green.

#STEELERS PREGAME STRETCH: In too deep?

STEELERS PREGAME STRETCH: Back to black?