The senior circuit: Reid hoping to provide leadership for Lions 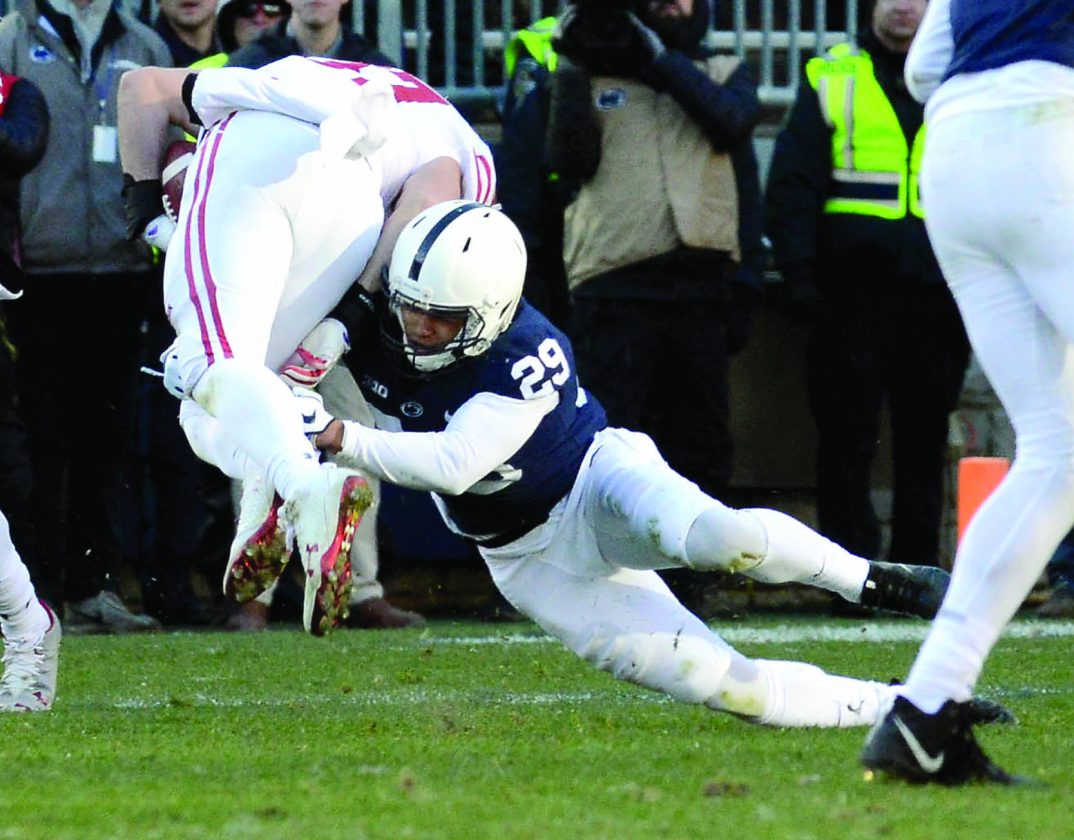 Mirror file photo by Patrick Waksmunski A fifth-year senior, John Reid suffered a serious knee injury before the start of the 2017 season at Penn State.

The Associated Press poll released on Monday has Penn State starting the season ranked 15th. There are seven Big Ten teams in the top 25 this year.

UNIVERSITY PARK – Expect cornerback John Reid to be one of Penn State’s defensive leaders and a candidate for a 2019 captain’s role.

The fifth-year senior cracked the starting lineup as a true freshman in 2015 and has more career starts (27) than anybody on the Nittany Lions’ defensive unit.

Team-wise, only guard Steven Gonzalez (29) has made more.

“I’ve been here a little while,” Reid said on PSU media day, “and I have pretty much the same mindset.”

A Philadelphia native, from the moment he arrived, Reid combined trusting his ability with a strong self esteem.

“I just always believed in myself,” he said. “I’ve had confidence. When you come in as a freshman, it’s kind of about showing everybody what you can do. I kind of expected that from myself.”

He started the 2015 season opener, at Temple, appeared in all 13 games and was named (by ESPN) to the Big Ten’s all-freshman team. He rode his freshman season and enjoyed a solid sophomore year, earning honorable mention by both the Big Ten coaches and media and at times looked like the defense’s best player, certainly its best young player.

He was also emerging as a top punt returner.

Then adversity hit when he tore the anterior cruciate ligament (ACL) in his left knee prior to the 2017 season, causing him to redshirt.

“I’ve been playing football all my life so having to sit out a year was rough,” Reid said.

He returned last season and made 11 starts and finished second on the team in pass breakups with eight. He seemed to get stronger as the year unfolded and is now matching his pre-injury form.

“Recovering from an ACL is physical, but a lot of it is mental,” said safety Garrett Taylor, a fellow fifth-year senior and Reid’s close friend, said. “He’s not thinking about it anymore. He’s making cuts and making plays on the balls left and right.”

“Not only did he (Reid) look as good as he did pre-injury but better from an experience, from a maturity, from an understanding of our defense and our culture,” James Franklin said.

When the Lions open against Idaho on Aug. 31, Reid will start at one corner with Tariq Castro-Fields likely at the other. Donovan Johnson and true freshman Keaton Ellis, the State College Area High School product, are in the mix as potential backups.

Safety has multiple choices as well with Taylor at one spot and Lamont Wade, Jonathan Sutherland and JUCO transfer Jaquan Brisker competing for the other starting berth.

“Not only is GT (Taylor) a veteran who’s played a lot of football for us, he’s a great leader and very mature. He’s changed his body. He’s ripped up. His body fat is way down. He looks great. He’s moving really well and playing with a lot of confidence.”

“We’re deep everywhere and being able to compete with everybody is a lot of fun,” Reid said. “We have a lot of young guys coming in.”