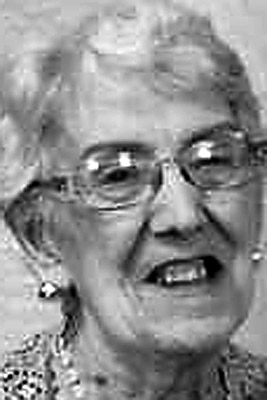 Fortuna “Flory” D’Aloisio Ciambotti, 92, Altoona, passed away on Sunday at her residence surrounded by her family, following a brief illness.

She was born in Altoona, the first child born to the late Domenic and Jane (DelBiondo) D’Aloisio. On May 25, 1949, she married Domenic “Nick” Ciambotti and they recently celebrated their 70th wedding anniversary.

She was predeceased by her brother, Bernard; and in-laws: Jack O’Connor, Pearl and Dan Riccio, Louis and Yolanda Ciambotti, Mary and George Zahra and Raymond Goss.

Flory was a graduate of Mount Aloysius Junior College and of Saint Francis College. She retired from the Altoona Area School District in 1990, having taught third and fourth grades at Keystone, Fairview and Juniata Gap Schools. She also taught at Holy Rosary and St. Leo’s schools.

She was a member of the Holy Rosary Catholic Church. She had been a member of the Blair Senior Services Wednesday art class, Blair Garden Club and the Alto Art Guild. She volunteered for many years as a Judge of Elections and at Altoona Regional Health System.

She was a gifted artist and was celebrated for her portraits in oil.

Flory enjoyed watching Penn State football and was an avid Steelers fan. Above all, her life was brightened by spending time with her husband, children, grandchildren and great-grandchildren. She was renowned for her homemade bread and cinnamon rolls.

Friends will be received from 3 to 7 p.m., Thursday, Oct. 10, 2019, at The Stevens Mortuary Inc., 1421 Eighth Ave., Altoona, where a vigil for the deceased will be held. A funeral Mass will be celebrated at 10 a.m. Friday, Oct. 11, 2019, at the Holy Rosary Catholic Church, Father Ron Osinski celebrant. Committal will be held at Calvary Cemetery.

In lieu of flowers, the family requests that donations be made in Flory’s memory to the Blair Concert Chorale, P.O. Box 722, Altoona, PA 16603 or to Muddy Paws Rescue, 28-21 46th Street, First Floor, Long Island City, NY 11103 or on the website at muddypawsrescue.org.